2017 is a year firmly dedicated to technical excellence for Vacheron Constantin, which is presenting its first ever grande sonnerie wristwatch: an extremely rare occurrence in the sphere of Haute Horlogerie. This innovative interpretation of the ultimate horological complication is a paragon of user-friendliness and pure, uncluttered lines. Protected from any inadvertent handling by several ingenious security devices, its 727-part movement – striking the hours and quarters in passing – features a strike-mode selector (for the grande sonnerie and petite sonnerie) operated via the bezel and is associated with a minute repeater activated by a crown-fitted push-piece. A magnificent example of how Vacheron Constantin expresses extreme complexity through the art of simplicity. 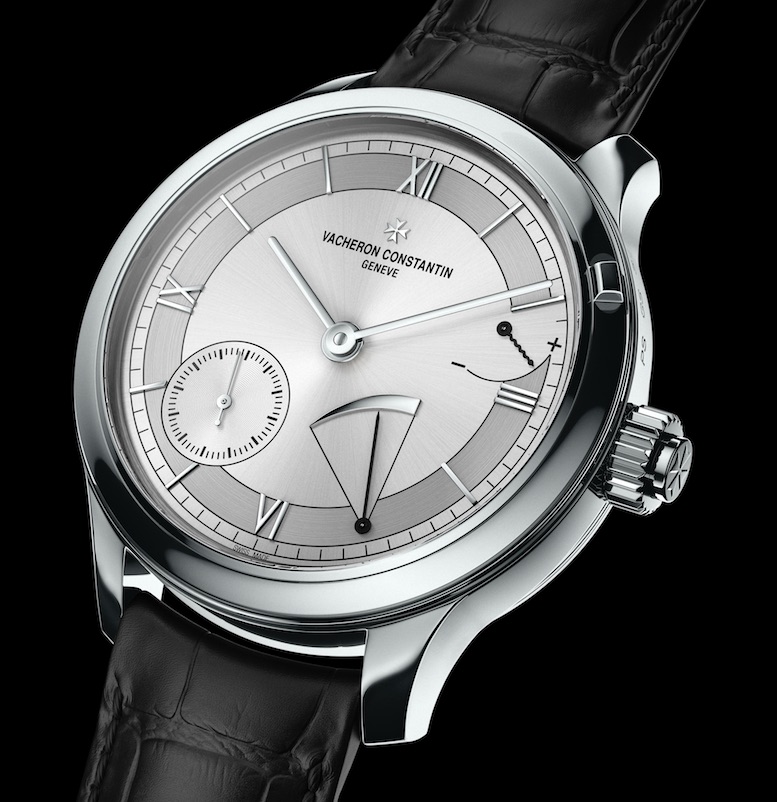 The one-of-a-kind Les Cabinotiers Symphonia Grande Sonnerie 1860 – the first grande sonnerie wristwatch in the history of Vacheron Constantin – presented at the SIHH 2017 embodies a two-fold technical prowess: creating a supreme complication that only a handful of virtuoso watchmakers in the world are capable of mastering, while making it both simple and secure to use for its owner. Its ultra-complex and sophisticated bi-directional manual-winding movement – brand-new Manufacture Vacheron Constantin Caliber 1860, which required 10 years of development – is equipped with innovative security systems. The latter protect its striking mechanisms, controlled by the bezel and a crown-fitted push-piece, from any detrimental mutual interference. After 500 hours of assembly performed by a single master-watchmaker, its 727 finely adjusted components interact perfectly to provide an extremely rare and sought-after combination of complications: grande sonnerie, petite sonnerie and minute repeater. Arrayed in white gold, this masterpiece of miniaturisation that can also be customised features a beautifully pure design. Its original construction means that the striking mechanism, generally placed beneath the dial, is in this instance visible on the caseback side. This creation bearing the Hallmark of Geneva continues along the trail blazed by the remarkable Reference 57260 unveiled in 2015: the world’s most complicated watch with its 57 complications and a vivid emblem of excellence according to Vacheron Constantin.

Supreme complication
Within the Hall of Fame of technical sophistication and mechanical poetry, striking watches represent one of the rarest and most sought-after horological complication families. Admirably demonstrating a blend of demanding expertise and technical virtuosity, along with a discerning musical ear, this prestigious category comprises minute repeaters striking the hours, quarters and minutes on demand; as well as grande sonnerie and petite sonnerie mechanisms automatically striking the hours and quarters in passing or only the hours. The grande sonnerie – due to its incredible scale of miniaturisation, its technical and acoustic complexity as well as the considerable amount of energy required by its mechanism – is widely regarded as the supreme complication. It calls for several hundred components and drives the mastery of energy and mechanical complexity to the uttermost heights – and all this within a wristwatch. A ‘sizeable’ challenge, since a grande sonnerie must at all times have enough energy to strike the required number of chimes (up to 96 activations in 24 hours, meaning 912 chimes) while ensuring impeccably high-quality sound.

Authentic mastery
Whereas Les Cabinotiers Symphonia Grande Sonnerie 1860 is the first grande sonnerie wristwatch to be produced by Vacheron Constantin, the expertise acquired by the Manufacture in this demanding discipline dates back to the 18th and 19th centuries, with pocket watches endowed with grande sonnerie and petite sonnerie mechanisms (1827) or with a grande sonnerie and a minute repeater (1908). From the mid-19th century onwards, Vacheron Constantin distinguished itself in this field by associating striking mechanisms with other complications such as chronograph or astronomical functions. In the 20th century, which saw the birth and rise to supremacy of the wristwatch, Vacheron Constantin applied its historical expertise to wristwatch formats, such as with the ultra-thin minute repeater Caliber 1755 in 1991, the world’s most complicated double-sided watch – combining a minute repeater with 15 other complications – presented in 2005 for its 250th anniversary, as well as the famous world’s thinnest minute-repeater Caliber 1731 introduced in 2013.

The ultimate grande sonnerie complication is based on empirical expertise acquired through years of study, development and fine-tuning. Since the birth of the first grande sonnerie wristwatch in 1992, only a handful of independent manufacturers and independent watchmakers can claim to have reached such a pinnacle of technical refinement and miniaturisation.
With this new creation, Vacheron Constantin brilliantly rises to the challenge of housing grande sonnerie, petite sonnerie and minute repeater mechanisms within a space measuring 37 mm in diameter and a mere 9.1 mm thick. An authentic horological work of art. 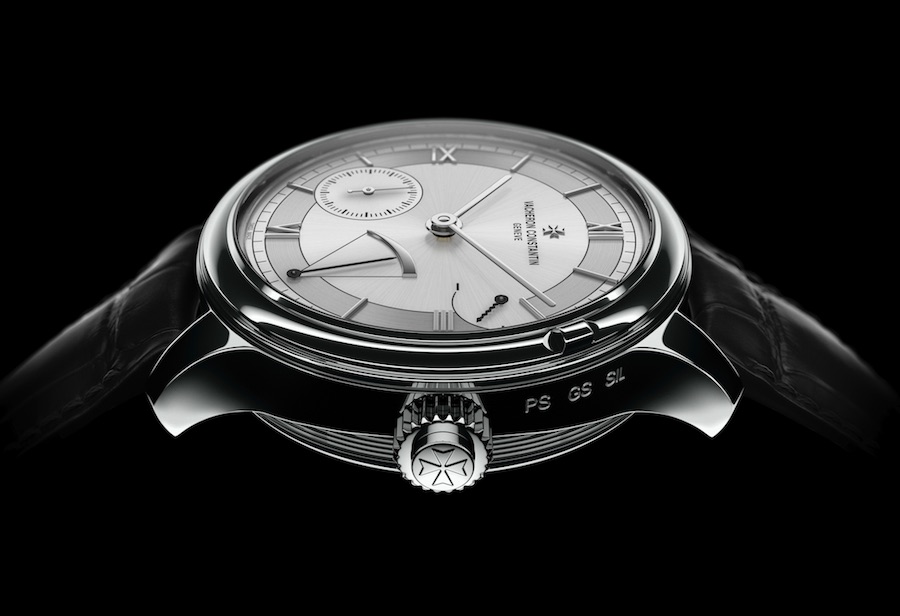 Mechanical virtuosity
The one-of-a-kind Les Cabinotiers Symphonia Grande Sonnerie 1860 is a fresh token of technical and handcrafted prowess bearing the Hallmark of Geneva and demonstrating perfect mastery of mechanical complexity, energy, as well as acoustics.
Its bi-directional manual-winding movement, Manufacture Vacheron Constantin Caliber 1860, is composed of 727 parts that are meticulously adjusted, decorated and assembled by hand. This represents 500 hours of expert and patient work performed by a single, vastly experienced watchmaker. Hours, minutes, small seconds, grande sonnerie, petite sonnerie and minute repeater…. The integrated construction applied here means that the striking mechanisms are directly linked to the hours and minutes functions and that the movement must be considered as a whole, requiring considerable energy for the grande sonnerie that can strike up to 96 chimes per day. It therefore comprises two barrels – one dedicated to the movement and the other to the striking mechanism – respectively providing a 72-hour power reserve and 20 hours of strikework power reserve in its grande sonnerie mode.

Based on a particularly innovative principle, this sophisticated mechanism stands out in several ways, starting with the selection of the three strike modes – grande sonnerie, petite sonnerie and silence – which is done in an unprecedented way via the 30-degree rotating bezel, with a marker pointing towards the strike-mode indicator – PS, GS and SIL – engraved on the side of the case. The minute-repeater is activated by a push-piece built into the crown at 3 o’clock. The latter is large and knurled to ensure a perfect grip when winding the movement in a clockwise direction and charging the striking mechanism by a counter clockwise rotation.

Another distinctive feature of this complex movement is the elimination of the ‘phantom’ quarters, testifying to the particular care lavished on ensuring the harmony and regularity of the chimes struck by the two hammers hitting the monobloc gongs. The small silence generally perceptible between the chiming of the hours and minutes, referred to as the ‘phantom quarter’, has been done away with. Whatever the hours, quarters or minutes that the watch strikes, the time interval between each sound remains identical and the chiming sequence is regular, smooth and seamless.

In addition, the striking mechanism is equipped with a non-dragging ‘surprise’ jumper-spring, enabling it to chime exactly on the hours and quarters. This autonomous device is triggered only when the watch is chiming, thereby saving energy and enhancing the movement’s precision.
The final characteristic of Caliber 1860 that deserves a mention is the fact that the striking mechanism – with its racks, feeler-spindles and snails – customarily positioned beneath the dial is visible here in this instance on the back of the watch, fitted with a transparent sapphire crystal caseback. These advanced technical, acoustic and energy-related features make this sophisticated movement an accomplishment that is as unique as it is outstandingly complex. 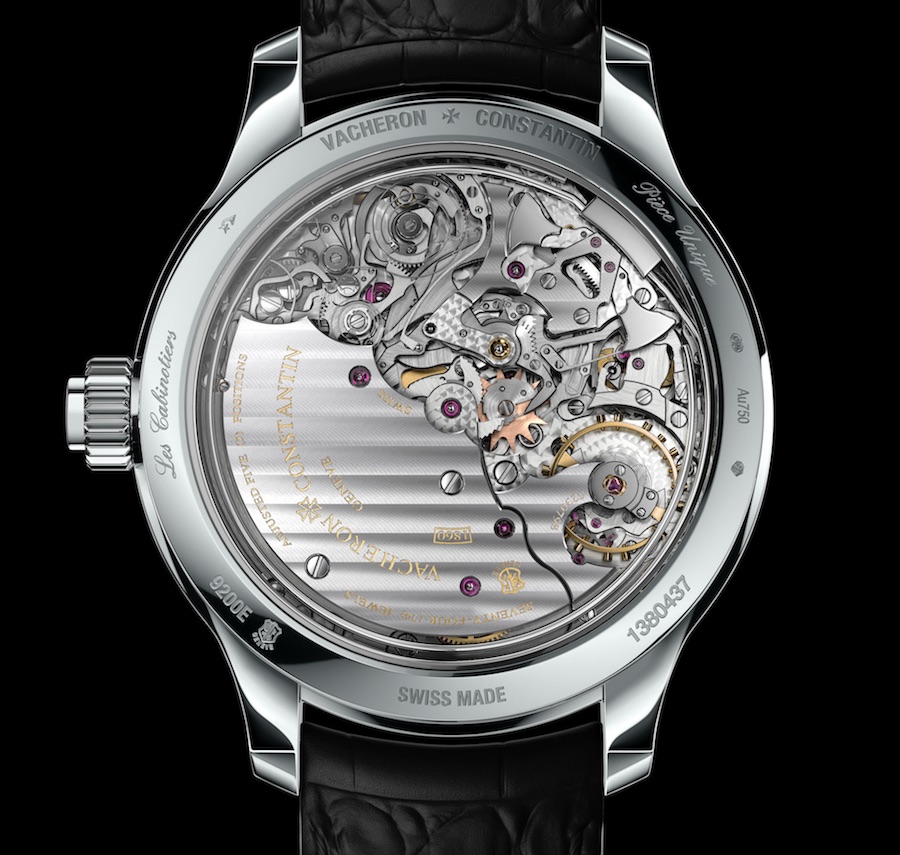 Simple and secure use
A grande sonnerie watch is distinguished by the extreme complexity of its mechanism comprising hundreds of meticulously fitted parts. It thus calls for informed and cautious handling on the part of its owner. So as to make the use of this grand complication model both convenient and straightforward, Vacheron Constantin has developed several original security systems. They facilitate the operation of the various watch functions, while preserving it from the risk of mutually detrimental interferences. During time-setting, no chime can be sounded (whether in passing or on demand). Conversely, when chiming is in progress – be it a repeater chime or an ‘in passing’ chime – time-setting is impossible until the watch has finished striking. Nor will any new chiming operation begin so long as another one is sounding. Meanwhile, the strike-mode security device ensures that when a change of mode is made while a chime is in progress, it will only be activated once the previous chime is complete. Finally, if the winding barrel has almost wound down and there is not enough energy for the watch to chime regularly and perfectly right the way to the end of its sequence, the striking mechanism will not be activated, whether in passing or on demand.

Bespoke sobriety
This same quest for simplicity governed the watch design. The pure aesthetics highlight the complex mechanism, discreetly housed in an 18K white gold 45 mm-diameter case featuring a caseband that may be customised. Engraved on the back with the inscription “Pièce Unique”, the case is adorned with finely engraved striations echoed by the knurled motif on the crown. Inspired by historical striking pocket watches from the Maison, the 18K gold silver-toned dial also exudes an aura of refined understatement, enhanced by opaline, circular-brushed or snailed finishing, as well as baton-type white gold hour-markers and hands complemented by two black oxidised pointers.

Small seconds at 7 o’clock, the power-reserve indicator at 5 o’clock, along with the strikework power reserve at 2 o’clock indicated by a serpentine hand, combine to create an impression of harmonious clarity and contemporary distinction. The case and dial of this one-of-a-kind model can be customised in Vacheron Constantin’s Les Cabinotiers, department thereby reflecting the tradition of technical excellence, innovation and bespoke design typical of the 18th century Geneva watchmaking artisans known as cabinotiers. A spirit combining watchmaking prowess, personalisation and exclusive production, faithfully perpetuated by the Manufacture.

Fitted with a black alligator strap secured by an 18K white gold folding clasp, Les Cabinotiers Symphonia Grande Sonnerie 1860 bears the prestigious Hallmark of Geneva – as indeed does the entire Vacheron Constantin range. Meeting the entire set of demanding criteria governing this independent and sovereign label, a guarantee of provenance, high-quality precision, durability and horological expertise, it comes in a precious presentation box and is delivered with the “Music of Time” resonance holder that amplifies the sound and the harmony of watch chimes.