The Globemaster line of Omega sees the arrival of a new instrument equipped with an annual calendar mechanism displaying the date at 6 o’clock and the month by a central hand. This additional module has the advantage of requiring only one adjustment per year, for the transition from February to March. It is part of a new Co-Axial Master Chronometer Calibre certified by METAS (Swiss Federal Institute of Metrology) capable of withstanding magnetic fields up to 15,000 gauss while respecting the criteria of the COSC. 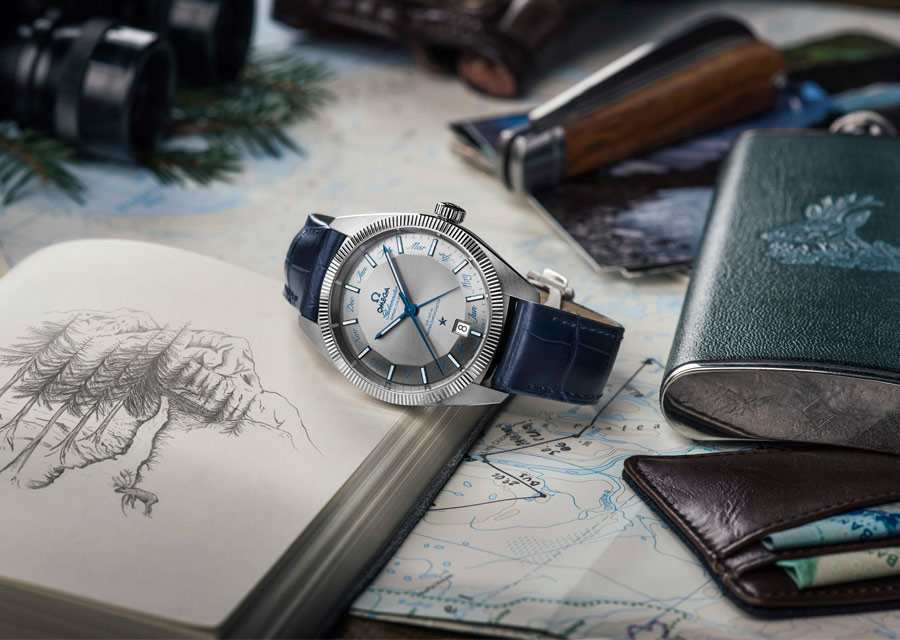 In 2015, the Globemaster was one of OMEGA’s star timepieces on show in Basel. This year, the much talked about Master Chronometer returns with an update that is sure to impress again. The Globemaster Annual Calendar begins its evolution with a new case diameter that has been increased from 39mm to 41mm. Originally a beautiful and famous design, the facets of the “Pie Pan” dial have become a functional part of the new model as they are now a feature of the annual calendar month indication. Here, each month has been elegantly positioned between the blued indexes. The months are pointed to by a varnished blue hand. 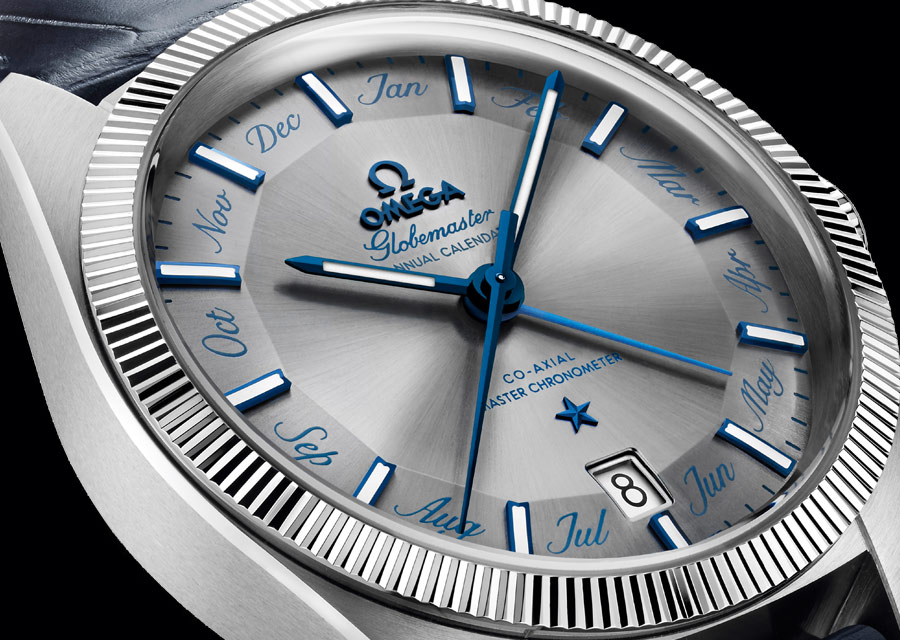 The polished hour and minute hands are blued and facetted. They are coated with Super-Luminova, along with the indexes. In changing light, the overall effect of the dial is truly captivating.The other touches of blue include the polished central seconds hand, OMEGA logo, Constellation star and writing on the dial. Completing this colour theme, there is a blue leather strap equipped with a stainless steel foldover clasp.The case itself has been crafted from stainless steel and, similar to last year’s successful launch, the polished fluted bezel has been made with scratchproof tungsten carbide. 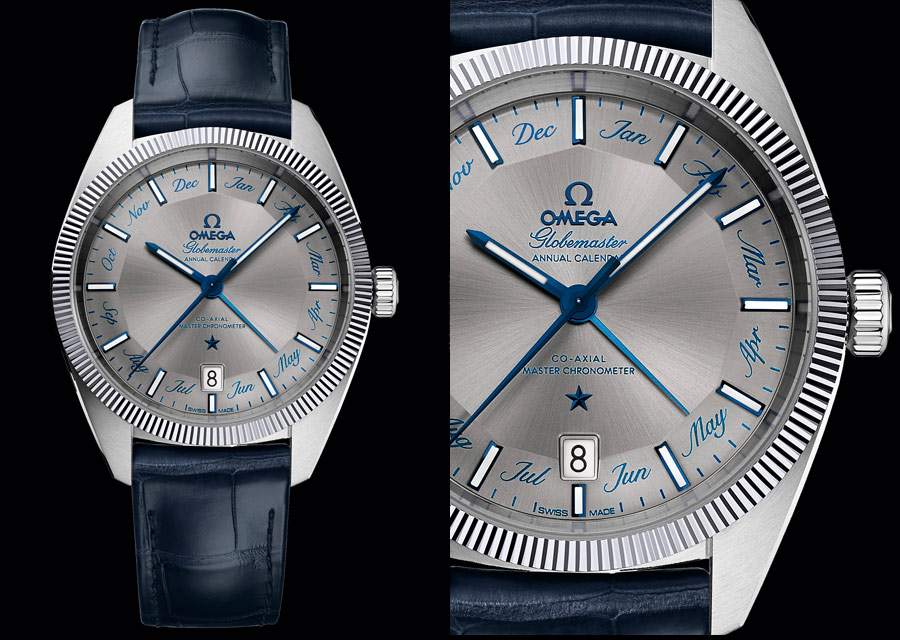 What made last year’s Globemaster truly unique was its position as the World’s First Master Chronometer. Again, the innovative edge of this series continues. This time, the timepiece has been fitted with the new OMEGA Co-Axial Master Chronometer Calibre 8922, while the Master Chronometer certification card that accompanies the timepiece proves that the watch has passed the eight intensive tests established by the Swiss Federal Institute of Metrology (METAS).