The festival celebrates his 30th anniversary. The music lovers would not miss the 30th edition of the classic music festival Un Violon sur le Sable which will take place from the 22th to the 30th july in Royan. Partner since 7 consecutive years of the event, the watch-making House Baume & Mercier took his inspiration from the famous stringed instrument to create an exclusive Classima watch.

By Sophia Alif and Nicolas Yvon 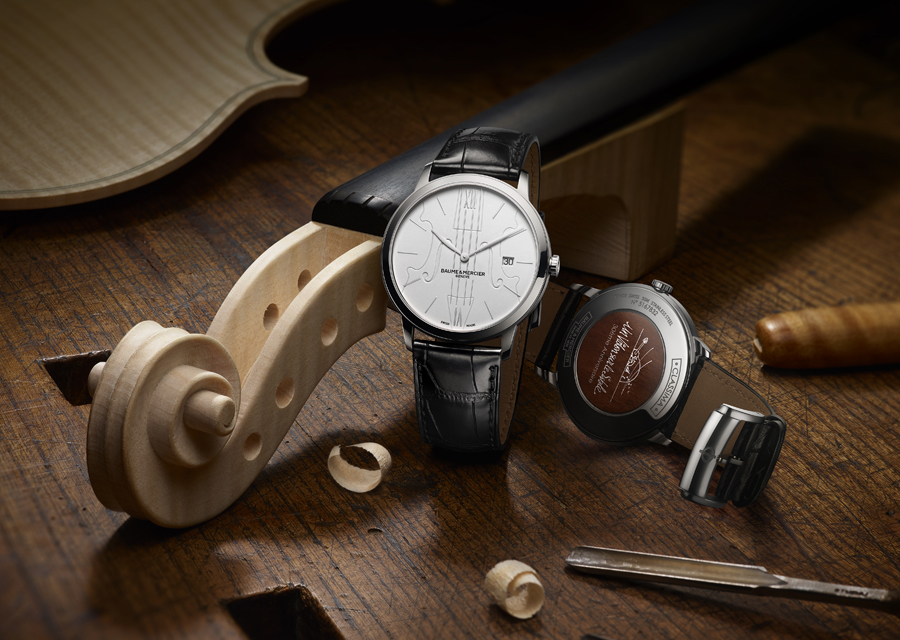 In the words of Verlaine, music above all else.

For 30 years, Un Violon sur le Sable has transformed music and the distinctive Classima is made to celebrate it. There is nothing like a timepiece that pays tribute to rhythm and quickens the heartbeat of festival-goers: A watchmaking beat brought forth by Baume & Mercier.

Philippe Tranchet, the founder of the festival, invites all those who do not (yet) appreciate classical music, the opera or tail coats to attend:

“If you don’t like classical music, the beach, great opera singers, the stars, symphonic orchestras or dance… Then please come to Un Violon sur le Sable. you’ll see everything that you didn’t like before!” 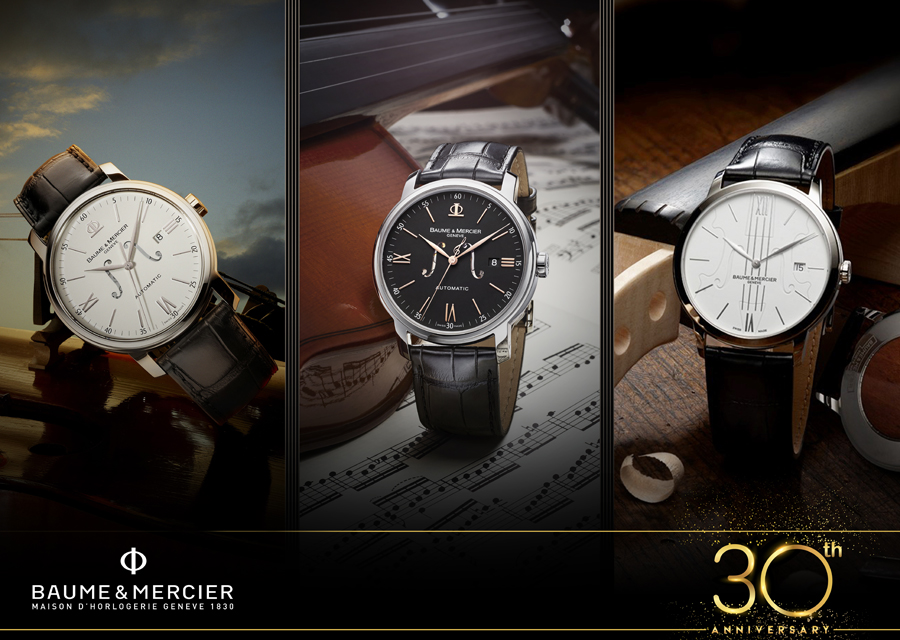 Like music, the festival is electric. All you have to do is look at the audience to feel it. Even more so because the artists play on an open-air stage, under the stars, facing the sea.

30 years is considerable. Launching in 1987, momentous date par excellence and nearly a canonical age for this festival– the birth year of the dazzling Khatia Buniatishvili, a Georgian-born Mozart – that has never wavered since. In fact, it has never ceased to gain followers.

More soloists, more musicians, more dancers, and a growing crowd eagerly awaiting the Royan event. Okay, great music might be intimidating in an opera, but it is much more accessible on the sandy beaches of Charente Maritime! A melodic luxury set to a watchmaking beat: time flows and the music takes flight. 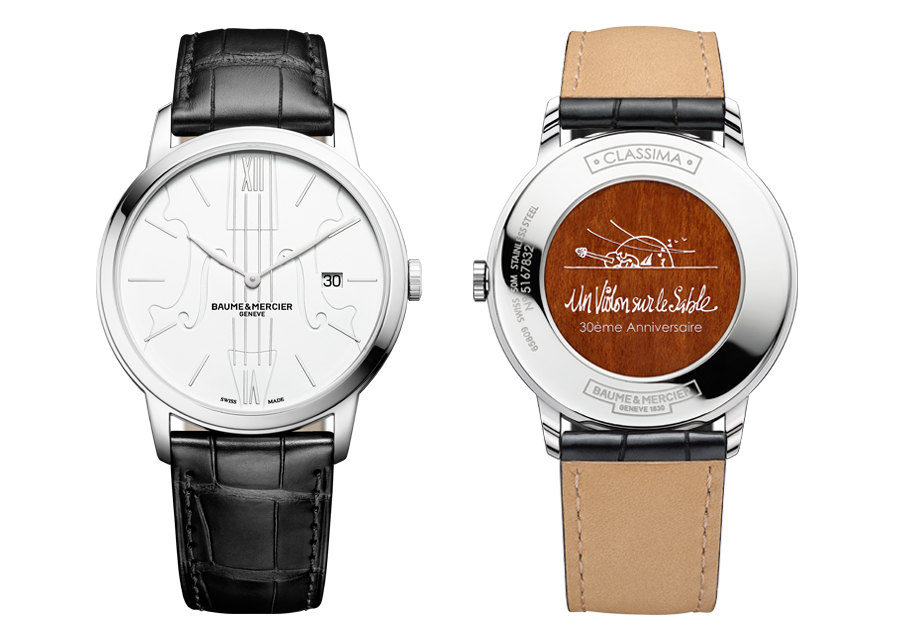 A fusion of styles expressed through the music itself: Un Violon Sur le Sable can have a rock edge like Didier Lockwood or float on a flourish of jazzy notes like Nemanja Radulovic; it is as timeless as our watch, adorned with a black alligator strap that enhances its beauty and refinement.

Baume & Mercier has been celebrating this story for seven years. Counting the measures and setting the tempo for this extraordinary natural setting. In harmony with nature, the strap is in alligator and the caseback in wood; and not just any wood, but spruce. The watchmaker crafted this special edition using the same materials traditionally used to make violins. Music notes rise to the sky as the hands of Father Time keep the pace on the earth. Luxury, tranquility and musicality sweeps us away…

Forms of expression merge, styles mingle, and craftsmanship becomes entwined in art. As for us? We stand gaping like children, eyes wide, staring at the stage, facing the sea… Astounded by such beauty, with an irresistible urge to celebrate!