Behind the 1966 WW.TC watch, is the union of an emblematic collection with a key complication of Girard-Perregaux: universal time. For the first time, the factory combines them to create a model that will be officially presented at the SIHH.

Certain horological complications have arisen from grand human adventures. This is certainly true of world time, whose invention accompanied the pioneers of railways and later of civil aviation. Playing an integral part in this quest for innovation since 1791, Girard-Perregaux is now reinterpreting one of its most iconic models: the WW.TC. More relevant than ever in a globalised world, this function is for the first time available in the most stylish collection of urban watches from the Maison: 1966.

The lengthy history of Girard-Perregaux, which celebrated its 225th anniversary in 2016, has been punctuated by an abundance of landmark creations. The 18th century saw the introduction of ultra-thin models and automaton watches by Jean-François Bautte, the watchmaker behind the Manufacture; while the 19th century brought the fabled Tourbillon with Three Gold Bridges, for which Constant Girard-Perregaux was awarded a prize at the 1889 Universal Exhibition. In the mid-20th century, the in-house R&D department – one of the only existing ones at the time – unveiled the Gyromatic hF, the first high-frequency movement beating at 36,000 vibrations per hour. It was during this period that Girard-Perregaux won the 1966 Neuchâtel Observatory Centenary prize for its chronometric prowess. Most recently, in the 21st century, the Constant Escapement – a revolutionary innovation based on a silicon buckled-blade – made a major impression and marked a watershed for the brand as well as for the watch industry in general. 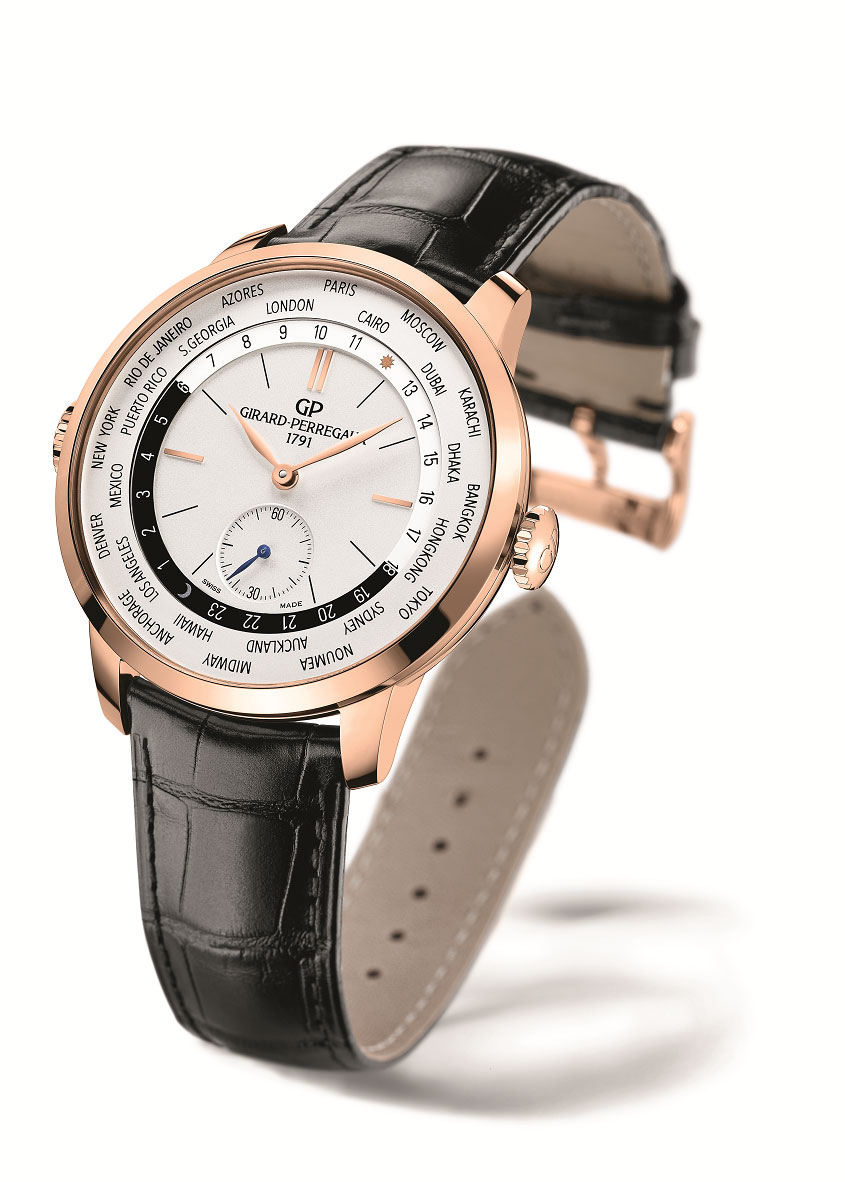 With 80 patents to its name, Girard-Perregaux now encompasses the full range of watchmaking skills, from movement development through to finishing operations. The WW.TC holds a place of its own within this prestigious context. Perpetuating the noble tradition of short-time measurement and custodian of significant Fine Watchmaking expertise, the Manufacture is indeed one of the rare few to have combined the chronograph and world time functions. This association gave rise to the WW.TC, the abbreviation for World Wide Time Control. Its two characteristic crowns on either side of the case soon made it one of the brand’s most iconic models.

This creative stream shows no sign of drying up. While world time was initially dedicated to travellers, it is now a valuable point of reference for today’s fully connected individuals, since this horological complication enables instant and simultaneous readings of the time in 24 cities around the planet – a valuable means of fostering global communication and exchanges. Despite its sophistication, the new 1966 WW.TC – the first of the collection to provide this complication – is amazingly user-friendly in terms of both legibility and handling. A rotating 24-hour disc surrounding the chapter ring features two black/white semi-circles to distinguish between day and night. Settings are performed via the two crowns at 9 and 3 o’clock: the first serves to position the reference city at noon; and the second to adjust the hours and minutes – with which the 24-hour disc is automatically synchronised.

Powered by a Manufacture automatic movement fitted with an additional module developed in-house, the 1966 WW.TC is endowed with a 46-hour power reserve. In a sign of its excellent finishing, this calibre enables the time and reference city to be set in both directions, a manoeuver that is prohibited on most movements. Finally, the perpetual sweep of the small seconds hand at 6 o’clock serves as a reliable operating indicator. 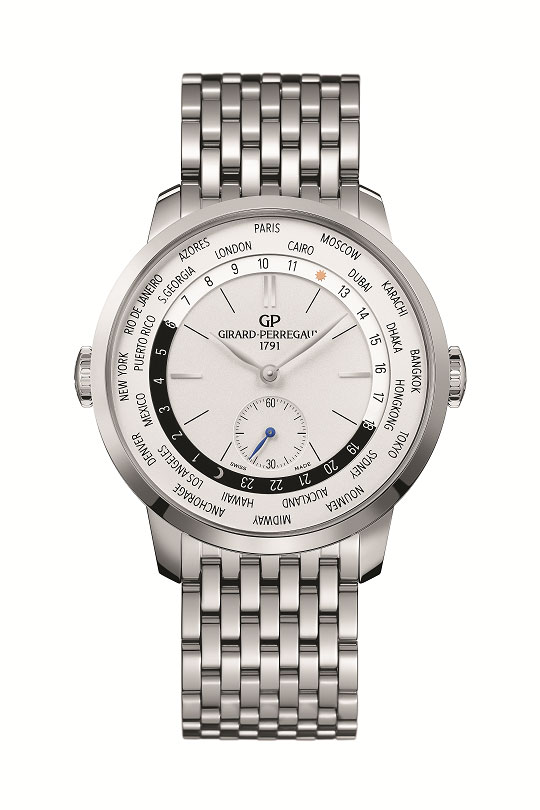 In tribute to a particularly important year for Girard-Perregaux, the 1966 collection is distinguished by several distinctively elegant characteristics: the case is topped by a slim, delicately polished bezel framing a generous opaline dial, protected by a sapphire crystal glass and swept over by the line’s signature “leaf-type” hands. The transparent case-back reveals a mechanism meticulously straight-grained, chamfered, circular-grained and adorned with Côtes de Genève. The Girard-Perregaux 1966 WW.TC is available in two versions: one in pink gold with a black alligator leather strap; and the other in steel.