Official Timekeeper of Juventus since 2012, Hublot has renewed its partnership with the Italian football club of the “Old Lady” and created a second limited edition in black and white, like the colors of the famous bianconeri : the Big Bang Unico Bi-Retrograde Juventus.

Hublot and Juventus are a pairing that stands for passion, records and sports adrenaline. Two giants, the first in the world of Haute Horlogerie, the second in football, gave the 19th November 2015 in Turin a sneak peek at the new official limited-edition chronograph with Juventus at its heart. The iconic Big Bang, in a Unico Bi-Retrograde Juventus version, is being offered in only 100 timepieces. 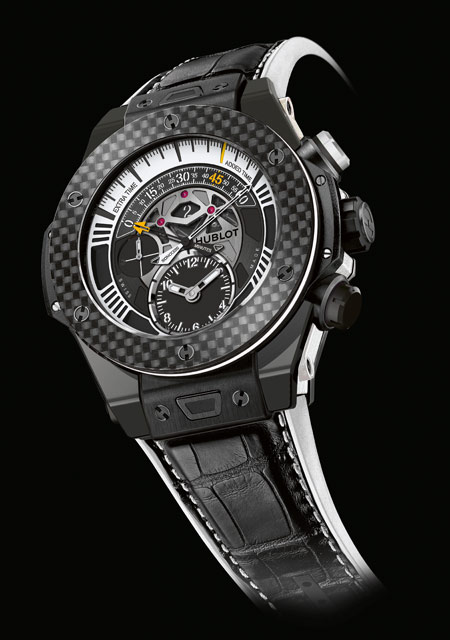 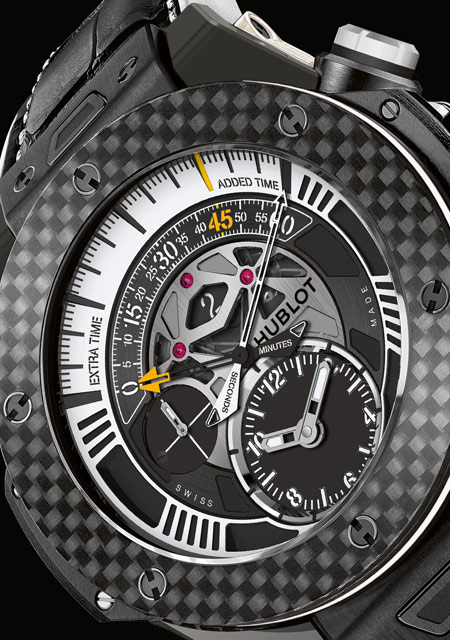 A legendary day to announce the renewal of a partnership now in its fourth year: Hublot has in fact been the Official Timekeeper of Juventus since 2012. The official presentation of the new Big Bang Unico Bi-Retrograde Juventus took place in a setting of excellence, the prestigious Club Gianni e Umberto Agnelli at Juventus Stadium in Turin, in the presence of the Brand Director of Hublot Italy, Augusto Capitanucci, the President of Juventus Legends, David Trezeguet, and Giorgio Ricci, Head of Global Partnerships and Corporate Revenues of Juventus and two players from the first team, Stefano Sturaro and Andrea Barzagli. 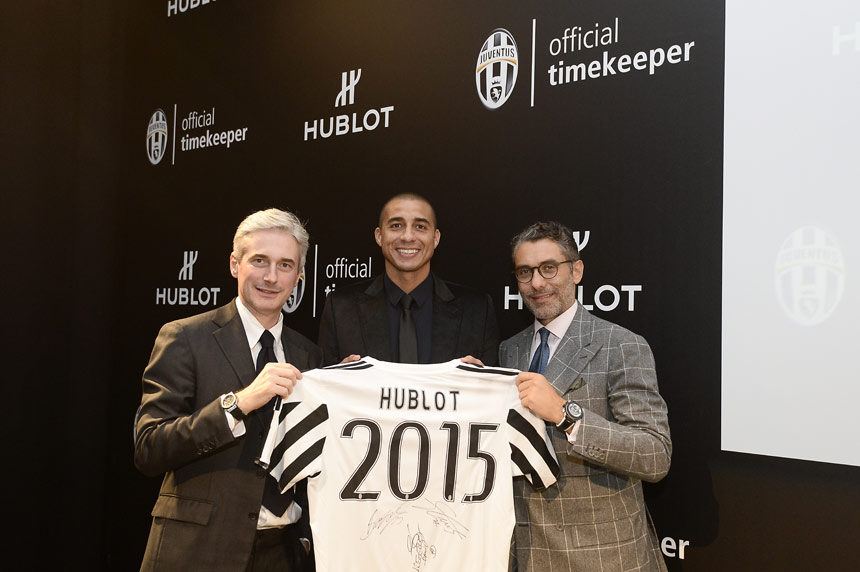 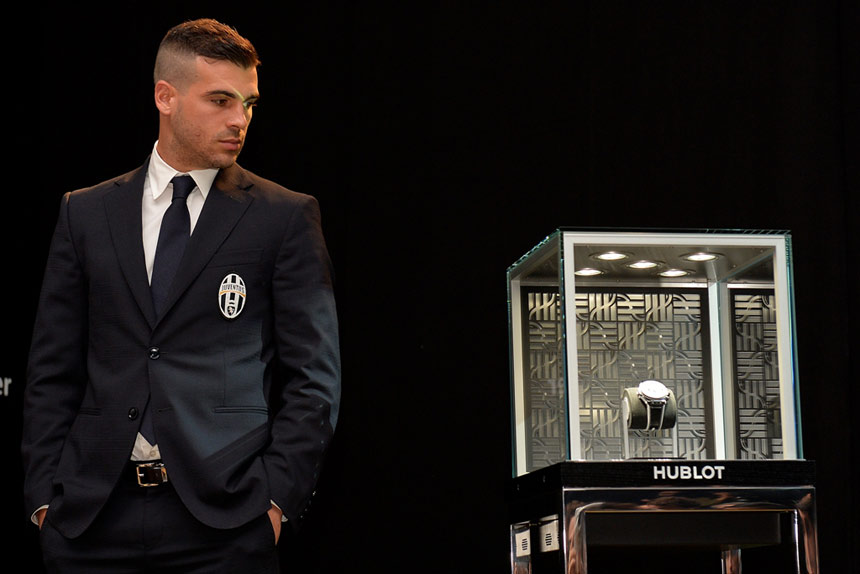 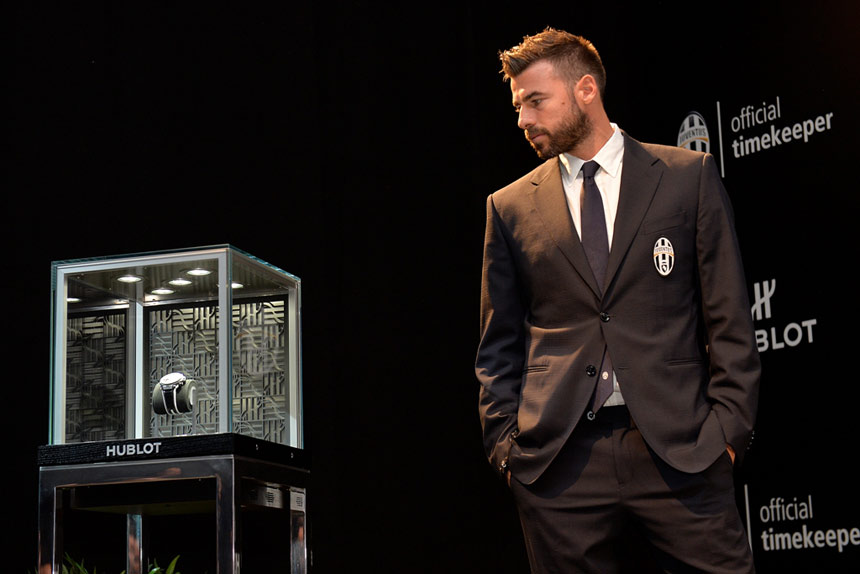 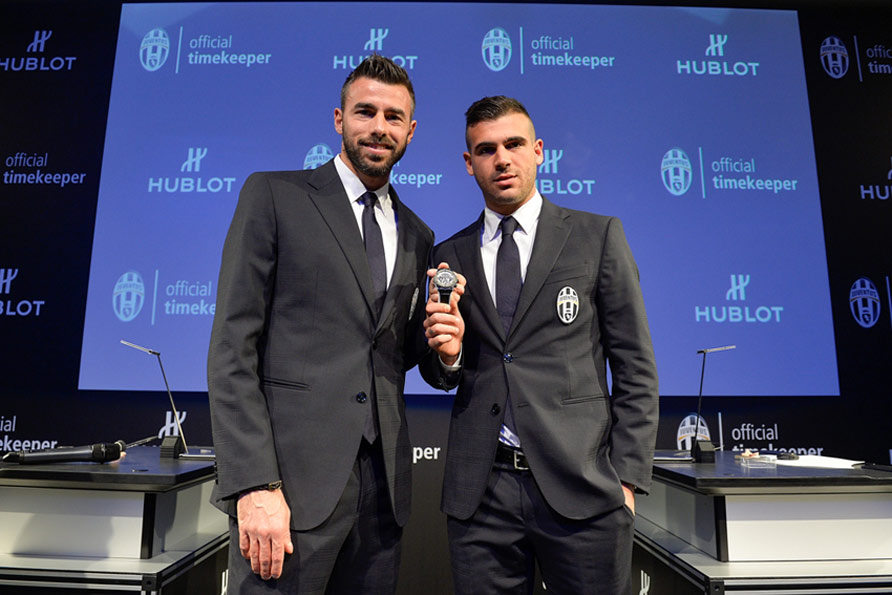 The occasion could not be without a game of football, played between journalists and Hublot retailers. Fans of the black and white club, and football lovers in general, competed in a 60-minute match at the Juventus Training Centre in Vinovo, led by two world-class champions, Juventus Legends Stefano Tacconi and Moreno Torricelli, complete with a tactical brief in the locker room and a training session. 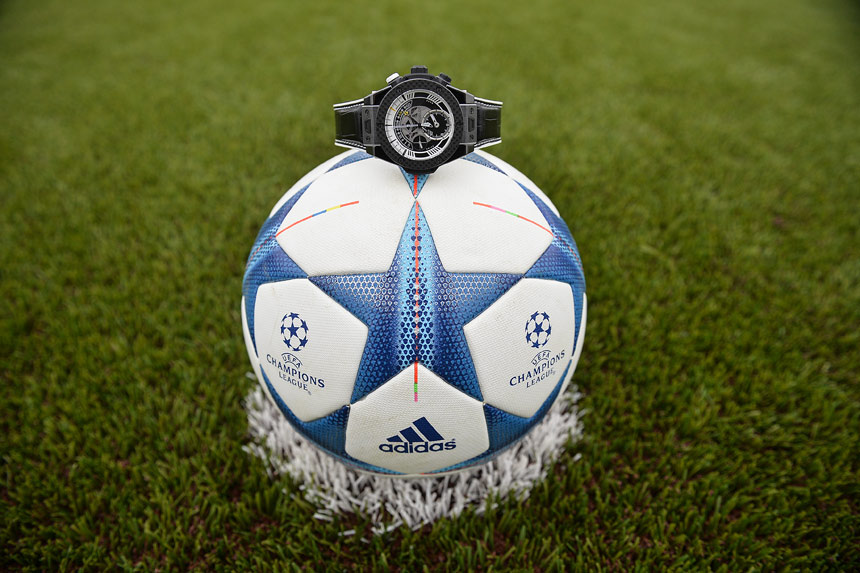 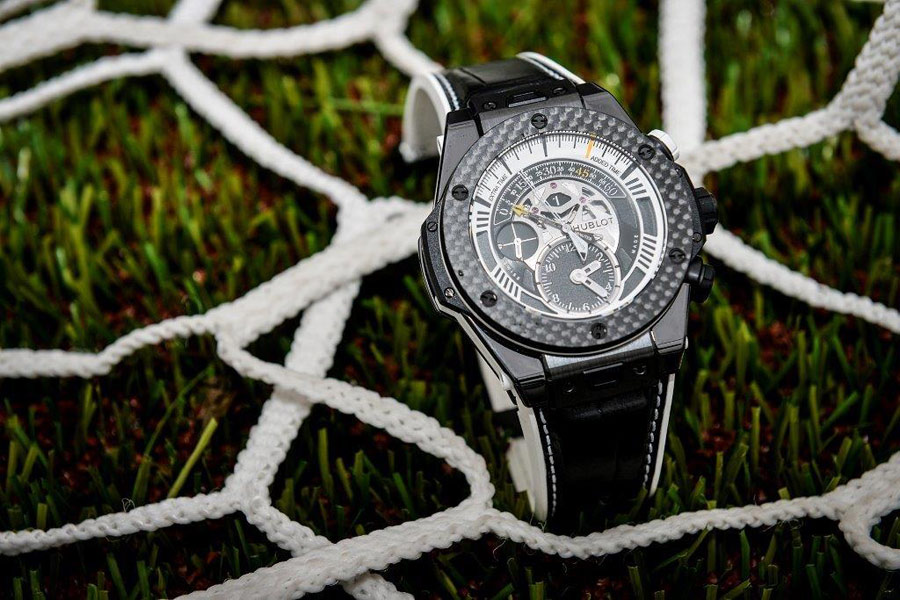 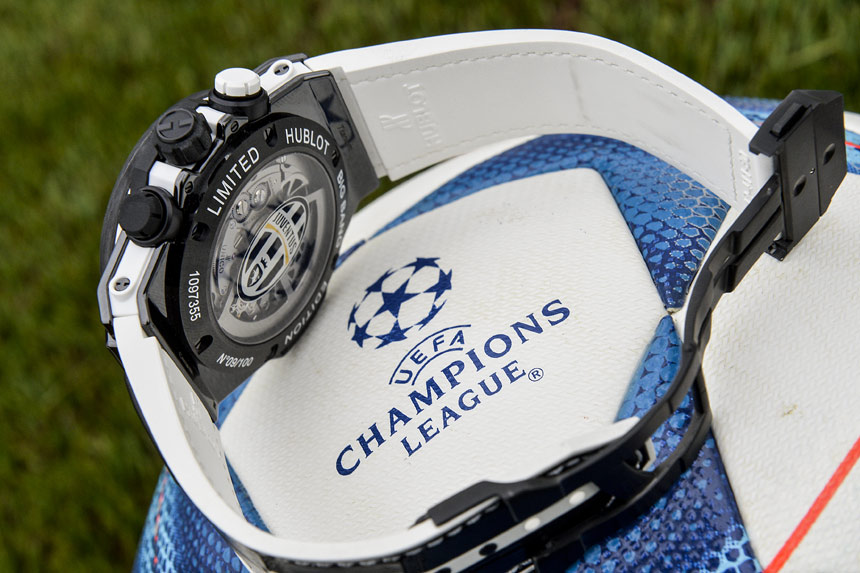 Ricardo Guadalupe, CEO of Hublot, said: “We’re proud to renew our relationship with Juventus and to house our iconic Big Bang in black and white livery. Football is one of Hublot’s passions, and to celebrate this partnership in the magnificent setting of the Juventus Stadium was an emotional moment. Today is the kick-off of a new chapter in our partnership with one of the clubs that have marked the history of the sport internationally. Hublot loves football!”.

Giorgio Ricci, Head of Global Partnerships and Corporate Revenues of Juventus, commented: “We’re delighted to announce the renewal of our partnership with Hublot, a company that, since the 2012-13 season, has supported the success of our team. This relationship demonstrates a willingness to pursue the path of international growth together within shared markets that are strategically important to both companies. It’s an honour for us to have a partner with the biggest sporting events at the international level which, thanks to its global presence, will be by our side everywhere.

Art of Fusion and black&white. The new Big Bang Unico Bi-Retrograde Juventus from Hublot showcases the bi-retrograde UNICO movement with automatic winding, resulting from the know-how of the Swiss watch brand. A mix of innovation and tradition expressed in the iconic colours of the Old Lady of Italian football: a case of diameter 45 mm, made of black polished and satin ceramic, with anti-reflective sapphire crystal, rubber and black titanium crown, titanium and rubber buttons in black and white, with the Juventus logo printed on caseback glass, as well as a dial, hands and strap with an alternating black and white design. 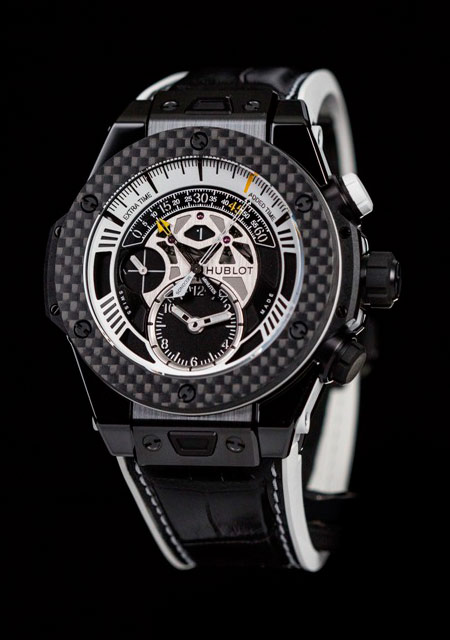 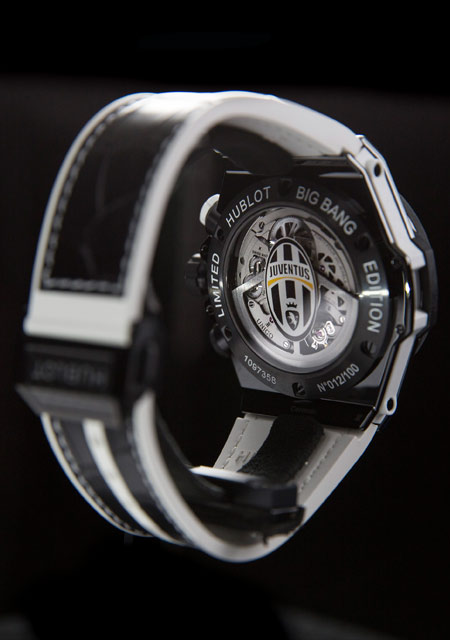 Designed specially for timing the two 45-minute halves of a football game, the new Big Bang Unico Bi-Retrograde Juventus focuses on the cutting-edge design of the UNICO movement with an integrated column wheel and exceptional flexibility. 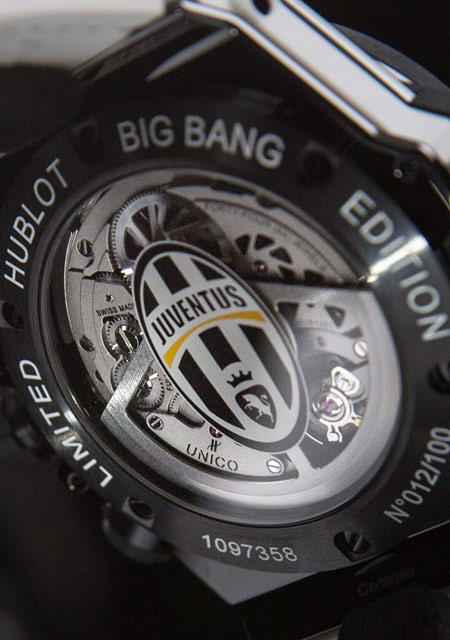 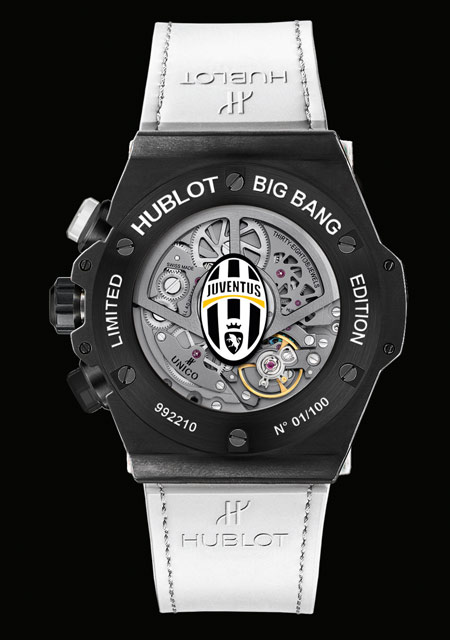 With the launch of this new chronograph, Hublot once again underlines its deep connections with sport and, in this case, with football, as stated in the campaign “Hublot loves Football”. And it is doing so with Juventus, one of the most prestigious clubs in the world.

Founded in 1897, Juventus is the Italian team with the largest fan base and historically holds the most titles in the country, as well as being one of the most recognized clubs worldwide. As a 33-time Italian Champion, 10-time winner of the Italian Cup and 2-time winner of the UEFA Champions League, the “Old Lady” of Italian football long since chose Hublot to accompany it in the conquest of national and international titles.

Hublot was the first luxury brand to invest in football in 2006, and has a close co-operation with FIFA™ as the Official Timekeeper and Official Watch of the FIFA™ World Cup, with UEFA™ since 2008, and with some of the most prestigious clubs in the world (Juventus, Paris Saint-Germain, Ajax of Amsterdam, Bayern of München and Chelsea).