This last 17 july more than 14,000 spectators were at Cowdray Park Polo Club in West Sussex (UK) to watch the Finals of the 2016 Jaeger-LeCoultre Gold Cup. Two amazing teams, King Power Foxes and La Indiana fiercely competed for the most coveted Gold Cup, with King Power Foxes deservedly retained the title of British Open Champions with a comfortable margin of 9-5.

King Power Foxes made the first mark on the scoreboard with a 40 yard penalty put through by Facundo Pieres, swiftly followed by goals from Hugo Lewis and Gonzalo Pieres. The pacey action of chukka 1 continued with goals from Agustin Merlos and Julian de Lusaretta for La Indiana and the chukka ended with the blue shirts of King Power Foxes just ahead at 3-2. As the players settled into the match there were missed attempts at goal by both teams and just five more goals on the score board through chukkas 2 and 3 so that by half time the score was poised at 5-5. After a goalless fourth chukka, La Indiana team finally cracked in the fifth, as the game turned on a De Lusaretta own goal, King Power seizing the moment to dominate the final two chukkas.

Jaeger-LeCoultre CEO Daniel Riedo and UK Director Zahra Kassim-Lakha were delighted to present the Trophy to the winning team King Power Foxes, as well as four specially engraved Reverso watches honoring the renowned polo competition. Personalised with the date of the tournament and the revered Gold Cup trophy, the engraved Reverso watches encapsulate the longstanding relationship of the Grande Maison and Cowdray Park Polo Club.

2016 marks a significant milestone for Jaeger-LeCoultre. For 10 years, the Maison has been the official timekeeper for the Cowdray Park Polo Club, and additionally, since 2015, the title sponsor of the Jaeger-LeCoultre Gold Cup for the British Open Polo Championship, the most prestigious polo tournament in the world at 22 goal level. 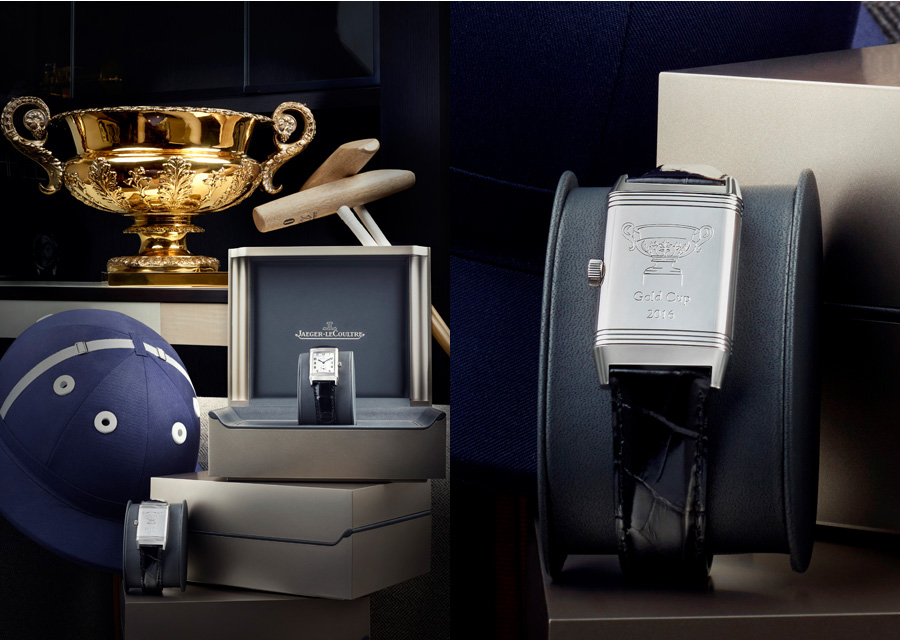 Jaeger-LeCoultre and the polo world
Both on the polo field and in watchmaking workshops, athletes and artisans are guided by the same concern to achieve constant improvement so as to leave an enduring imprint on time through finely tuned moves. Accurate, measured and apparently instinctive moves. Each of them is driven by a vibrant passion nurtured within a team aiming for a common goal. Jaeger-LeCoultre enjoys a rich history with polo, ever since the creation of the Reverso watch in 1931 in response to a request from British colonial officers in India who were tired of damaging their timepieces during matches. Inseparably bound up with this sport through a shared history and common values, Jaeger-LeCoultre actively supports the polo world through a number of partnerships such such as the Palermo Open in Argentina and the Jaeger-LeCoultre Gold Cup in the United Kingdom. Its ambassadors, Eduardo Novillo Astrada, Clare Mountbatten, Marchioness of Milford Haven, and Luke Tomlinson brilliantly demonstrate the inner spark that fires them on polo grounds around the world.