To present its new collection of Spitfire Aviator Watches, the IWC manufacture is staging its ambassador and five-time Formula One World Champion to suspend time in a spectacular campaign movie. 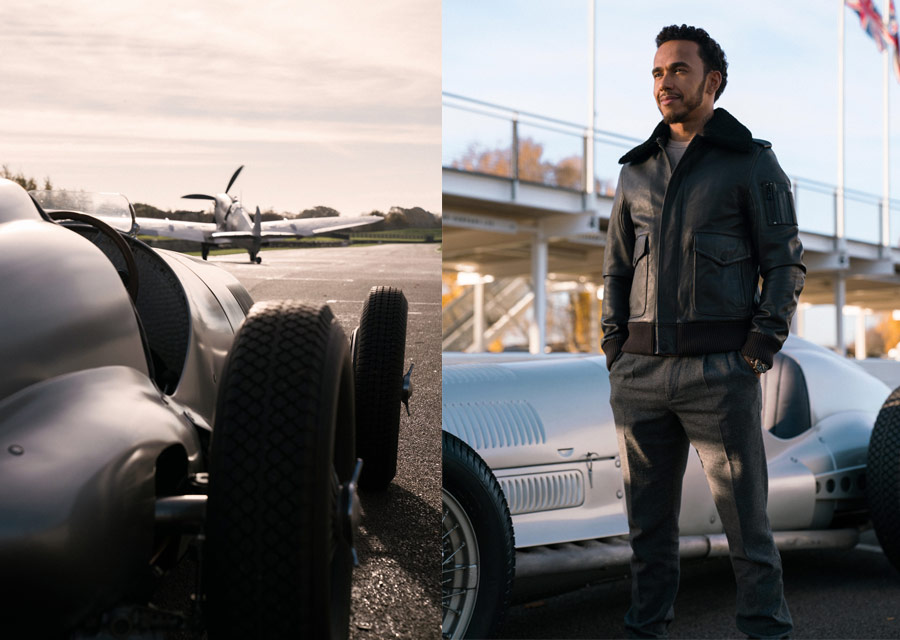 A living legend in car racing, Lewis Hamilton is driving a vintage-looking car – a superb Mercedes-Benz Silver Arrow W 125 – on the GoodWood Race Track in the South of England. Launched at full speed, a Spitfire aircarft appears above the champion and overtake him, before returning and running in low on the pilot. In all confidence, Hamilton pushes the « stop » button of his bronze Chronograph Spitfire to successfully suspend time. Frozen in mid-air, the standstill aircraft is admired from all angles by the pilot, and released it by pressing the push-button on his chronograph watch.

‘I can stop time, but nothing stops me’, it is the following well-thought out slogan, a sentence that embodies the spirit of both the new collection of beguiling vintage-looking watches, which is continuously evolving with subtles ‘face lift’ or the introduction of new material (in this case the bronze), as well as the pilot and IWC’s ambassador, holder of five Formula One champion titles and current leader of the championship who also won the Spanish Grand Prix on May 12th last year. 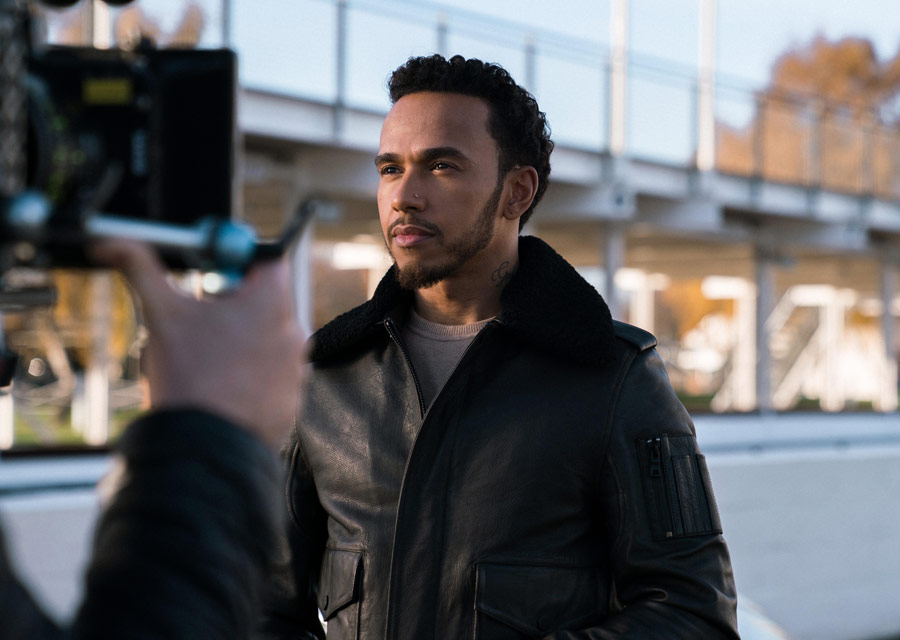 Lewis Hamilton already appeared back in IWC’s 2017 campaign, where he made use of an Ingenieur chronograph to suspend in similar manner a Mercedes-Benz W 2016. As history repeated itself with the Spitfire collection in 2019, IWC take this opportunity to bring together the two worlds that inspire the manufacture, the vintage motorsport and aviation. But also to affirm the strong relationship that unites him to the Mercedes-Benz-AMG Petronas Motorsport Formula 1 team.

Shot on the GoodWood Estate, the film shows the IWC’s privileged relationship with this historic place that combines aviation and motor sport. In fact, the brand became in 2015 the Official Timing Partner of the Goodwood Members Meeting, an emblematic classic motor racing. Furthermore, this aerodrome also accomodates the Boutlbee Flight Academy, the world-famous flying school, which IWC has been a partner since 2018 and offers the first tests aboard real Spitfires in the country.

Last but not least, IWC will support the ‘Silver Spitfire – the Longest Flight’ expedition in August by becoming the official sponsor of the first round-the-world tour in Spitfire, which will be conducted by pilots Steve Boulbee-Brooks and Matt Jones. 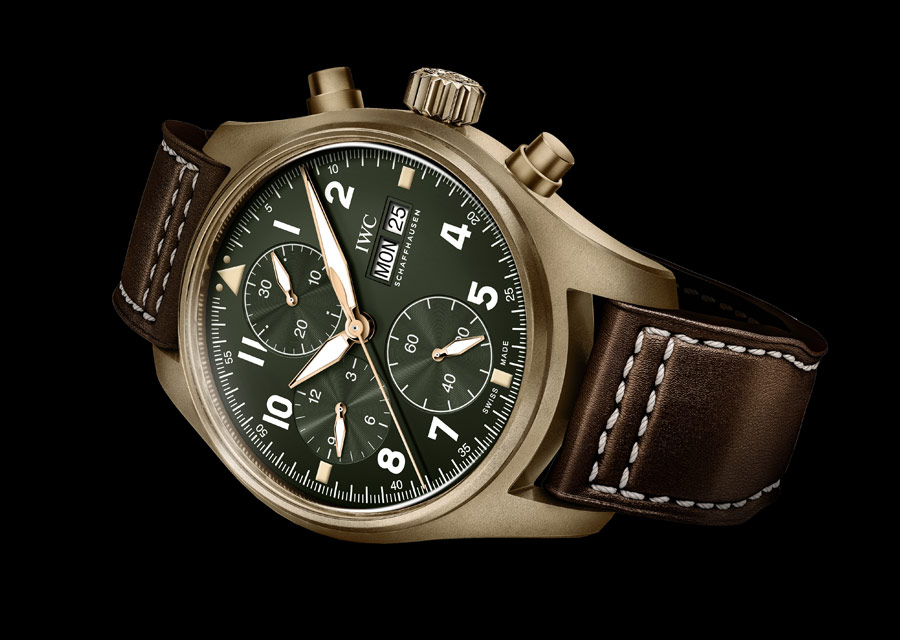 With the new Spitfire collection, the Schaffhausen manufacture pays tribute to the engineers’ outstanding work of the famous British fighter aircraft. Available on a brown calf leather bracelet, the Chronograph Spitfire Aviator Watch worn by Lewis Hamilton has a 41 mm diameter bronze case. As a true pilot’s instrument, the model is equipped with a depressurization-resistant sapphire crystal along with, a soft internal iron case that protects the automatic movement from magnetic fields. With its vintage-look, this chronograph with its olive green dial has a small seconds hand with stop-second as well as, two counters at 9 and 12 o’clock respectively displaying the chronograph hours and minutes.