Panerai launch the eighth model in a series dedicated to the Chinese zodiac, the Luminor 1950 Sealand 3 Days Automatic in steel, which protects a brushed grey dial with a beautifully engraved cover in honor of the Year of the Monkey. This Special Edition of 99 pieces celebrates the art of Italian master engravers, who used a specific tool, the “sparsello”, to dig furrows, inlaid after with gold filaments. 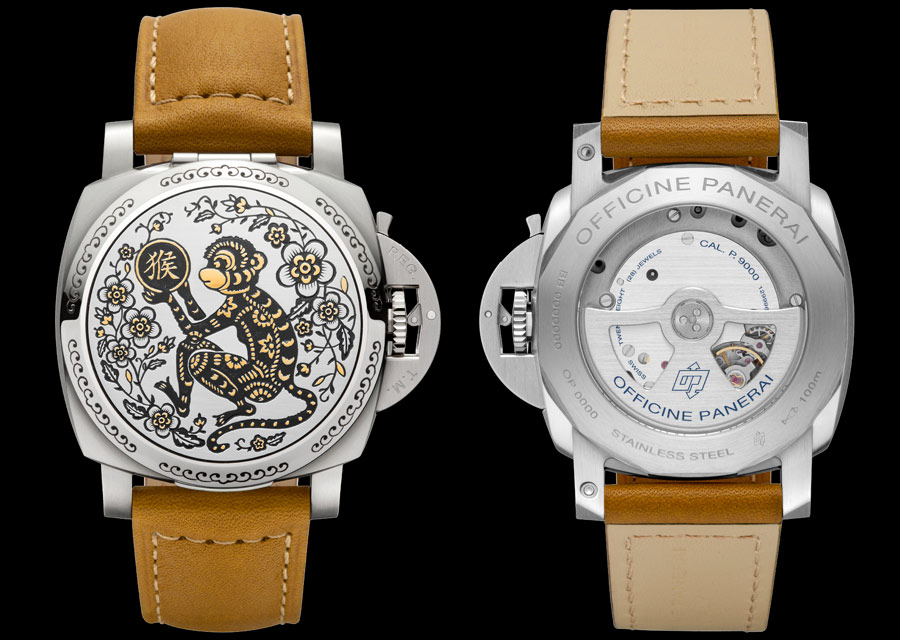 From the meeting between two ancient and far distant traditions comes the Luminor 1950 Sealand 3 Days Automatic Acciaio – 44mm (PAM00850), the new Special Edition made in only 99 units on the occasion of the Year of the Monkey, part of the series created by Officine Panerai in honour of the signs of the Chinese Zodiac. The watch is the eight of this exclusive series which started in 2009 with the Special Edition created for the year of the Ox. This has been followed by the watches made in the year of the Tiger, the Rabbit, the Dragon, the Serpent, the Horse and the Goat. The Year of the Monkey will start on 8 February 2016 and end on 27 January 2017.

In the Chinese Zodiac, the Monkey symbolises virtues such as intelligence, eloquence and talent. Those born under the sign of the Monkey have a strong and clever personality but they are also honest and charitable. As in all the watches of the series, the new Luminor 1950 Sealand has a remarkable engraving on the steel cover of the dial, the subject being the Monkey. 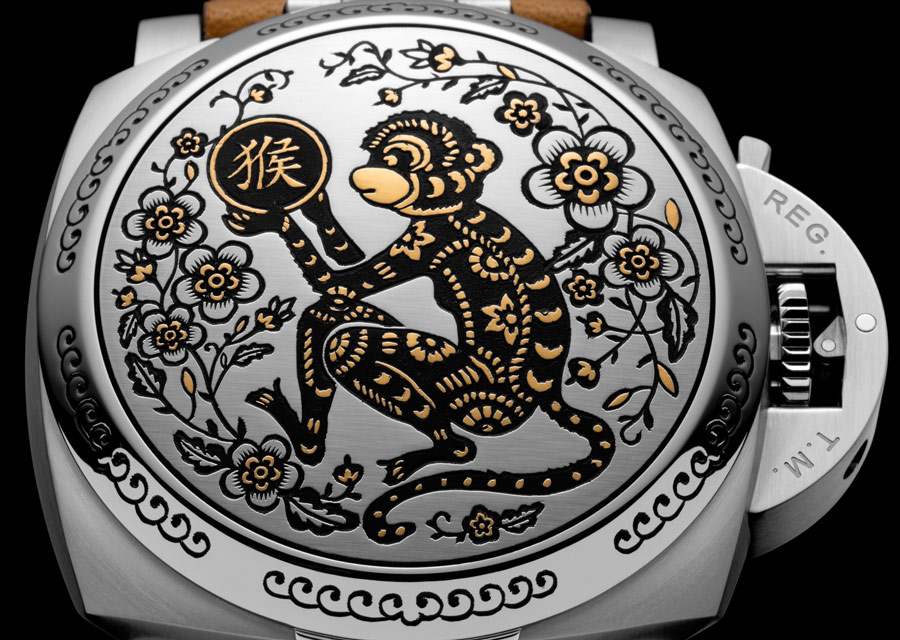 While the subject and style of the engraving are a tribute to ancient Chinese astrological tradition, the sophisticated technique used is the creation of highly skilled Italian craftsmen who make each individual cover entirely by hand, producing examples that are truly fascinating. The steel is first of all engraved with a special tool called a “sparsello”. Then threads of gold are inlaid in the grooves made in the steel; these are laid in multiple parallel layers and beaten until they completely fill the engraved outlines, thus embellishing the image of the monkey. The work demands extraordinary skill on the part of the craftsmen, because the threads of gold are embedded on the cover which has already been engraved and polished, so the smallest error could damage the work carried out earlier.

The case with the engraving of the monkey, on the inside of which is a little mirror, conceals a minimalist grey dial with a small seconds counter at 9 o’clock and a date window at 3 o’clock. The cover is fitted to a Luminor 1950 case (diameter 44 mm), which is made entirely of AISI 316L stainless steel with a brushed finish, as is the lever device which protects the winding crown. 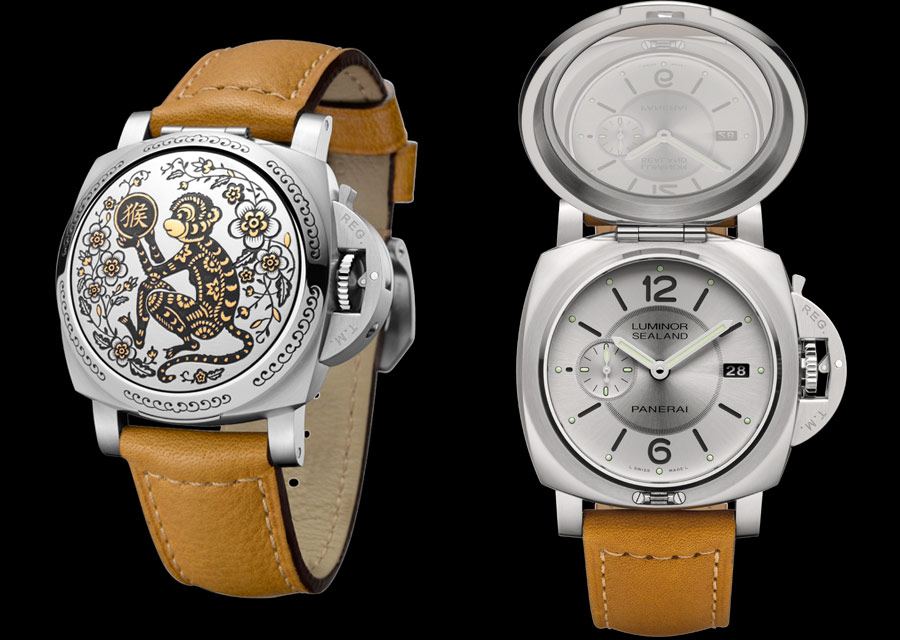 The watch has a Panerai in-house calibre: the automatic P.9000 calibre, with a power reserve of 3 days, an oscillating weight which rotates in both directions and the device for rapid setting of the time which also automatically changes the date.

The Luminor 1950 Sealand 3 Days Automatic Acciaio – 44mm (PAM00850), available exclusively in Panerai boutiques throughout the world, is water-resistant to 10 bar (a depth of about 100 metres) and it is supplied with a strap of soft brown leather, a spare strap, a screwdriver to replace and the special tool for interchangeability.