Major partner in the golf world, Rolex supports once again one of the most prestigious tournaments of the World Women’s Grand Slam, The Evian Championship, which begins tomorrow.

This year, Rolex is celebrating fifteen years of partnership with this tournament which brings together the 120 best international players for a rich spectacle in sports emotions and glamor.
Rolex is proud to encourage Lydia Ko, Azahara Munoz, Yani Tseng and Alexis Thompson, four Rolex Testimonials who will participate to this competition. 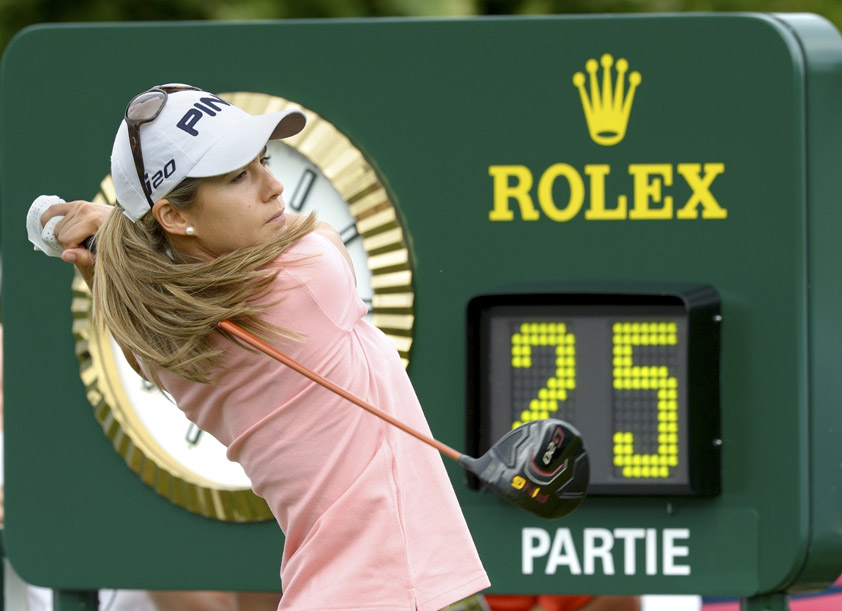 At the heart of the Evian Resort, entirely redesigned, this strategic appointment of the international circuit will crown the best player in the world.
This last will have the privilege of receiving a Rolex Oyster Perpetual Datejust 31 in gray Rolesor, fluted bezel, equipped with a white mother-of-pearl dial and a steel Oyster bracelet. 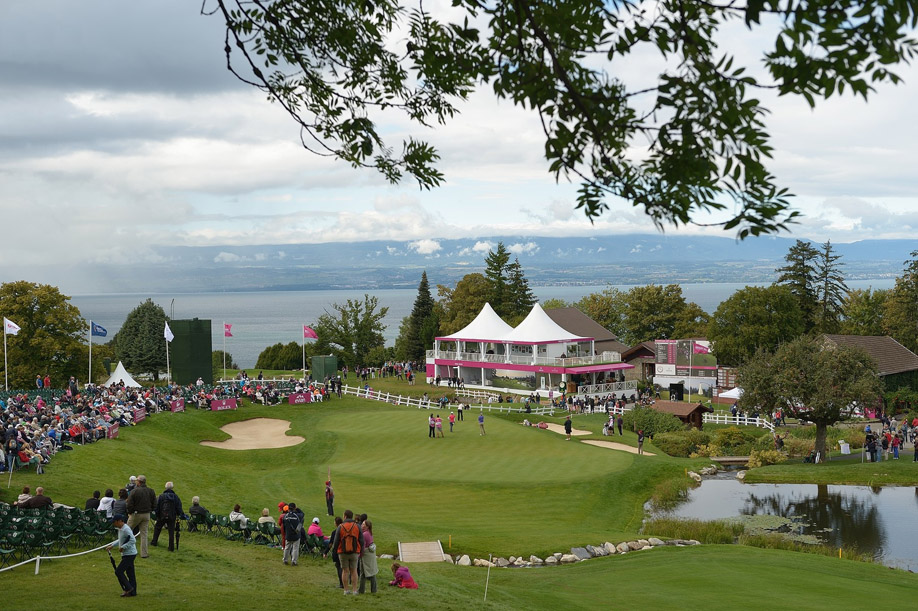 The roots of Rolex’s afﬁnity for sports and human achievement can be traced back to the pioneering origins of the company. When founder Hans Wilsdorf set up his watchmaking ﬁrm, he was inﬂuenced by the swift changes sweeping through society at the beginning of the 20th century. In an era when wristwatches were still regarded as fragile items of apparel, he was determined to create a wristwatch that would be ro bust, precise and reliable, adapted to ever more active lifestyles.

In 1910, a Rolex wristwatch obtained the ﬁrst certiﬁcate ever granted to such a watch by the Ofﬁcial Watch Rating Centre in Bienne, Switzerland. In 1926, Rolex invented the Rolex Oyster, the ﬁrst waterproof wristwatch in the world, thanks to a case equipped with an ingenious patented sys tem consisting of a screw-down bezel, case back and winding crown. To prove his invention, Hans Wilsdorf equipped Mercedes Gleitze with an Oyster when she swam the English Channel a year later. The Rolex watch emerged from more than 10 hours in the water in perfect working condition, and the young Englishwoman effectively became the brand’s ﬁrst Testimonee – a witness to the watch’s uncompromised performance.

With Hans Wilsdorf at the helm, Rolex continued to use the world as a real-life proving ground for the Oyster, demonstrating time and again its reliability in the most extreme conditions, on land, in the air, in the depths of the ocean or on the tallest peaks. By being associated with so many achievements, Rolex became the trusted reference for chronometric pre ci sion, robustness and reliability around the world.

Meanwhile, Rolex evolved, as did its product, in a constant pursuit of perfection. As part of this evolution, Rolex watches – made from only the highest quality materials and designed by the industry’s best – became symbols of elegance and prestige.

As the most elite and trusted timekeeper of the day, known for having changed the world of watchmaking, it was only logical that Rolex should partner Arnold Palmer in 1967. This charismatic American holds a spe cial place in golf legend, thanks as much to his natural talent as a player and his many victories on the course, as to his pioneering role in the his tory of the sport. He, along with fellow Rolex Testimonees Jack Nicklaus, record holder at 18 for most major wins, and Gary Player, ranked third overall for the number of professional wins, contributed to modernizing golf and giving it a worldwide dimension. Together, they are commonly known as “The Big Three”.

Since 1967, the relationship between Rolex and golf has continuously grown and prospered thanks to the brand’s trendsetting initiative in the ﬁeld of sports sponsoring. Today Rolex is golf’s leading supporter and is associated not only with the most important and prestigious entities governing the sport worldwide, but also with golf’s principal professional tours, competitions and athletes.

For over 30 years, Rolex has been the proud partner and Ofﬁcial Timekeeper of The Open Championship, where the world’s greatest players compete for the sport’s oldest title. This prestigious tour na ment is organized by The R&A, golf’s governing body responsible for monitoring the ofﬁcial Rules of Golf. The Rules, set out by the Royal and Ancient Golf Club of St Andrews, have preserved the integrity of the sport for over 250 years. Both The R&A and The Rules have long-standing partnerships with Rolex.

Rolex also partners the USGA, which is responsible for or gan izing the renowned U.S. Open Championship. Together with The R&A, the USGA governs the game of golf worldwide, promoting and sustaining the game and acting as custodian of The Rules. Also in the United States, Rolex proudly supports the Masters, one of golf’s emblematic events played every year at Augusta National Golf Club in Georgia. Like Rolex, the Masters is a classic known for its trad ition al values and the only invitational tournament among golf’s majors. Alongside the majors are the Rolex-sponsored team competitions. The Ryder Cup pits the United States against Europe, while The Presidents Cup is played between the United States and a team comprised of the top-ranked players outside Europe. These high-proﬁle events are unique since no prize money is awarded.

And as part of the brand’s mission to encourage the development of this great game, Rolex also supports the most prestigious amateur events worldwide.

Rolex celebrates more than 30 years with the LPGA as its Ofﬁcial Timekeeper. Rolex is also the Ofﬁcial Timekeeper of four majors, including the newly added Evian Championship, and the Solheim Cup, the premier team event in ladies’ golf. Rolex also sponsors the LPGA’s top awards, such as the Rolex Player of the Year, the Louise Suggs Rolex Rookie of the Year and the Rolex Annika Major Award. Among LPGA Tour players, Rolex counts among its Testimonees legends Annika Sorenstam and Lorena Ochoa, as well as top-level players Yani Tseng, Alexis Thompson and Lydia Ko. And, as a committed partner of the sport of golf, Rolex was named, in 2006, the Title Sponsor of the Rolex Women’s World Golf Rankings, the ﬁrst-ever world rankings system for women’s golf.