For its 26th edition, held in Geneva from 18 to 22 January, the Salon International de la Haute Horlogerie (SIHH) gets a makeover. The fifteen exhibiting historical brands will present their timepieces for 2016 in a space entirely redecorated, while the salon will host for the first time, in a dedicated area called the “Carré des Horlogers” nine independent watchmakers and designers. 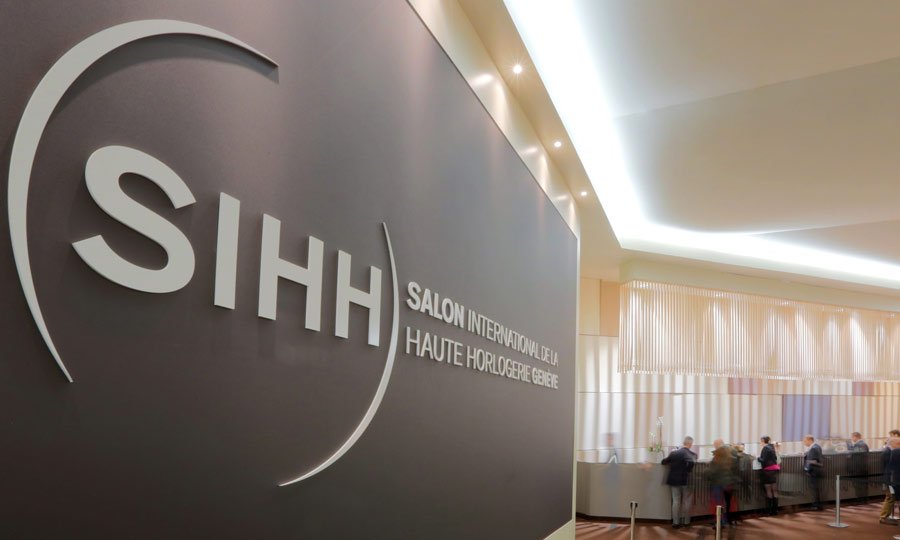 After celebrating its 25th anniversary in style in January 2015, the 2016 Salon International de la Haute Horlogerie (SIHH) will be just as exciting, particularly as two major innovations mark this annual gathering that heralds the start of the watchmaking year.

New interior design. The “Cité de la Haute Horlogerie” this year takes up residence inside a brighter, sleeker setting with contemporary accents. The configuration remains identical, with aisles branching off a central alley. The decoration, on the other hand, is transformed using noble materials such as gouged lacquered wood and dark leather to show off the timepieces on display, with softer, more modern lighting throughout. The central bars and restaurants have also been reimagined with custom-designed furnishings. This new decoration makes an impact and at the same time provides a neutral backdrop that allows brands freedom to develop the interior of their booths.

New arrivals. The SIHH has expanded its circle of exhibitors to twenty-four with the inauguration of the first “Carré des Horlogers”. An area set aside for nine artisan-creators, independent workshops and representatives of “new watchmaking”, it forms what could be described as a fair within the fair. In welcoming them, the SIHH extends its horizons by presenting new approaches, styles and ways of measuring time that sit perfectly with the philosophy of the exhibiting Maisons that have forged its renown. This initiative by the Fondation de la Haute Horlogerie, organiser of the SIHH, is the exact reflection of its ambition to bring Fine Watchmaking’s different players together so as to appreciate the richness and diversity of an art we each defend.

It is indeed thanks to its exhibiting Maisons that the SIHH has established itself as Fine Watchmaking’s foremost trade fair. Some have centuries of history to their name, others have just reached maturity; all share the same values of excellence, craftsmanship and dedication to the particularly precious form of watchmaking that has made SIHH so uniquely successful, and which can only benefit from the arrival of new creators.

New exhibition. “Is the Swiss cuckoo clock only good for tourists and folklore?” This is the question behind “24 Hours in the life of a Swiss cuckoo clock”, the exhibition presented by Geneva University of Art and Design (HEAD) and staged inside the SIHH. Jean-Pierre Greff, director of HEAD, invited the renowned Swiss designer Claudio Colucci to work with students to give a contemporary, avant-garde spin to this Alpine icon. Visitors can discover, alongside students’ own creations, the work of international designers James Auger, Marco Borraccino, Claudio Colucci, Matali Crasset, Nitzan Cohen and Camille Scherrer.