Unveiled in preview of the next Salon International de la Haute Horlogerie in Geneva (SIHH), the Limelight Stella writes a new chapter in the unchanging love story that unites Piaget and women. Elegant and refined, this watch which displays moon phases is the first watch with complication of the manufacture to be exclusively dedicated to women. 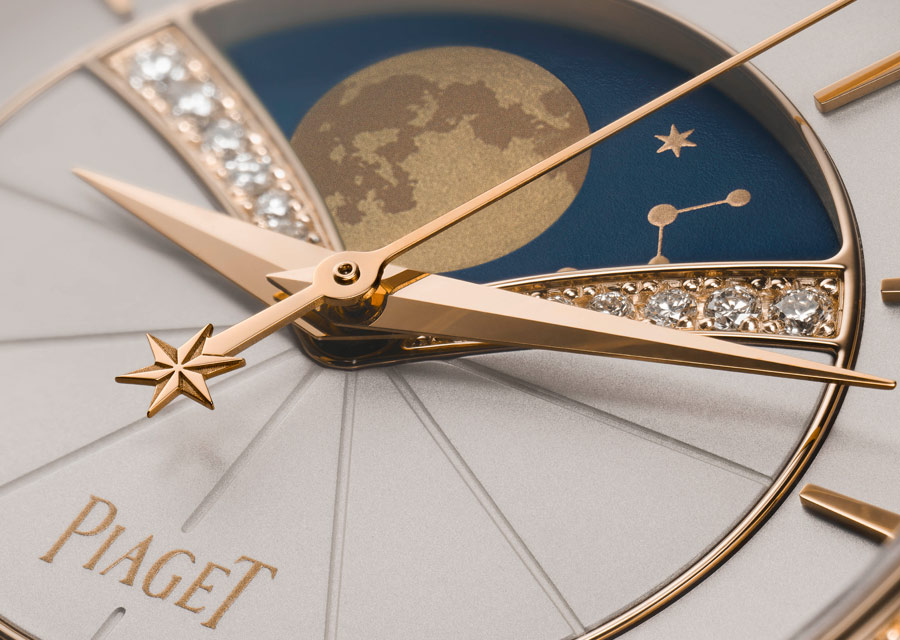 The first complication watch dedicated to women and entirely designed and developed in the Manufactures of La Côte-aux-Fées and Geneva, the Limelight Stella watch is writing a new chapter in Piaget’s enduring love story with women. While the Moon has been a symbol of timeless femininity since the dawn of time and in all four corners of the earth, Piaget expresses a new approach to this theme focusing on its aesthetic and above all its lyrical nature. Dreams and imagination pervade time’s relentless march, infusing it with a unique touch of soulfulness.

The Moon is perpetually intriguing. Despite it constantly changing its appearance, we know only its face. The Moon is ever surprising. Still visible when the sun rises, it appears before the latter has set. Whether on a moonless night or under a full moon, one would love to hold it back, yet it remains elusive. Piaget displays the perfect mastery of watchmaking skills by choosing to equip the calibre of this watch, exclusively dedicated to women, with a captivating traditional horological complication: the moon phases. As powerful as a talisman, Limelight Stella is endowed with a singular ability to release the woman wearing it from the linearity of time. Who could then be indelicate enough to reproach her for having her head in the stars 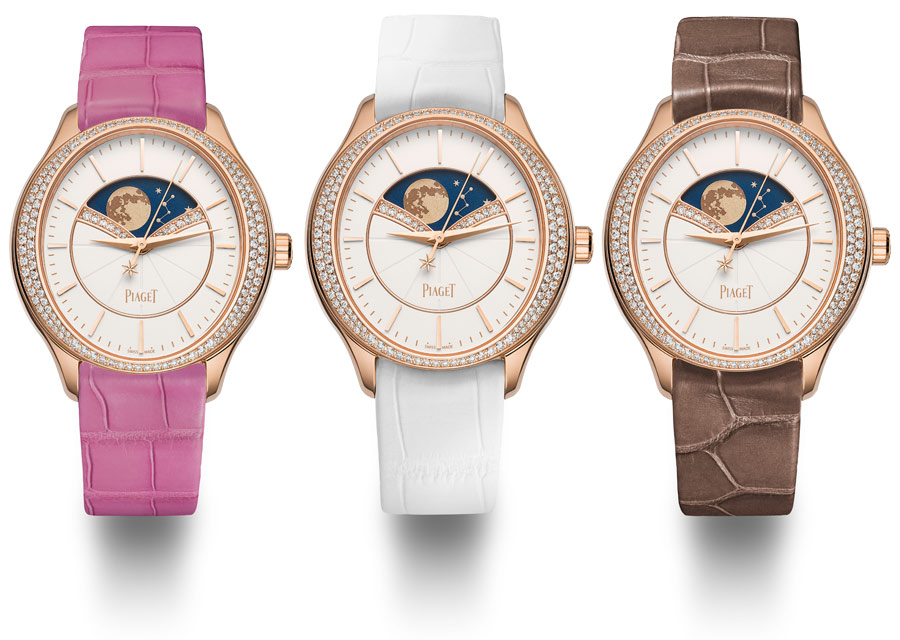 An enchanting tale of Moon Phases
Created in tribute to a woman in love with freedom, the Limelight Stella provides an entirely different measure of time. It not only tells the time as such, but also indicates the various phases of the moon. A subtly complex mechanism enables it to display the lunar cycle. As the days and nights go by, its lucky owner can follow the amorous game of hide-and-seek played by the Sun and Moon in a large aperture at 12 o’clock. The new moon is invisible to observers in the night sky. From the first quarter to the waxing gibbous and finally the full moon, the moon’s endless dance evokes subtle aspects of desire and seduction. It then steadily wanes through the same phases until its last crescent. Then the cycle elapsed and a new celestial ballet begins. 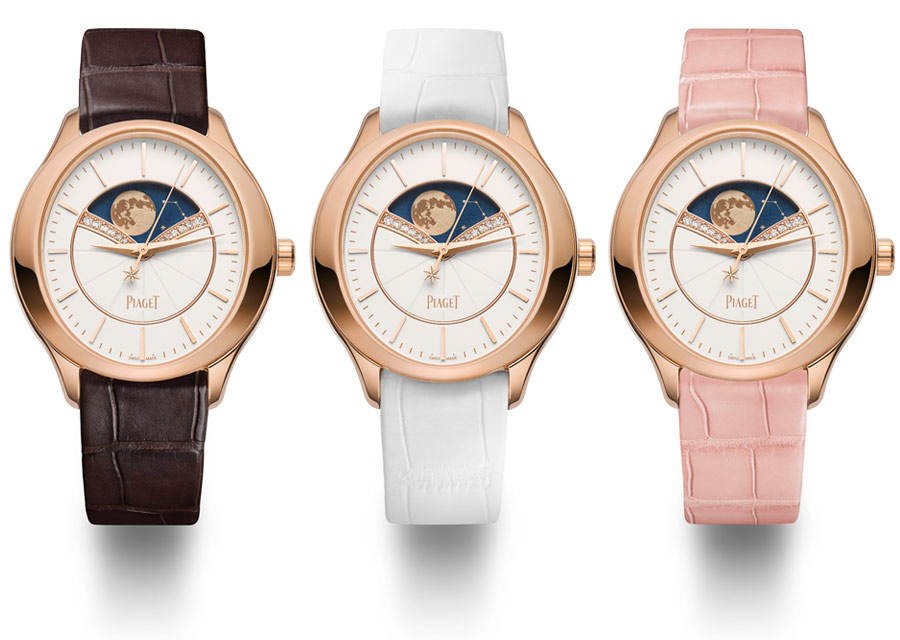 Astronomical moon
Piaget fully assumes its stature as an exponent of Haute Horlogerie by equipping the Limelight Stella with an astronomical moon function reproducing the lunar cycle with an exceptional degree of precision. The moon phases appear on a disc adorned with stars and two moons that is driven by a 135-toothed wheel. Whereas a standard moon phase lags one day behind every two and a half years, this system ensures that the Limelight Stella will require a one-day correction only after 122 years – an eternity in human terms!

Celestial mechanism
Piaget unveils a new mechanical automatic movement designed, developed and produced in-house. Endowed with a 42-hour power reserve, Calibre 584P drives the hours, minutes, central seconds and moon phases at 12 o’clock. Lending an ultimate touch of refinement to this complication model brilliantly cultivating the subtle transition from sun to moon, a star is perched on its large seconds hand. The 580P variation powering the Haute Joaillerie versions does away with the central seconds hand to highlight the work of the jeweller and exalt the most precious hours. 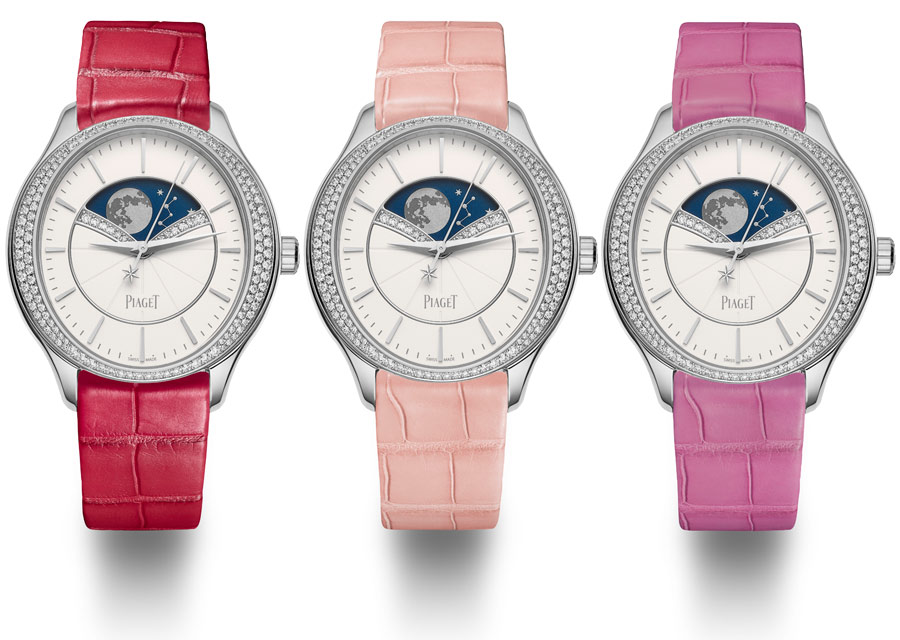 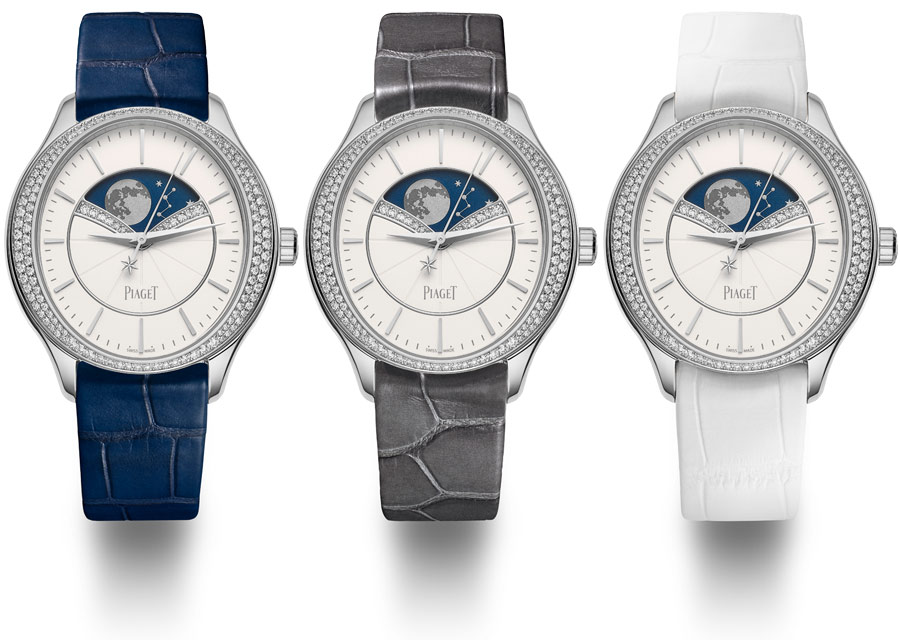 The 11.5-ligne, 26 mm-diameter 584P and 580P calibres beat at the traditional frequency of 21,600 vibrations per hour (3 Hertz). Visible through the sapphire case-back, these finely crafted movements are graced with the refinement of finishes executed in keeping with the noblest watchmaking traditions and comply with Piaget’s particularly demanding specifications such as a circular-grained mainplate, bevelled bridges, circular Côtes de Genève, blued screws, or the Piaget coat-of-arms engraved on the oscillating weight. 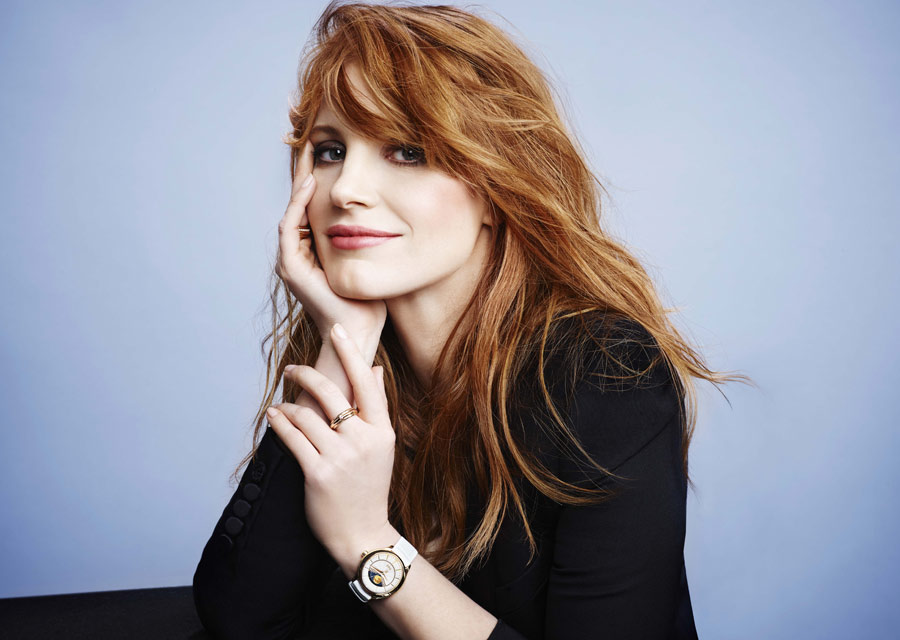 Shape-in-shape effects
Setting a perfect stage for the eternal charm of femininity, everything about the Limelight Stella contributes to enhancing its elegance and glamour, both signature attributes of the Piaget style. In a clever play on shape-in-shape effects, the case of the Limelight Stella watch measuring 36 millimetres in diameter reveals a subtle balance featuring an ‘oval inside a circle’ theme that extends through to the heart of the dial. The aesthetic of this architecture based on pure, flowing, classic and daring lines is accentuated by the sunburst dial motif enhanced by slender applied gold hour-markers. For this creation, Piaget has opted to focus on moon phases, which occupy a prime position on the dial, entering the scene in a fan-shaped aperture delicately hemmed by two lines set with 14 brilliant-cut diamonds. Spherical and generous, unexpected and mysterious, sensual and intensely present, the Moon stands out against a deep blue star-studded backdrop depicting the sky chart of the Northern Hemisphere. At Piaget, which has cultivated two-fold jewellery and watchmaking expertise over the past 140 years, ladies’ models willingly succumb to the temptation of precious stones. The pink gold Limelight Stella thus appears with a polished or gemset bezel, while the white gold version features a gemset bezel.