As the flagship of the Richemont group, Cartier will present many new products at the next Salon International de la Haute Horlogerie in Geneva in January, some of which it has already unveiled. For men’s wrists, the manufactory is revisiting one of its first shaped watches, the emblematic Tonneau, through four luxurious references in platinum or pink gold, between aesthetic elegance and mechanical atypism. 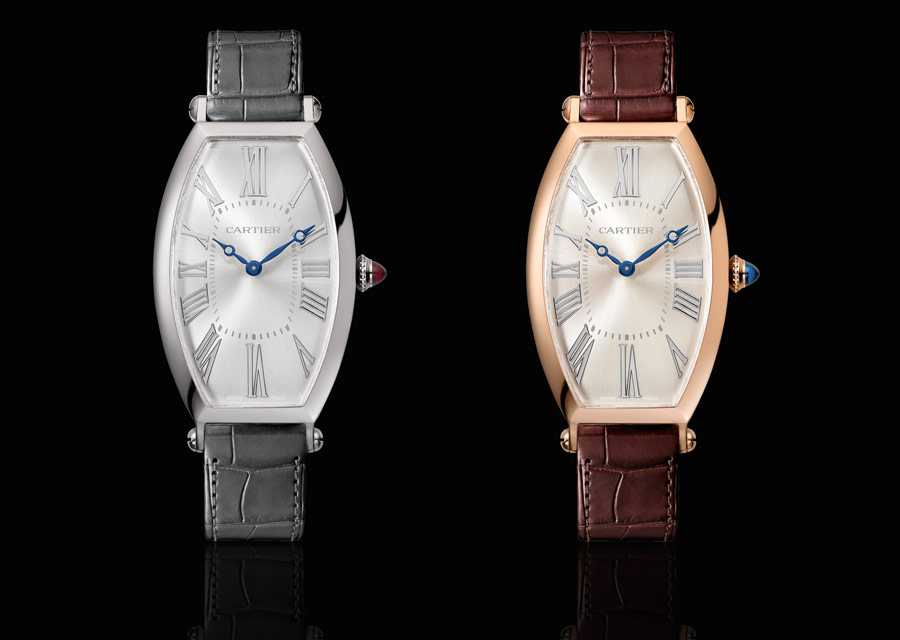 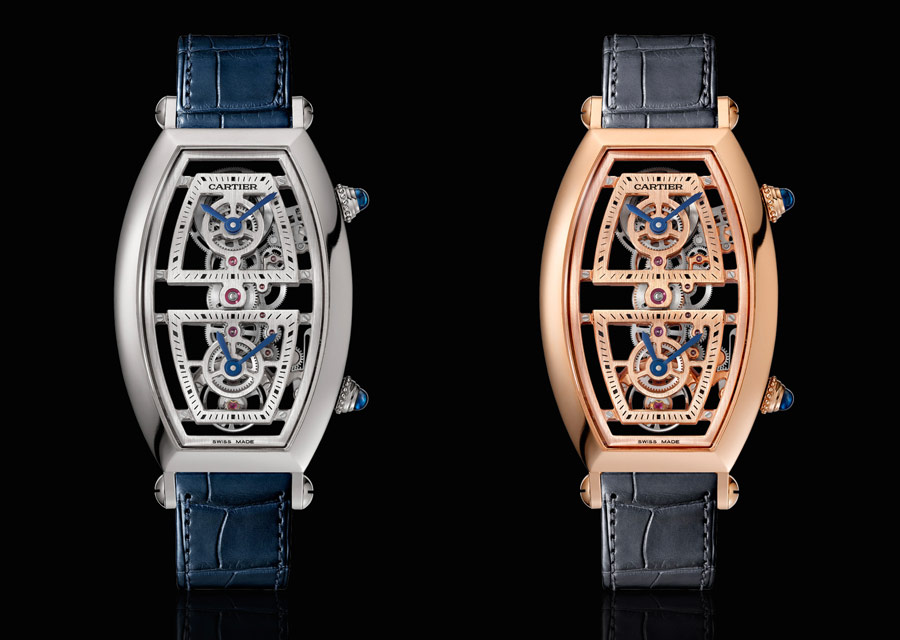 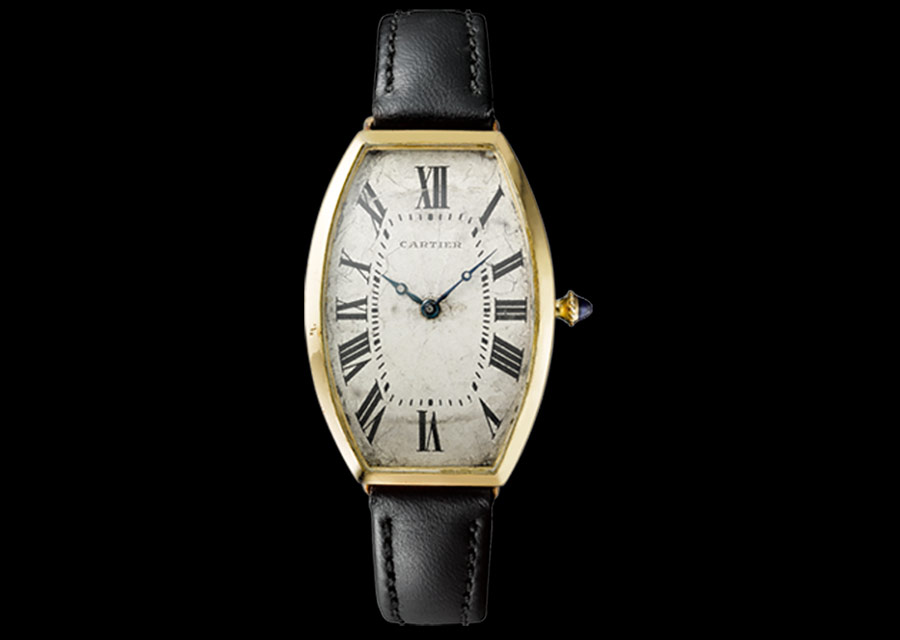 THE STARTING POINT: A VISIONARY’S WATCH!

This year Cartier shines the spotlight on one of its oldest wristwatches, the Tonneau watch. Revealed in 1906, after the Santos watch in 1904, it once againchallenged the tradition of round pocket watches. Tonneau? “Tonneau”, meaning “Barrel”, may seem a funny name for a watch, especially for a model that would become the precursor of modern watches. At the time it was still an oddity, but its shape was both strong and pure. The dial is on the cusp between a rectangle and an oval; the casecurves slightly, tendering one of the first significant modifications aimed at fitting it better to the wrist. 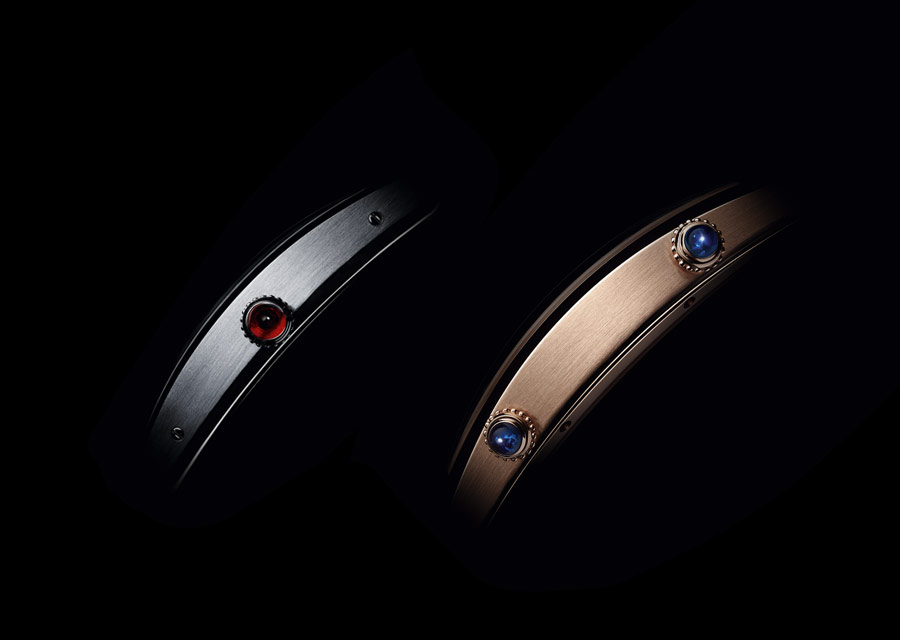 Cartier coated it in platinum to emphasise its avant-garde aesthetics in an era when many watches were made of gold. The “vis armurier” tube screws adorning the lugs demonstrate how attention to detail was already in evidence around 1910. By combining a leather strap – a simple, natural material – with precious metals, Louis
Cartier underlined its beauty. The watch was “modern” and people liked it. This year, Cartier celebrates this legendary watch shape with a redesigned hours and minutes model and a skeleton dual time zone model, taking watch aesthetics to another level.

Two brackets in pink gold or platinum create an oblong, curved shape that follows the contours of the wrist. Roman numerals, a railtrack, a cabochon on the winding crown, leather strap, screws on the lugs – the codes of Cartier watchmaking are all there. The watch is undeniably true to the original 1906 model, even though everything has been reworked to fulfil modern-day demands such as ensuring the watch is perfectly water-resistant. The bezel on this Tonneau watch is formed from one block, with no overhang or breaks in the plane. Its contours and lugs melt into the watchcase. 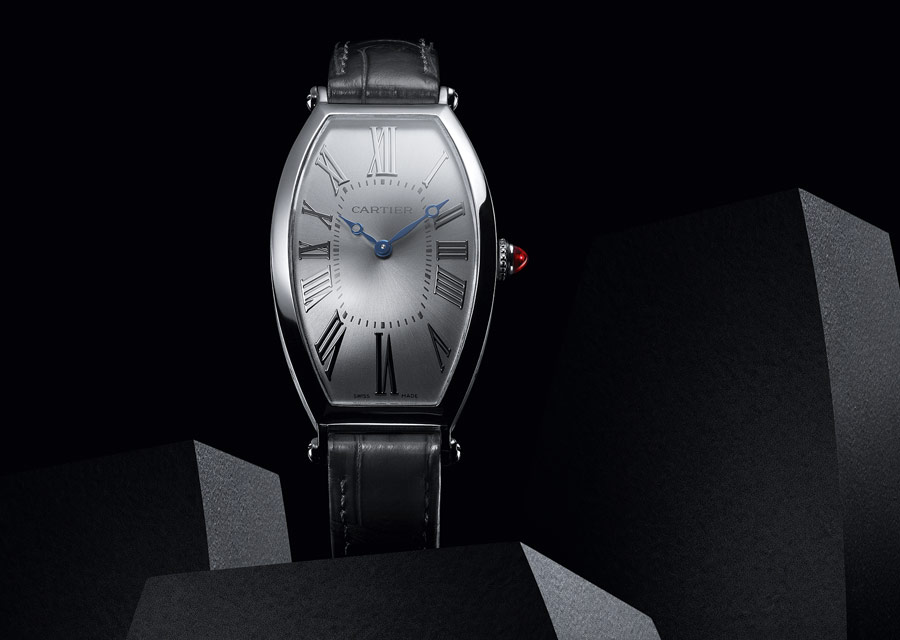 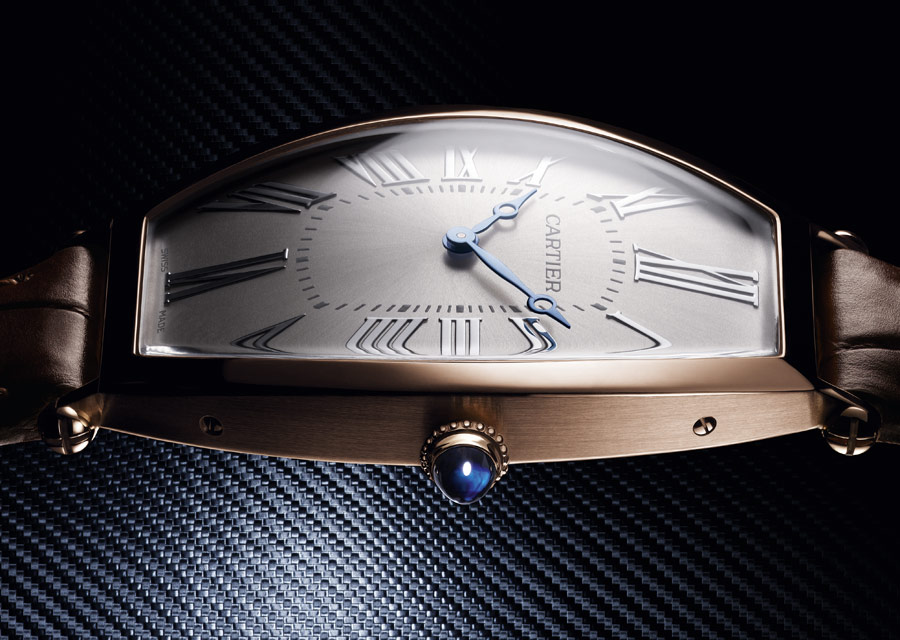 Polished, rhodium-plated numerals stand out against the dial background – champagne-coloured on the pink gold version, silvered on the platinum model. In pink gold or in platinum with a ruby cabochon and issued as a numbered limited edition of 100 pieces, all models are fitted with the new 1917 MC Manufacture calibre.

Call it a revival or a comeback – Cartier elevates the Tonneau watch to the ranks of designer object. With this new watch, Cartier pays tribute to the Tonneau XL dual time zone model in the CPCP collection, which initially had two separate mechanisms for the home time and the second time zone. The ultimate in technical watchmaking expertise is put entirely in the service of aesthetics. Cartier has incorporated the same exacting characteristics, adapting them to the initial shape without altering it.

Selecting a curved case, placing a dual time zone in it, making the whole run on one single movement – 9919 MC calibre – and fitting the geartrain in a line: all this called for every iota of technical mastery and spirit of innovation that Cartier can demonstrate. Two complex feats were required in order to remain true to the original shape. Firstly, to retain the watchcase’s elongated form, all the wheels of the geartrain had to be aligned between 12 and 6 o’clock. 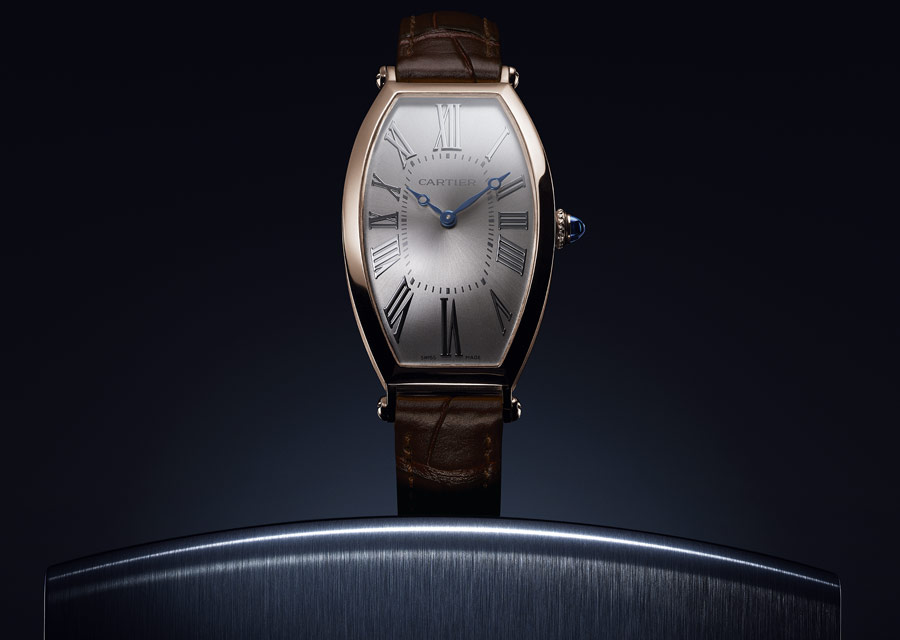 Then the shape of the movement underwent modification, being made to curve so it fits within the curved contours of the Tonneau watchcase. The geartrain features angled cutting on its barrel and escapement wheel. This concern for comfort and ergonomic design required a feat of watchmaking prowess in ensuring the watch follows the curve of the wrist.

Lastly, in the pursuit of aesthetics, the two time zones were linked to create an impressive display combining the useful with the pleasurable: the time is easy to read on the skeleton bridges, and the second time zone is set by pressing on the crown at 4 o’clock and by one-hour jumps. Cartier adds its own watchmaking signature by skeletonising the movement, bringing lightness and nobility to a traditional complication: a demonstration of how to perfectly balance form and function, case and movement. The pink gold and platinum versions come in limited, numbered editions of 100 pieces, while 20 numbered pieces are available in the baguette-cut diamond-set platinum series. 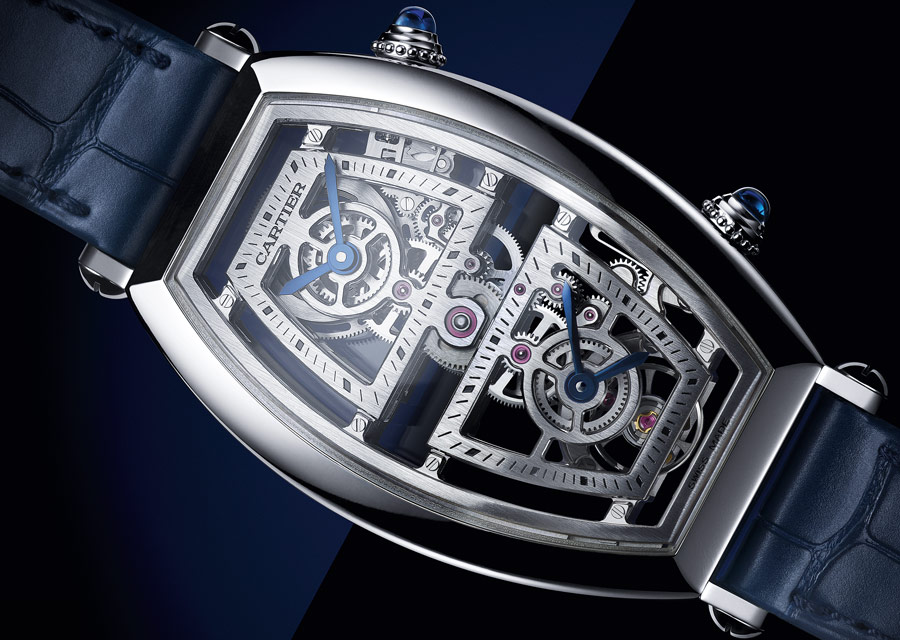