Part inshore series, part offshore race, the annual Rolex Giraglia has many facets. Supported by the watch manufacture since 1998 and organized by distinguished yacht clubs, it is hosted in enticing locations and defined by a Corinthian spirit and intense, fair-minded competition. Its global standing has increased each year since its founding in 1953, as evidenced by the growth in fleet numbers and international span. The 67th edition takes place from 7–15 June 2019, from Sanremo to Monaco. 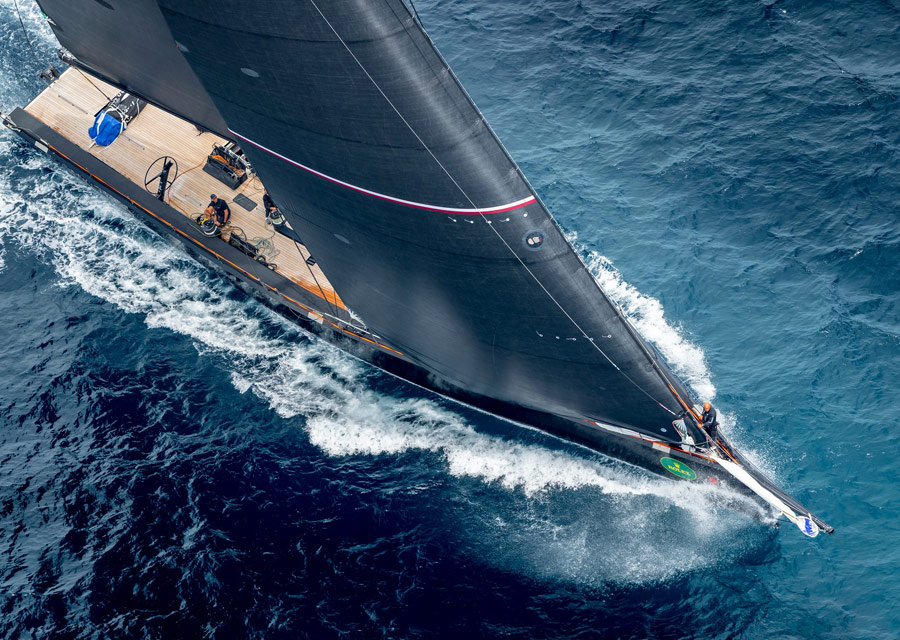 Underpinning Rolex’s involvement in sports that demonstrate commitment, excellence, precision and team spirit are its enduring partnerships with individuals and organizations who set the highest standards of performance. The long-term organizers of the Rolex Giraglia, the Yacht Club Italiano (YCI) and the Société Nautique de Saint- Tropez perfectly meet these criteria. The excellent relationship between these highly respected clubs and the depth of their partnership with Rolex have been key to the continued development of the event, which Rolex first supported in 1998.

“The Rolex Giraglia is a communal experience,” says YCI President Nicolò Reggio. “It’s about being together, a desire to participate and to share a unique atmosphere. To have done the event is to be part of the history of sailing.” 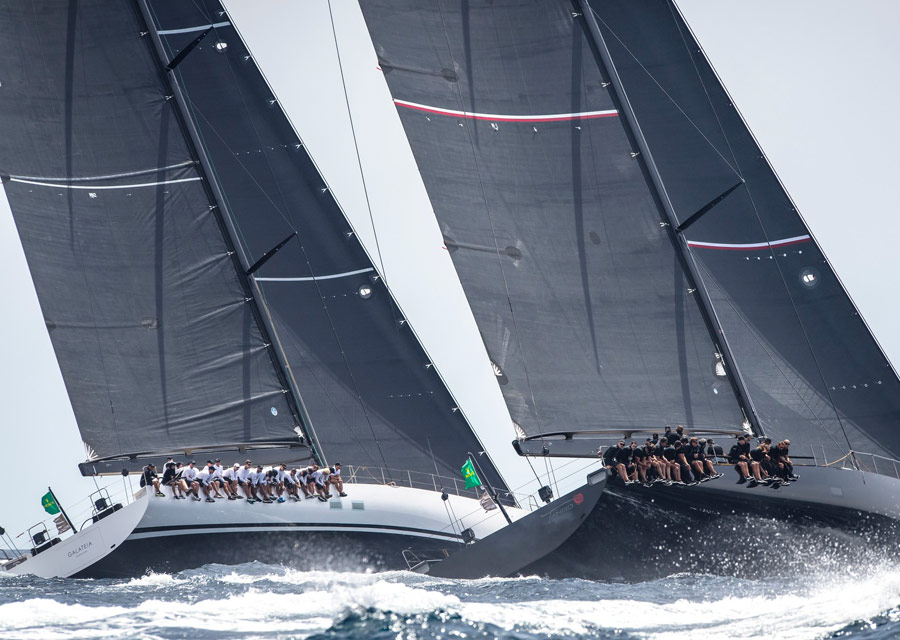 Rolex has been a steadfast supporter of the elite world of yachting for more than 60 years and according to Reggio: “The association is key to the success of our sport and one our club is really proud to maintain. We work closely with all our partner clubs and with Rolex to develop the Giraglia year after year. The core values are common to all those involved – camaraderie, close competition, dedication, commitment, a Corinthian spirit and a professional approach.”

This year, for only the second time in its history, the Yacht Club de Monaco (YCM) will host the finish of the event’s most famous element, the 241 nautical mile offshore race.

Over the years, the Rolex Giraglia has incorporated a number of Italian and French ports, but it was not until 2014 that it first visited the Monégasque principality. In the spirit of friendship that exists between kindred organizations, the YCI offered to hold the offshore race finish in Monte-Carlo to coincide with the opening of the YCM’s spectacular new clubhouse in Port Hercule. Such was the success of the inaugural visit that the decision was made to return this year.

The YCM is another club with whom Rolex enjoys a natural partnership, in this case since 2013. Led by its President, H.S.H. Prince Albert II, and General Secretary, Bernard d’Alessandri, it is a driving force within the Mediterranean and beyond. Club members adhere passionately to a motto of “One Spirit, One Team, One Club” and work tirelessly to foster nautical heritage and tradition, and to preserve the marine environment. Rolex’s close association with the principality, extends beyond sailing to other international sporting events, such as the Monaco Formula 1® Grand Prix and the Rolex Monte-Carlo Masters in tennis.

The week-long Rolex Giraglia commences on Friday, 7 June with a short race from Sanremo. Three days of inshore racing then take place in Saint-Tropez from Sunday 9 to Tuesday, 11 June, with the offshore race to Monaco starting on Wednesday, 12 June. The final prize-giving is on Saturday, 15 June.

Franco-Italian in its creation and ethos, the event enjoys an impressive international repute and is an ever-important fixture on the Mediterranean sailing calendar. Another sizeable fleet – forecast to be in excess of 250 – is expected to take part, with the entry list already featuring a diverse range of yachts, including the 54.9 metre (180 foot) Marie, the largest yacht ever to have entered. 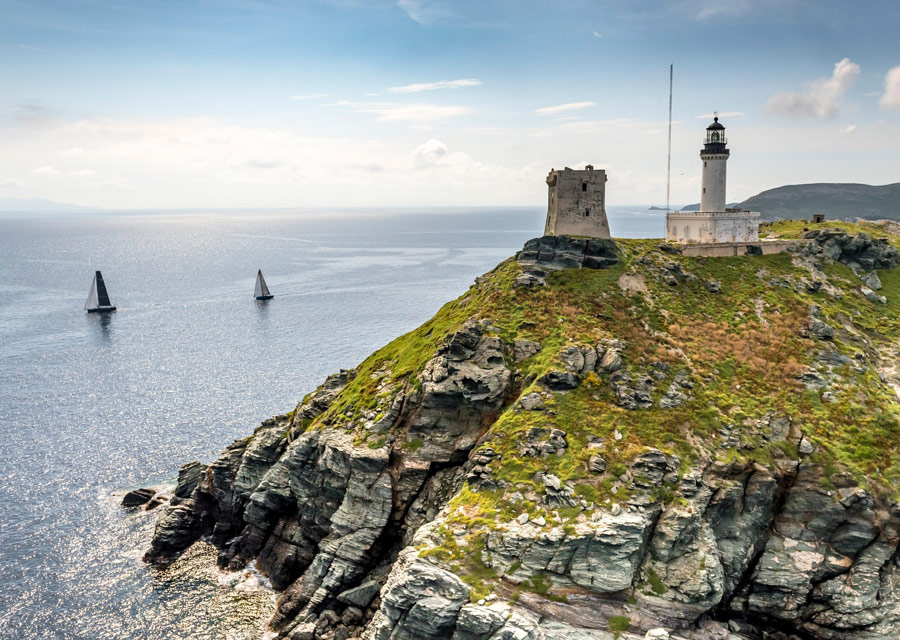 The symbol of the Rolex Giraglia offshore race is the rugged, eponymous rock, lying a mere nautical mile off the northern coast of Corsica. A mythical, uninhabited outpost, it offers a stunning turning mark for the fleet. While shorter than other leading offshore races in the Rolex portfolio, such as the 628 nm Rolex Sydney Hobart Yacht Race and the 605 nm Rolex Fastnet Race, the Rolex Giraglia remains demanding. The compact distance raises intensity, heaping pressure on crews to perform at their best in often capricious conditions. Contests within the fleet are regularly determined in the final miles of the race.

Robert Scheidt, the five-time Olympic medallist, twice Rolex World Sailor of the Year and Rolex Testimonee, is better known as a single-handed sailor. He has competed in a number of offshore races in his time and witnessed several close finishes. In 2009, he and his crewmates on Luna Rossa lost out to the eventual line honours winner just as they approached the finish. Scheidt still looks back on the experience with enthusiasm: “It is a fantastic race with marvellous scenery. The Giraglia rock, particularly, is very special. Our race was thrilling with three or four of the leading boats so close together at the finish.” 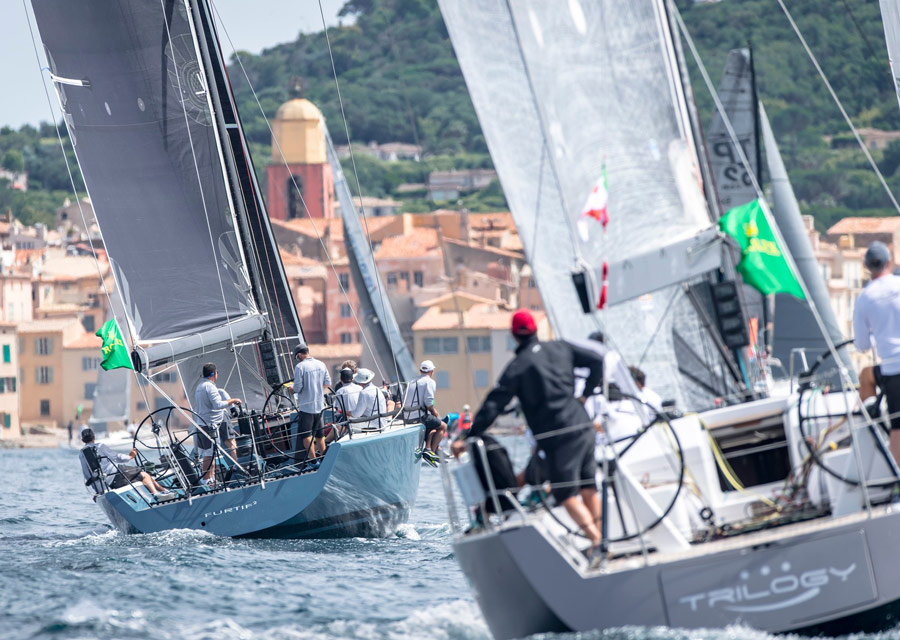 Putting aside any disappointment in the outcome, Scheidt recognizes the achievement in simply completing an offshore race: “A long race like this is a challenge. Your accomplishment is as part of a team. There is so much work behind these races. Getting the boat to the start, preparing the sails, the mast and the crew. Managing the shift between day and night, keeping people rested and in good form to do their job well. It is a big project, and if you achieve your potential it is a great feeling.”

Among this year’s offshore race frontrunners will be George David’s Rambler, the monohull line honours winner at the Rolex Fastnet 2017 and four-time line honours winner at the Rolex Middle Sea Race. New to this event, David will have one eye on the race record, the blistering time of 14 hours 56 minutes 16 seconds set by the Slovenian Maxi Esimit Europa 2 in 2012. Given the conditions, Rambler is more than capable of eclipsing this benchmark. 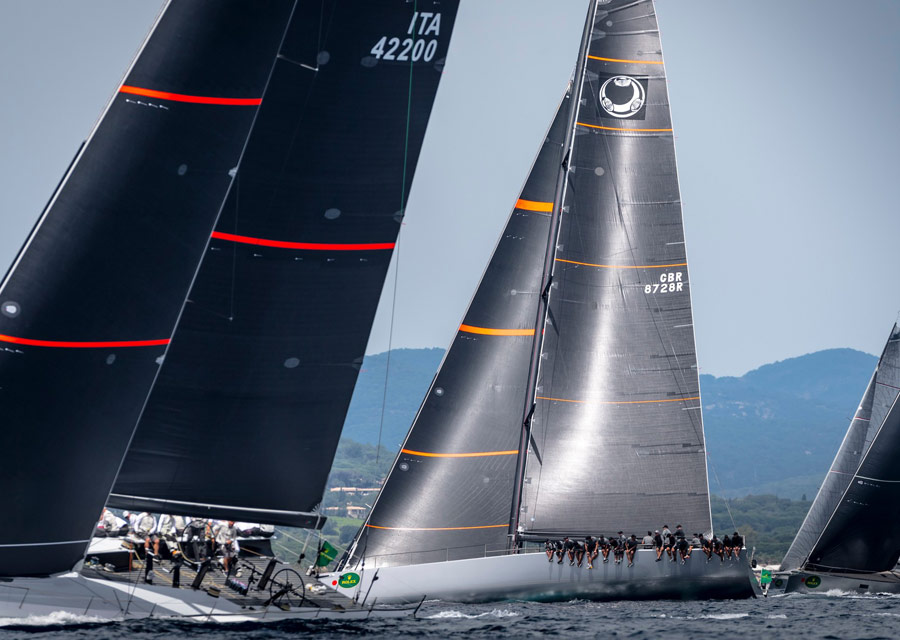 A natural and supportive partner

Rolex has always sought to associate with activities that are motivated by passion, excellence, precision and team spirit. Rolex naturally gravitated towards the elite world of yachting, forming an alliance that dates back to the late 1950s. Today, Rolex is Title Sponsor of 15 major international events; from leading offshore races, such as the Rolex Sydney Hobart Yacht Race, Rolex Middle Sea Race and the biennial Rolex Fastnet Race, through to the highest-level grand prix competition at the Rolex TP52 World Championship and spectacular gatherings at the Maxi Yacht Rolex Cup and the Rolex Swan Cup. The Swiss watchmaker’s close relationships with the most prestigious yacht clubs around the world, including the Cruising Yacht Club of Australia, Yacht Club Italiano, Yacht Club Costa Smeralda (Italy), New York Yacht Club (United States), and the Royal Yacht Squadron (Cowes, United Kingdom) are the foundation of Rolex’s enduring relationship with the pinnacle of this spectacular sport.