By breathing life back into Longines’ patrimonial timepieces, the Heritage collection sees the arrival of a new model directly inspired by a chronograph that was designed in 1946. 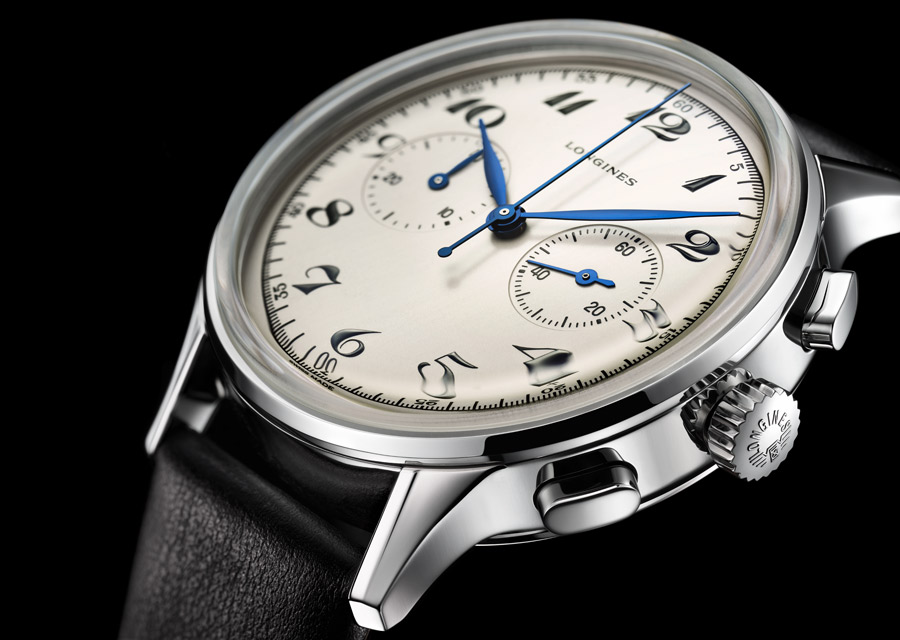 Longines adds a new model with chronograph function to its Heritage segment, which will delight the many vintage-looking watch enthusiasts and aficionados. This collection enables the company to revisit its old models by combining aesthetic fidelity and modern watchmaking techniques: this is a tribute to the pioneers who marked history through their exploits underwater, on land, but also and above all, in the air. The most iconic piece—at least the most famous—certainly remains the Lindbergh Hour Angle Watch, a reissue developed for the American pilot Charles Lindbergh in 1931. Yet the Heritage series models include many other pieces that have all the bases covered to seduce us. 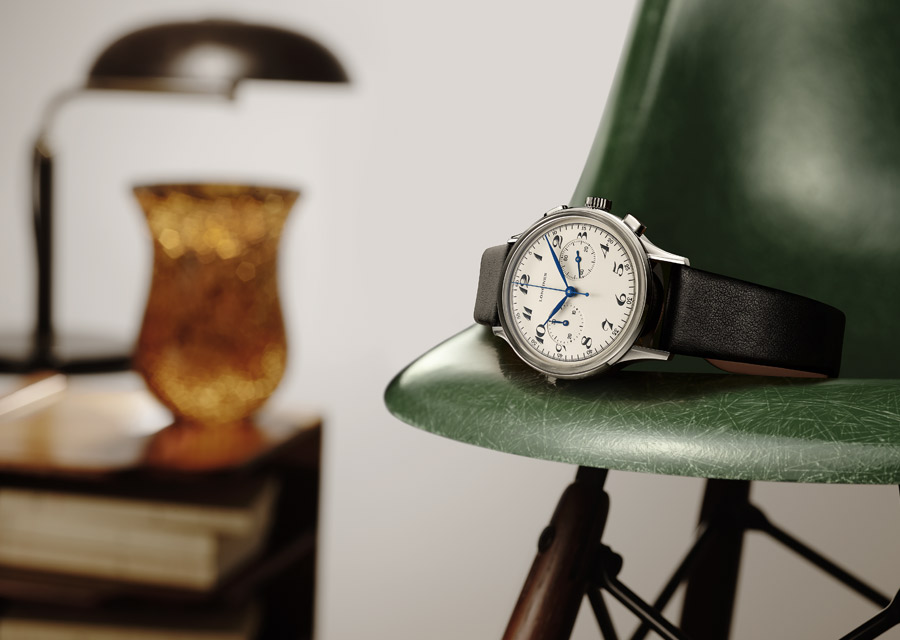 It is the case of the new Heritage Classic 1946 chronograph, which is a reinterpretation of a classic-looking Longines watch from the forties, as the name rightly suggests. Dedicated to urban rather than purely sporting use (the case is water-resistant up to only 30 metres), this 40 mm-diameter steel re-edition incorporates an ETA automatic movement with a rate of 28,800 vibrations per hour, developed exclusively for Longines (reference L895.5). On the front, the domed opaline dial echoes the historic design with its finely sculpted counters and hour markers in ‘dolphin’ style Arabic numerals characteristic of the period. 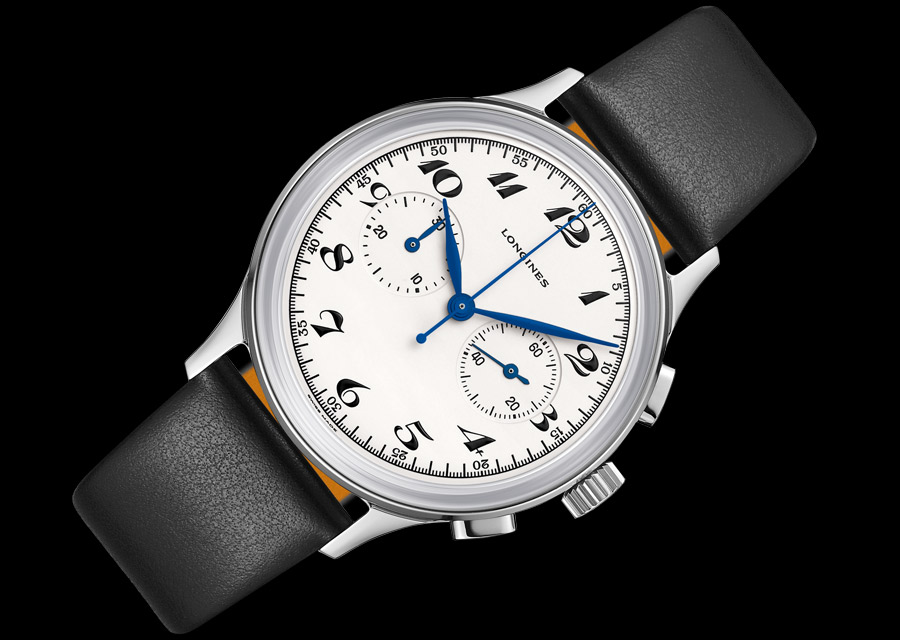 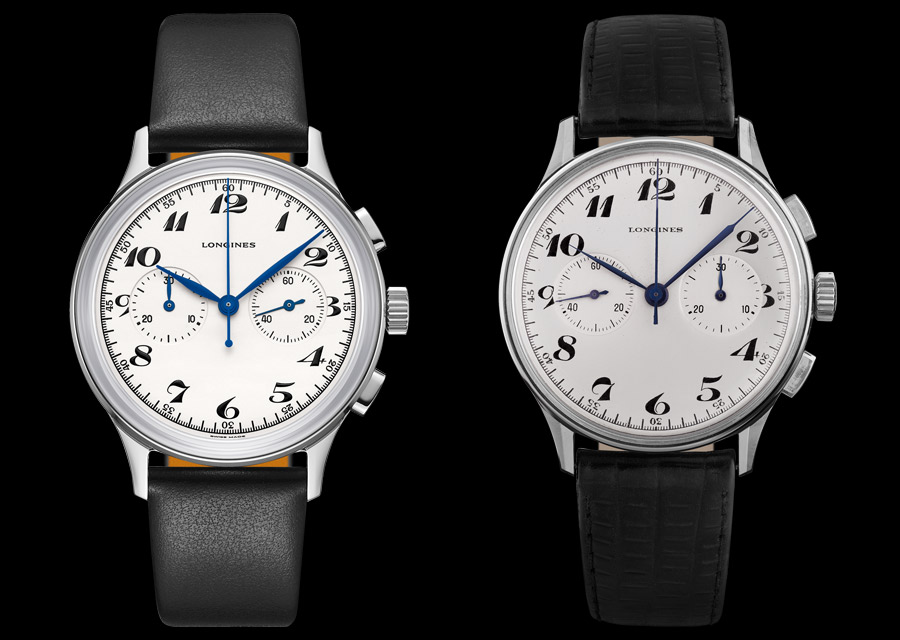 The resemblance to the original model is uncanny. To see the very few differences which nevertheless exist, it is necessary to first be interested in the arrangement of the counters, which are reversed compared to the 1946 chronograph. Not forgetting the slight faceting of the horns on the original—which are polished on today’s version—and the curvature of the glass. Another subtle point of divergence is the design of the blued steel needles when placing the two models side by side as shown above, the 2020 version being on the left and its 1946 counterpart being on the right.

Offered at €2,880, the Heritage Classic Chronograph 1946 has everything a high-end vintage mechanism could ask for. It has a retro spirit, which the instrument confirms with the presence of a semi-matt black leather strap, with a soft texture and an imperceptibly aged finish.