The S3 Swiss aerospace program has chosen TAG Heuer as a partner for the marketing of flights in zero gravity Airbus A340-300. 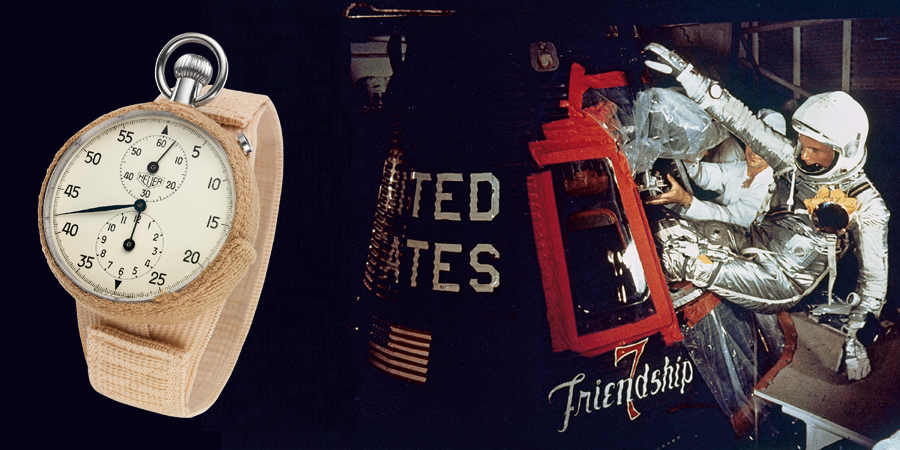 Fancy flying aboard a private A340 ? What about experiencing Zero Gravity ? More and more people will now have the chance, thanks to the S3 Swiss Space Systems aerospace program, which has chosen TAG Heuer as its partner to embark on this extraordinary adventure. The Airbus A340-300 owned by the S3 programme, a subsidiary of the Swiss Space Systems aerospace company, will bear the TAG Heuer livery when it starts marketing its S3 ZeroG flights around the world.

Remember that TAG Heuer was the first Swiss watch company to go into space. That was back in 1962, when John Glenn wore a Heuer watch aboard the FriendShip 7 rocket.

Today we celebrate a new, unique experience open to all: the S3 programme will give the public a chance to experience Zero Gravity at an accessible price, from over 15 destinations worldwide. The first flights will take place in Switzerland in September, before being inaugurated in the United Arab Emirates. This unprecedented experience will then be launched in Asia and North America.

This is a very select club: private A340s in an original configuration. And the flight plans are as flexible as those of a private jet. The aircraft can fly at an altitude of just 300 m, for example around the Matterhorn or Mont Blanc. 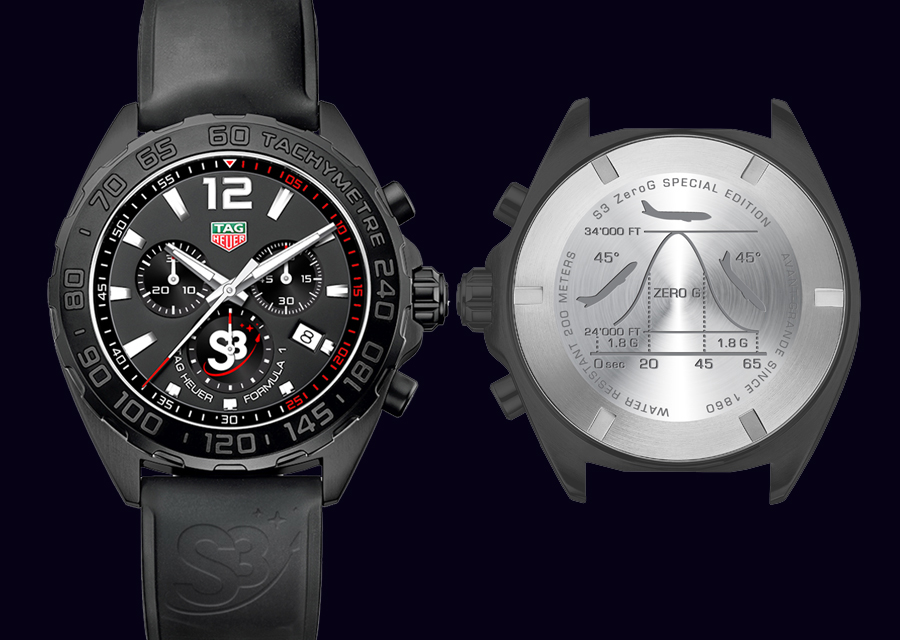 A different kind of partnership: TAG Heuer will not limit itself to a presence on the programme’s advertising media. The Swiss watch brand will be fully engaged alongside the S3 team, for a different kind of partnership. First stage: the design and production of exclusive TAG Heuer S3 watches, which will serve as boarding passes to access the plane. Upon embarking, passengers must don special gear, leaving watches, jewellery and other valuables on the ground.

All in all, an ultra-exclusive VIP club of those around the world who have had “the Experience”, a programme which will open up to more and more people, in keeping with the notion of accessible luxury that TAG Heuer holds dear, and an Avant-Garde enterprise that dares to be different, unique and innovative, just like TAG Heuer. A very special programme. A great adventure. And it’s only just begun…
We’ll be back in September with more on the second stage of the partnership.

About Swiss Space Systems
Swiss Space Systems Holding SA is a Swiss company founded in 2012 in Payerne, Vaud, Switzerland which supervises the activities of its subsidiary companies. The objective of the S3 Group is to develop, build, certify and operate suborbital shuttles for small satellite deployment, up to 250kg, and to introduce the world’s first wide-body zero gravity flight experience world-wide. www.ZeroG.s-3.ch 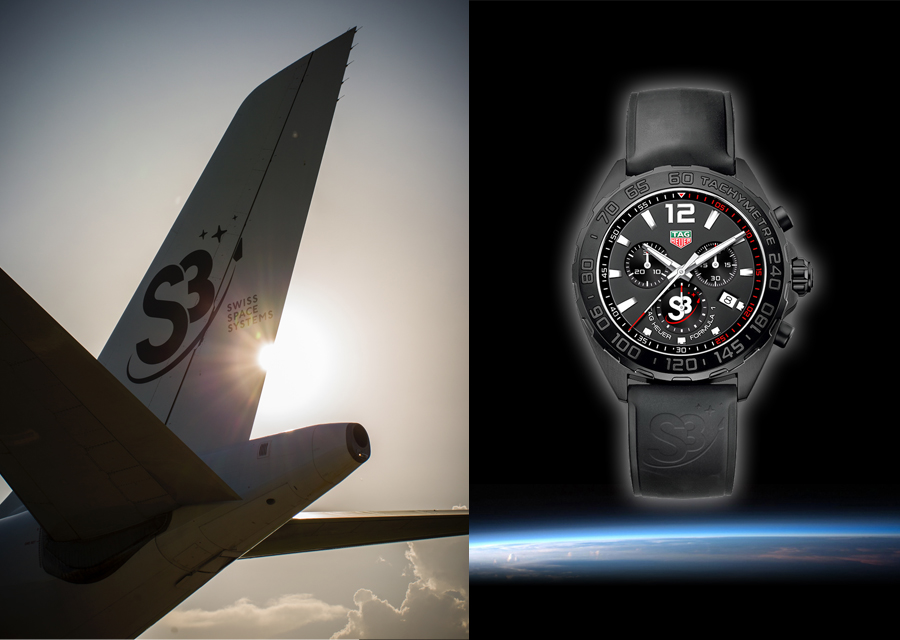 About TAG Heuer
The avant-garde of Swiss watchmaking since 1860. Ever since, TAG Heuer has been striving to push the boundaries further, inventing timepieces for those who love to defy convention. This technical expertise was harnessed at a very early stage for achieving extreme accuracy, particularly in the creation of exceptional chronographs.

Under the leadership of Jean-Claude Biver, CEO of the brand and President of the LVMH Group Watch Division, the new models reveal a new dynamism: faster lead times and developments, and a completely transformed environment. TAG Heuer is currently the only watch brand able to communicate in the four different worlds: Sport, Lifestyle, Art and Heritage.

Our partnerships (the F1 Red Bull Racing TAG Heuer Team, the F1 Monaco Grand Prix, the FIA Formula E Championship, the Indy 500 in Indianapolis, the Pikes Peak, the Carrera Panamerica, the English football Premier League, the German Bundesliga, Major League Soccer in the USA, the Chinese Football League in China, the Australian national football team, as well as the World Surf League and Big Wave Tour) and our ambassadors, living football legend Cristiano Ronaldo, it-girl Cara Delevingne, icons of electronic music David Guetta and Martin Garrix, American star quarterback Tom Brady, Australian actor Chris Hemsworth, all share the brand’s core values: teamwork, ambition and a taste for challenge, which drive TAG Heuer to go beyond the traditions of the watchmaking industry. Our slogan #DontCrackUnderPressure is much more than an affirmation: it’s a state of mind.