A special agent calls for a special watch, and Omega is giving it the full Bond edition treatment. The new James Bond Seamaster Diver 300M Edition 007 model was unveiled for the first time in New York, at an Omega event, and in the company of British actor Daniel Craig. With the watch on his wrist, he will once again play the role of the British service agent in the upcoming ‘No Time To Die’ movie, which will be released in cinemas at the beginning of April 2020. 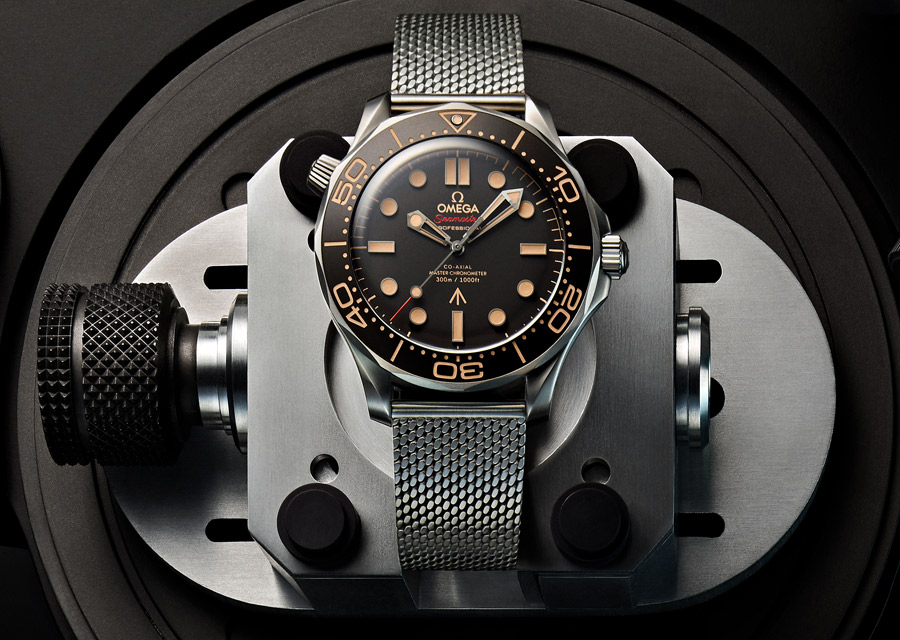 To see an Omega accompanying the adventures of Her Majesty’s most famous secret agent, we have to go back to 1995, when the manufacture became the James Bond saga’s official watchmaker. Oscar-winning costume designer Lindy Hemming decided to perfect the character by giving him a Seamaster model with a blue dial for the film GoldenEye. Twenty years later, in 2006, Pierce Brosnan passed his Commander Bond costume on to Daniel Craig for Casino Royale, making him one of the brand’s most emblematic ambassadors on the screen. Three movies—Quantum of Solace (2008), Skyfall (2012) and Spectre (2015)—followed, and became the playground for different variations of the Seamaster (Diver 300M, Pante Ocean 600M and Aqua Terra).

Just a few months before the release of the 25th opus of the series—’No Time To Die’ scheduled to hit French theatres on 8 April 2020—the watchmaking Maison Omega unveiled the new edition to be worn by 007. It was created in close collaboration with both Daniel Craig and the producers, and the Seamaster Diver 300M Edition 007 seeks to reflect the British agent’s image by cleverly blending modern technicality and retro spirit. ‘We thought a lightweight watch would be critical for a military man like 007. I also suggested some vintage touches and colours to give the watch a unique edge. The final piece looks incredible,’ the actor said. 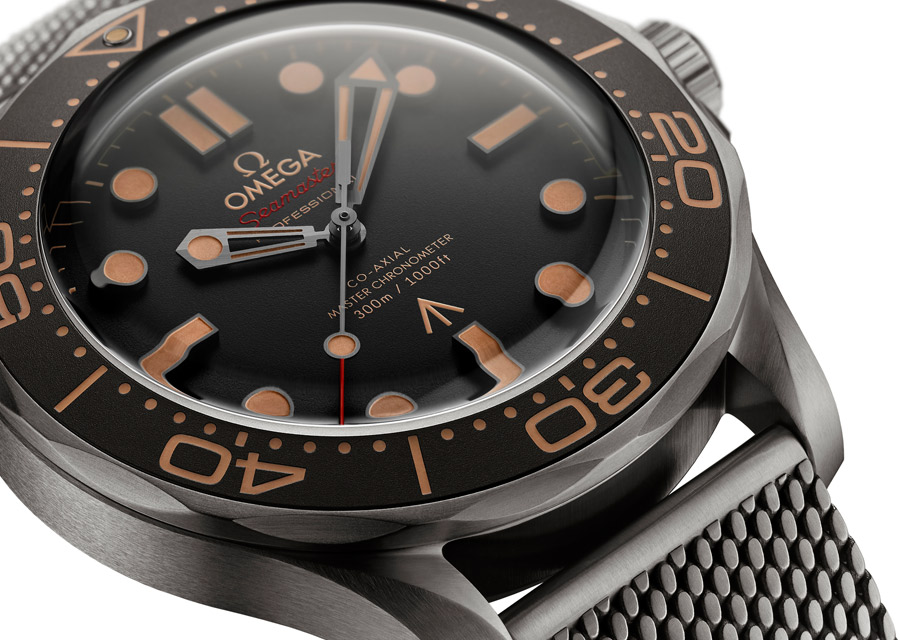 “Q” himself—an emblematic figure of the saga and genius creator whose famous gadgets often save Bond’s life on missions—could have imagined this instrument, in view of its performances. With a diameter of 42 mm, this timepiece is a genuine professional diver’s watch, which showcases both beautifully lightness and extreme sturdiness because of its titanium. It is water-resistant down to 300 metres underwater, and its case is equipped with a unidirectional rotating bezel graduated over 60 minutes. The aluminium insert is a beautiful “tropical” brown colour that gives off a very attractive, vintage-style feel. The helium valve is a device visible at 10 o’clock in the case middle, but it is only ever necessary for deep dives in a hyperbaric chamber—also known as “saturation diving chambers.” On the dial, this edition is punctuated by large hands and wide hour markers covered with cream-coloured Super-LumiNova, which contribute to the aestheticism of the retro look while guaranteeing optimal readability of the indications in any and all situations. 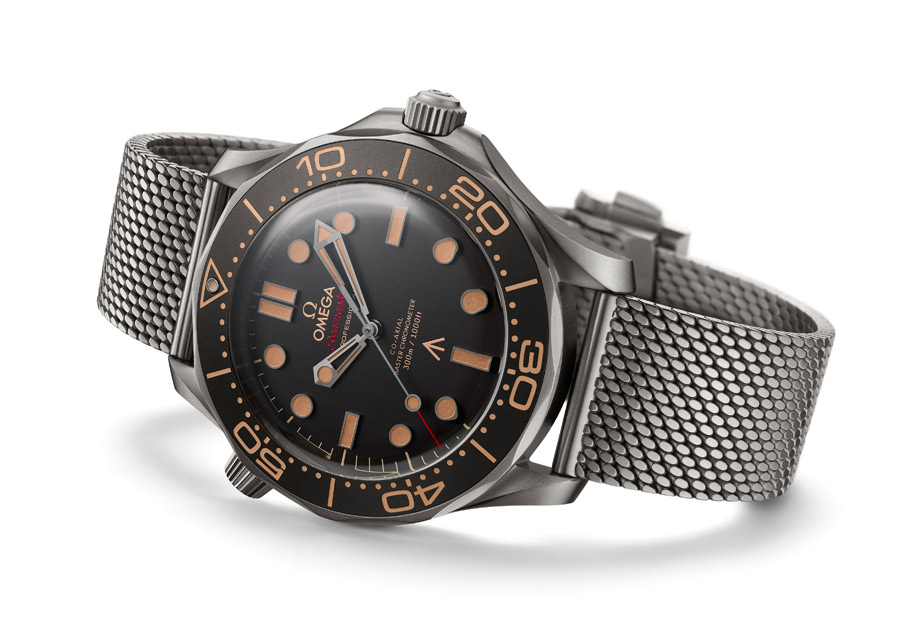 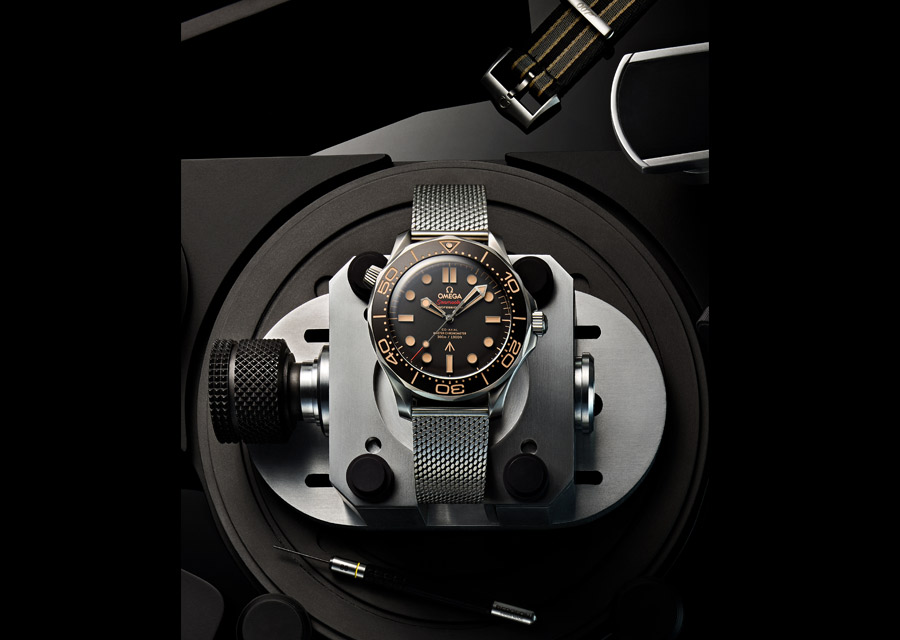 On the caseback side, this special edition displays a series of numbers that are usually found on military watches. The British Navy’s personal code ‘0552’ is associated with the number ‘923 7697’ which designates a diving instrument, while the letter ‘A’ confirms that its crown is screwed down. ‘007’ is the well-known reference to the agent’s serial number and, last but not least, the presence of a ’62’ is a nice nod to the year of release of the very first James Bond—James Bond versus Dr.No. Inside this novelty product, Omega has obviously placed one of its latest-generation automatic calibres, certified Master Chronometer by METAS (Swiss Federal Institute of Metrology): a movement with remarkable chronometric precision and which remains insensitive to magnetic disturbances for up to 15,000 gauss. 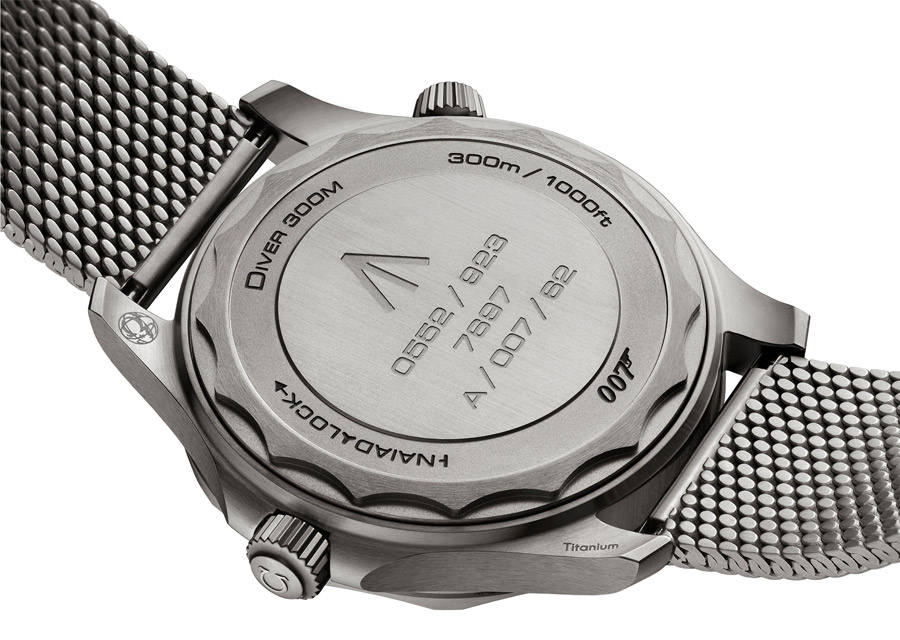 The watch is delivered in an exclusive brown fabric case, and will be offered either on a titanium Milanese mesh strap with an innovative adjustable buckle (8,600 Euros) or a NATO with dark brown, grey and beige stripes (7,600 Euros). The finishing touch is an excellent surprise for fans of both fine mechanical engineering and the adventures of the British spy: the Seamaster Diver 300M Edition 007 will be available in Omega boutiques from February 2020 in a non-limited edition. 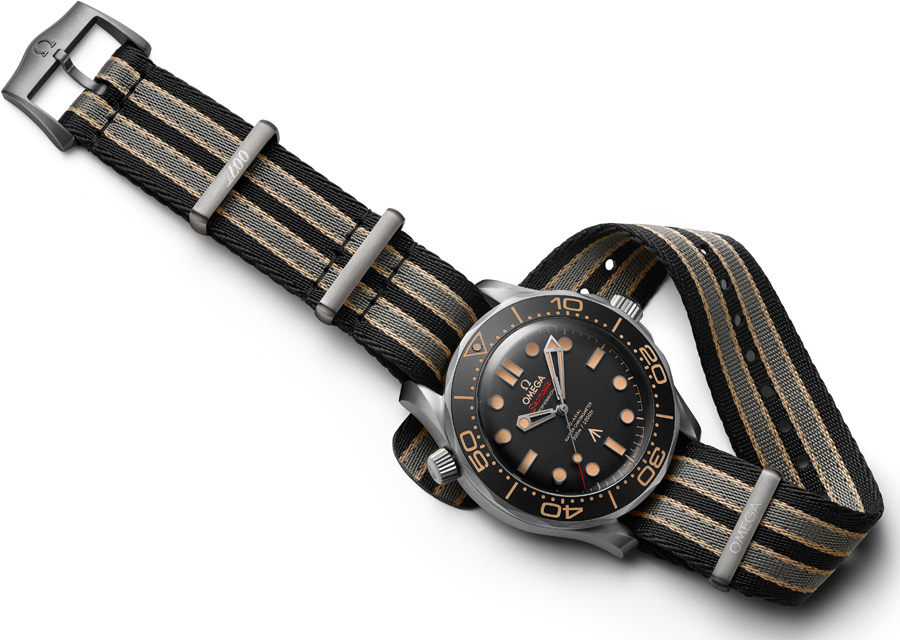 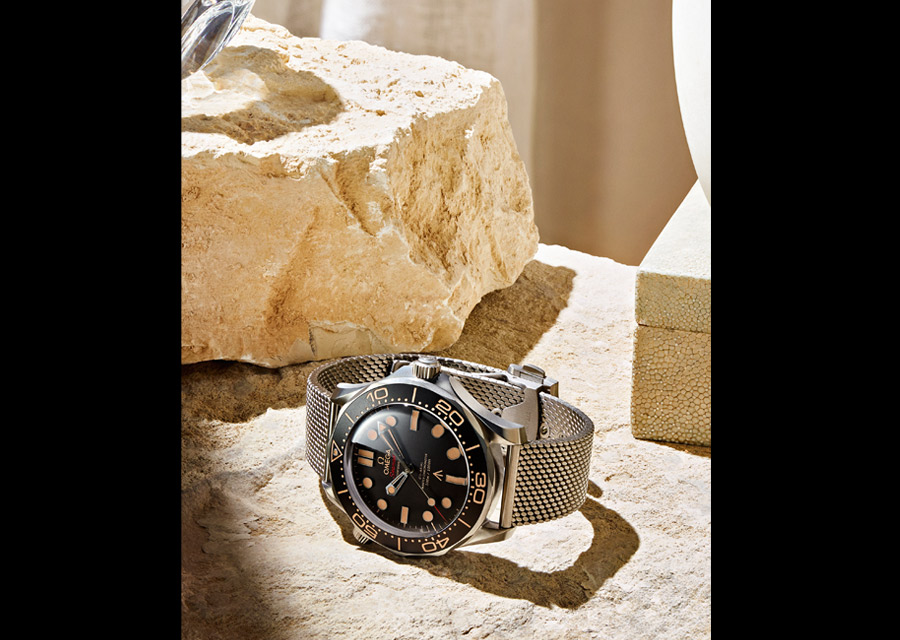