Well-known to vintage timepieces’ collectors and fans of Omega’s emblematic chronograph, the Calibre 321 of the Speedmaster, which took part in the conquest of space, is back in the collection on a steel Moonwatch. 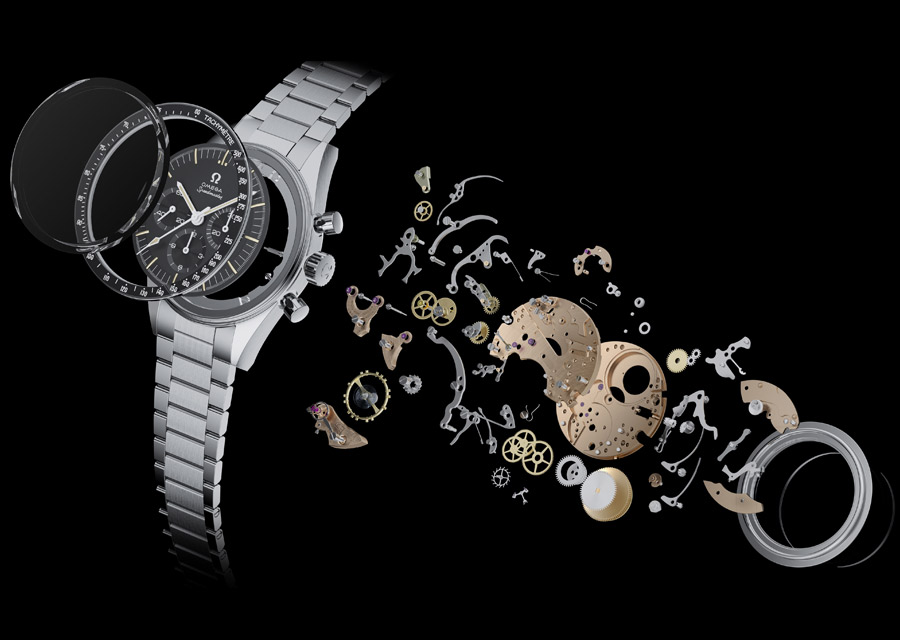 It is one of the most famous and required movements nowadays, which Omega has decided to revive by reissuing Calibre 321. Behind this numerical code name, there is a hand-winding mechanism, which equipped the first versions of a true icon, the Speedmaster chronograph: the original 1957 model but also those who took part in the conquest of space.

This movement was notably at the heart of the Speedmaster ST 105.003 worn by the astronaut Edward White, the first American to perform a spacewalk in 1965, before entering definitively into the legend with the ST 105.012 versions that accompanied the first lunar landing in 1969 with Buzz Aldrin and Neil Armstrong during the Apollo 11 mission. 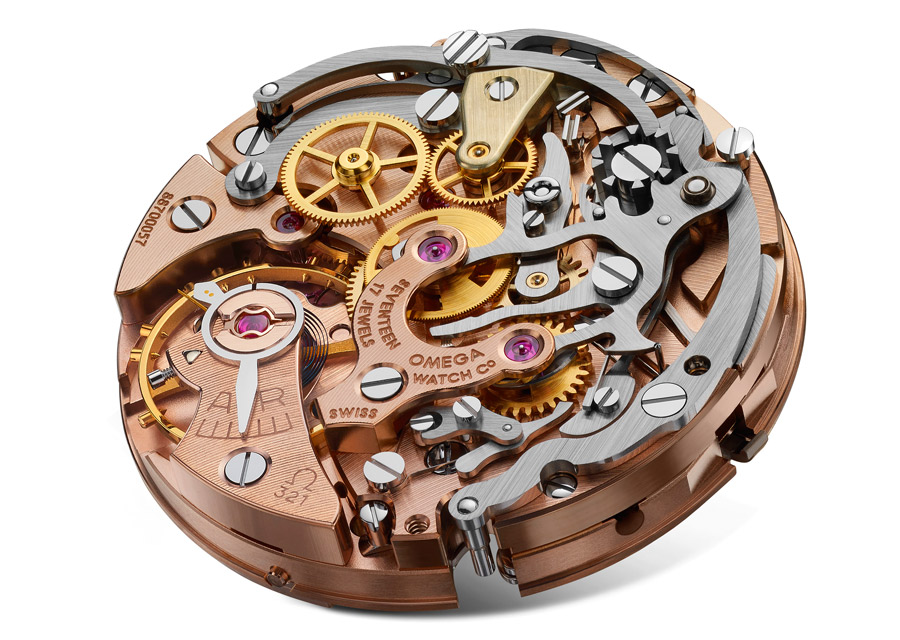 A return in several stages

In January 2019, Omega began a year of extraordinary festivities for the 50th anniversary of Apollo 11 and announced the return of the historic Calibre 321. Extremely faithful to the original movement in its construction, this reissue would benefit from the latest innovations in modern watchmaking and, in particular, from a watchmakers unit specifically dedicated to its fabrication, in the Omega’s manufacture in Bienne. 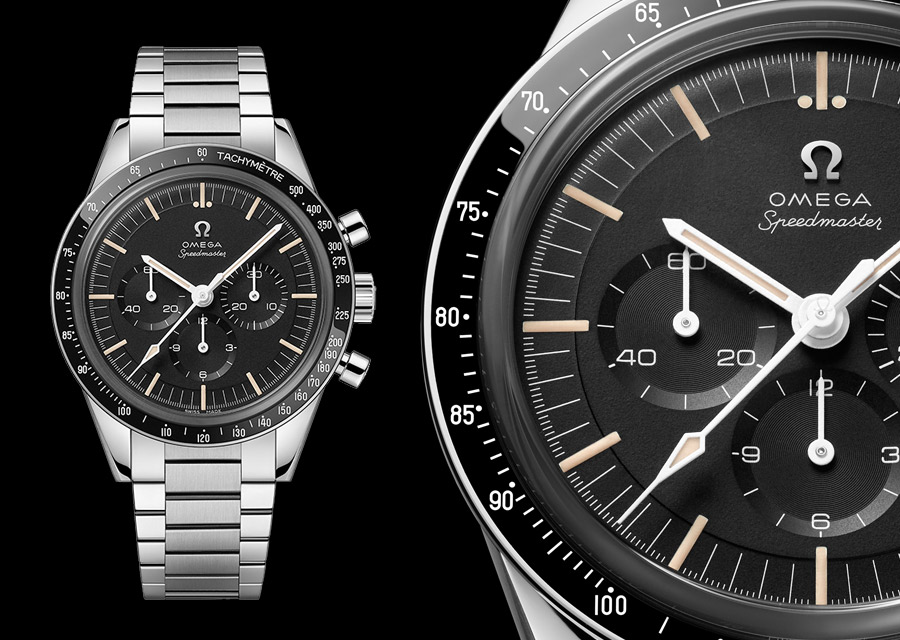 Six months later, the rebirth of the Calibre 321 became a reality with the luxurious Speedmaster Moonwatch 321 combining a platinum case, onyx dial, white gold indexes and lunar meteorite counters. With a diameter of 42 mm, it reveals all the beauty of its mechanism on the case-back: a hand-wound chronograph movement (55-hour power reserve), equipped with a Breguet balance-spring, column wheel and Sedna™ 18-carat gold finish with PVD treatment. Fruit of two years of research to redesign the movement identically, the new generation Calibre 321 is a little marvel of micromechanics. But, offered at 56 000 Euros, the platinum instrument remains exclusive and, of course, is not addressed for a general public.

But today, Omega completes its offer with a steel edition, which is logically more affordable (13 200 Euros). A timepiece expected by enthusiasts and which directly inscribes its name in the long line of Omega’s iconic references. 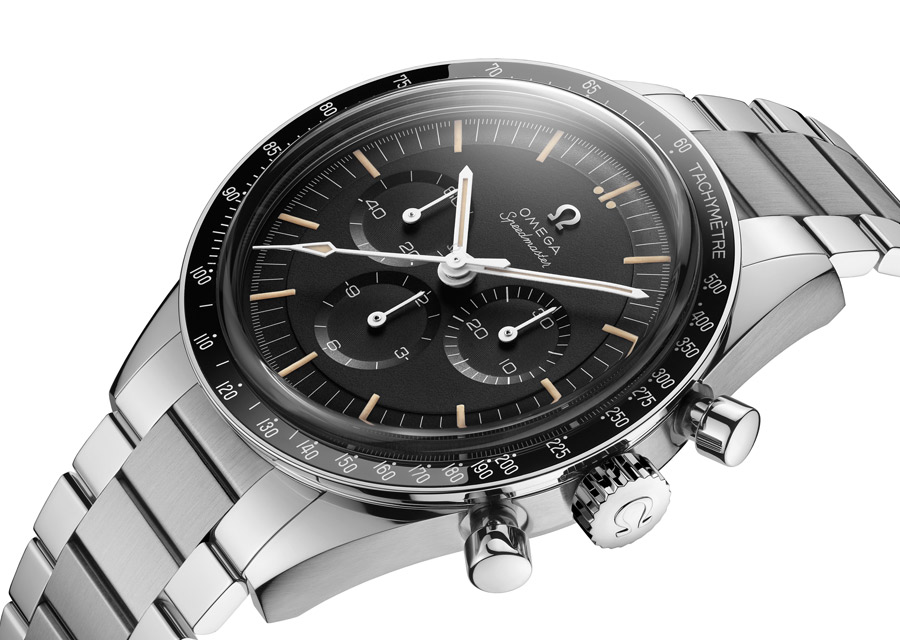 A steel Speedmaster in space-time

Equipped with a bezel ring in polished black ceramic, contrasted with a white enamel tachymeter scale, this all-steel edition reminds the historical models. Bracelet and case middle’s design are different from the classic Speedmaster “Professional” automatic in the collection. 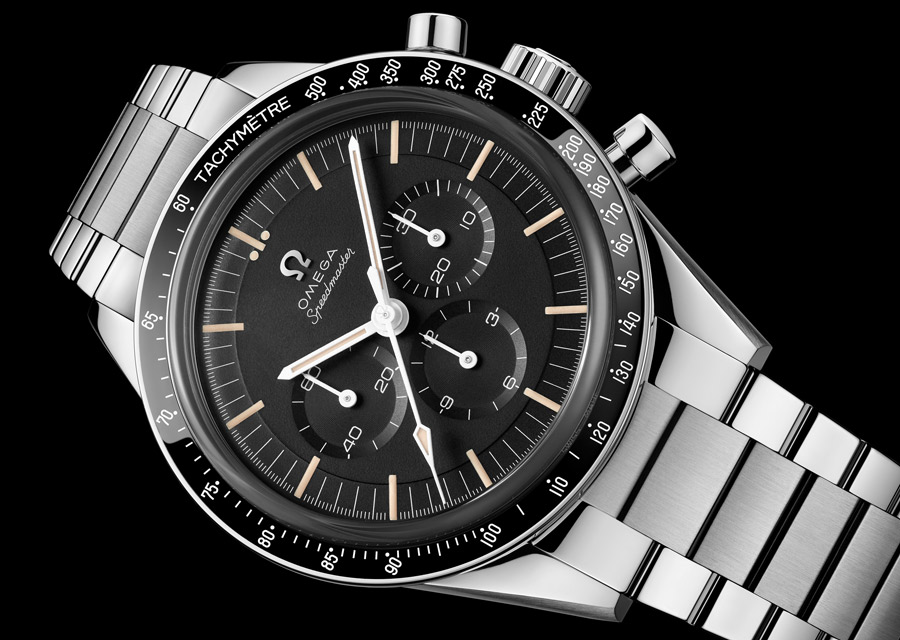 Smaller, like the period pieces, this Speedmaster with Calibre 321 is only 39.7 mm in diameter and houses a black dial with three characteristic Moonwatch counters and hands. It also has the historic Omega logo at noon and on its bezel is the small dot above 90 on the tachymeter scale. Reference to the past, this positioning is typical of older models with a “DON” bezel for Dot Over Ninety, as opposed to the more recent versions nicknamed “DNN” (Dot Next to Ninety), where the dot is next to the 90. A detail that is sure to please the aficionados. Water-resistant up to 50 meters, the watch obviously has a transparent back to admire the new famous Calibre 321 ‘s golden gears. 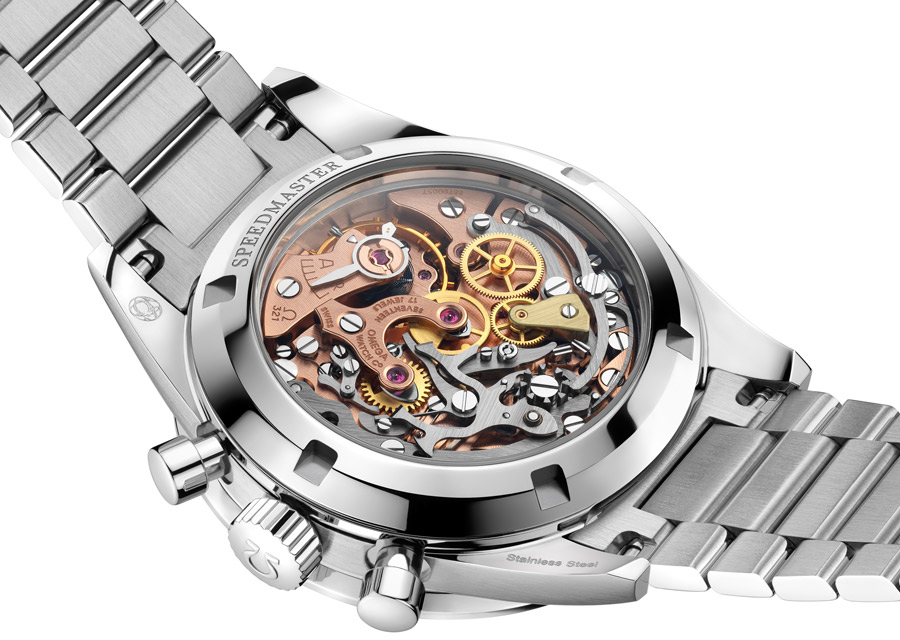 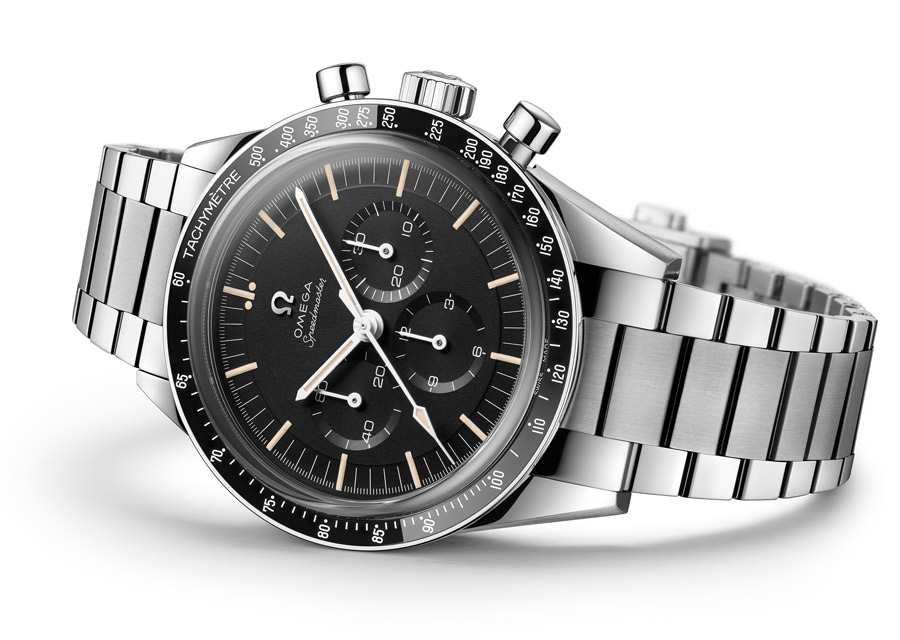