Highly expected, the list of historic Maisons and independent watchmakers who will be taking part in the Watches & Wonders exhibition—formerly the SIHH—at the end of April in Geneva, has been announced by the Fondation de la Haute Horlogerie.

We published it last October: Watches & Wonders will take place from April 25th to 29th in Geneva. The former SIHH (the historic Salon International de la Haute Horlogerie) is therefore getting a complete makeover with an open space, and will even spread to the heart of the city of Geneva through several events. It will be more interactive too, as not only will it give the participating watch brands the opportunity to present their new products, but also let them reveal to the international press and to their current and future customers their plans and strategies for 2020. “Watches & Wonders Geneva is more than a fair. It offers brands a genuine forum of expression for their vision, their strategy, their collaborations, their ethical and social responsibility; in a word, everything that makes up the day-to-day life, values and DNA of their Maison,” says Fabienne Lupo, Chairwoman and Managing Director of the Fondation de la Haute Horlogerie. 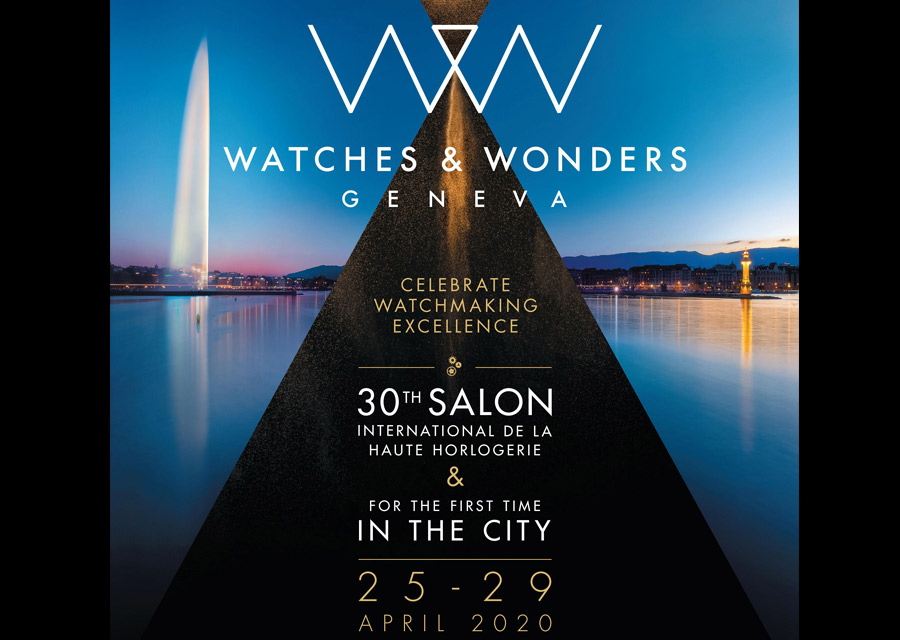 The show opens the closed circle of its Historic Maisons to MB&F and H. Moser & Cie, which are taking up the places left vacant by the departure of Audemars Piguet and Richard Mille after spending four years in the Carré des Horlogers, with the particular ambition of showcasing the outstanding work of a number of independent watchmakers. These two new members inscribed their names alongside fifteen prestigious Maisons: A. Lange & Söhne, Baume & Mercier, Bovet, Cartier, Girard-Perregaux, Hermès, IWC, Jaeger-LeCoultre, Montblanc, Panerai, Parmigiani, Piaget, Roger Dubuis, Ulysse Nardin and Vacheron Constantin.

The Carré des Horlogers, which was created in 2016 and intended for independent craftsmen-creators—welcomes five new brands: Fabergé, a historic Maison more famous for its imperial eggs, but nevertheless distinguished by fabulous watch and jewellery creations, Arnold & Son, who derives its English origins from a great 18th-century watchmaker: John Arnold, Rebellion: a young sprout in the world of watchmaking that offers instruments with atypical mechanics, Rudis Sylva: and his famous “Harmonious Oscillator” by Mika Rissanen—a tourbillon with two balances of remarkable finish—and Purnell: whose tourbillon is a real playground.

New name, new dates, new organization, and new events: the Geneva Show does its utmost to renew itself and find the right formula to remain the unmissable watchmaking event it has always been.