Latest addition to the Artix range, the Oris Artix Skeleton reveals a blackened skeleton mechanical movement with a galvanic treatment that allows Oris to propose a bold reinterpretation, elegant and modern. 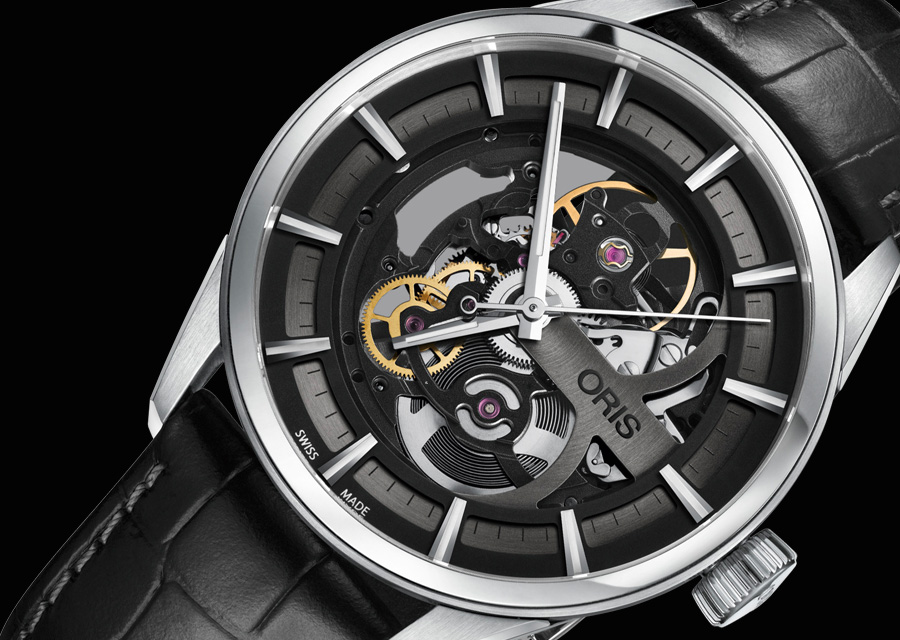 Oris’s latest skeletonised watch brings elements of both classical and contemporary watchmaking together, combining a skeletonised movement with the best of 21st century watch design and finishing techniques. Oris has black-plated the skeletonised parts of the movement in various shades of black and grey, giving it an intriguing three-dimensional finish.

Historically, watchmakers practised skeletonisation so they could showcase their talents and reveal the intricacies of a movement. While that’s still true today, it’s now also seen by watch enthusiasts as an opportunity to demonstrate their appreciation for the watchmaking tradition. Oris is a passionate believer in perpetuating the watchmaker’s craft and has been at the forefront of the movement to promote the intrinsic, long-lasting value of a mechanical watch. 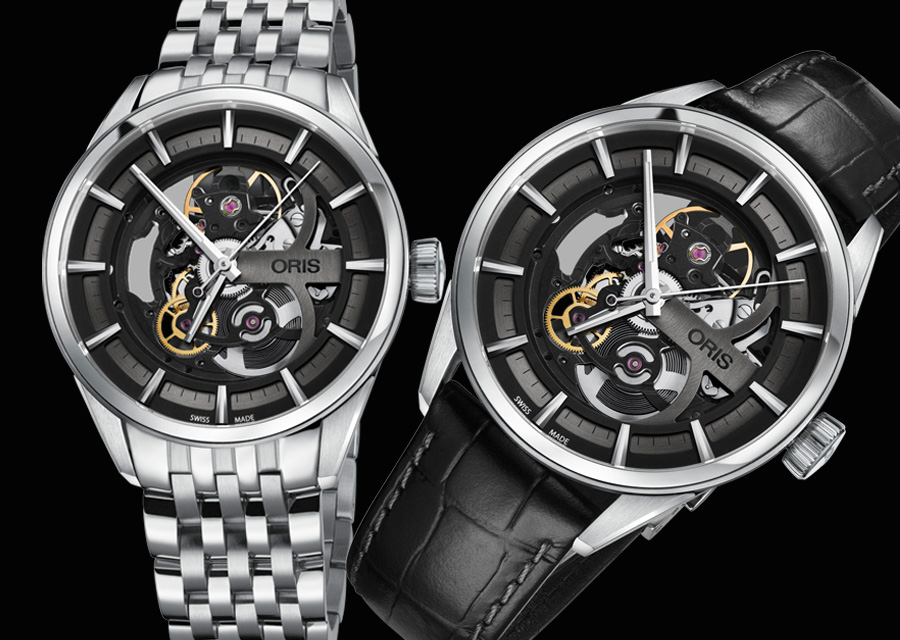 The Oris Artix Skeleton has a number of considered touches beyond its blackened movement parts. The company logo has been elegantly and discreetly milled into a bridge of the dial at 3 o’clock, while openings right through the movement give the wearer occasional, poetic glimpses of Oris’s signature Red Rotor as it rotates.

Oris has also given careful consideration to the Artix Skeleton’s size. The original Artix was 42mm in diameter, but the new watch is a more contemporary 39mm in diameter. 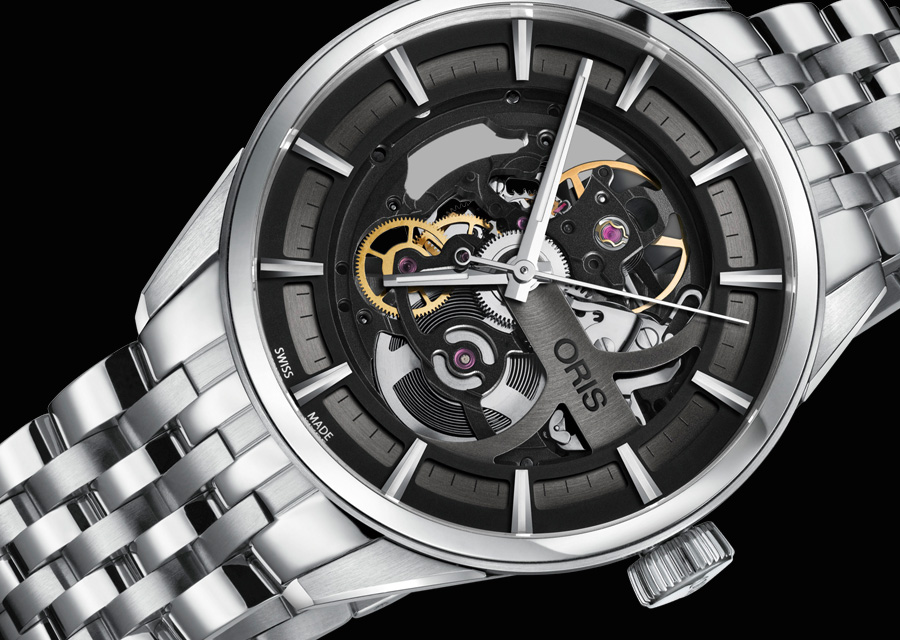 The new Oris Artix Skeleton is a timeless blend of traditional watchmaking values and contemporary design. It will be available from March, 2016, and in keeping with Oris’s commitment to creating accessibly priced luxury mechanical watches, it will retail for CHF 2,600.00