On Monday 13th and Tuesday 14th of May at Great Trippetts Farm in West Sussex (England), Jaeger-LeCoultre organised an event around polo with the Marquise of Milford Haven, Clare Mountbatten. A close friend of the watchmaking house and an outstanding player in this equestrian discipline, she is also captain of the manufacturer’s polo team. After a first morning of playing, the day was followed by a lunch at Cowdray House, a 13th century Tudor mansion, with the actress Gabriella Wilde, who will soon appear in the film Wonder Woman 1984. 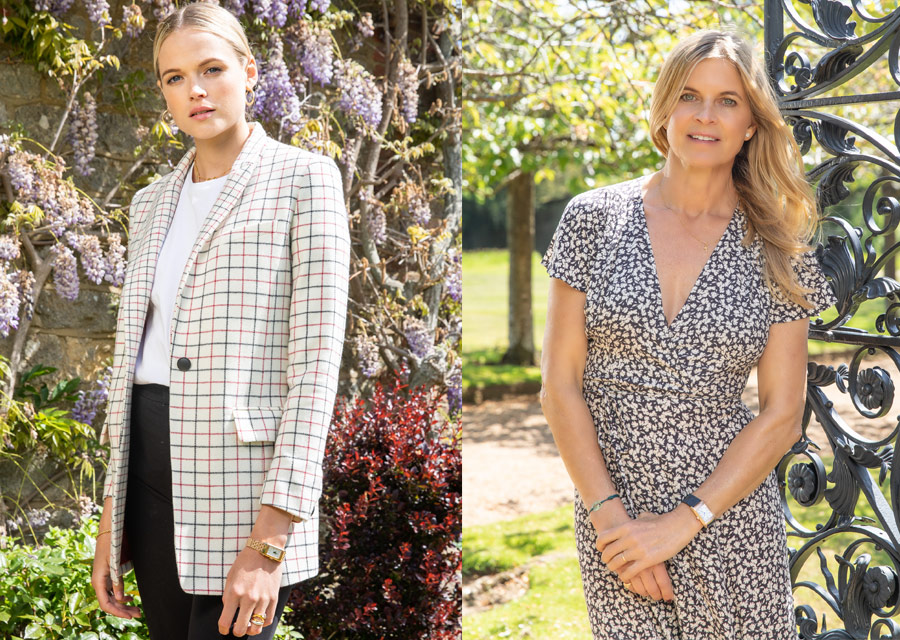 At this occasion, Jaeger-LeCoultre naturally highlighted its iconic Reverso watch with the presentation, by a watchmaker, of numerous variations, all of which perpetuate the history of the original watch and its tilting case. This was imagined in the 1930s when a polo player, who had broken his timepiece during a game, ordered a model with a dial should be protected during these very busy games. The watch movement was designed by Jacques-David LeCoultre and the case by the engineer Alfred Chauvot, who created a remarkable ingenious system. Reversible, the instrument’s Art Deco-style case slides into its holder and can be turned around to reveal, on the front side, its full and customizable back, thus protecting the dial from any impact, which in this position is on the bottom side. The Jaeger-LeCoultre manufacture later used the special feature of the Reverso to equip it on the back with a second dial for less sporty editions. 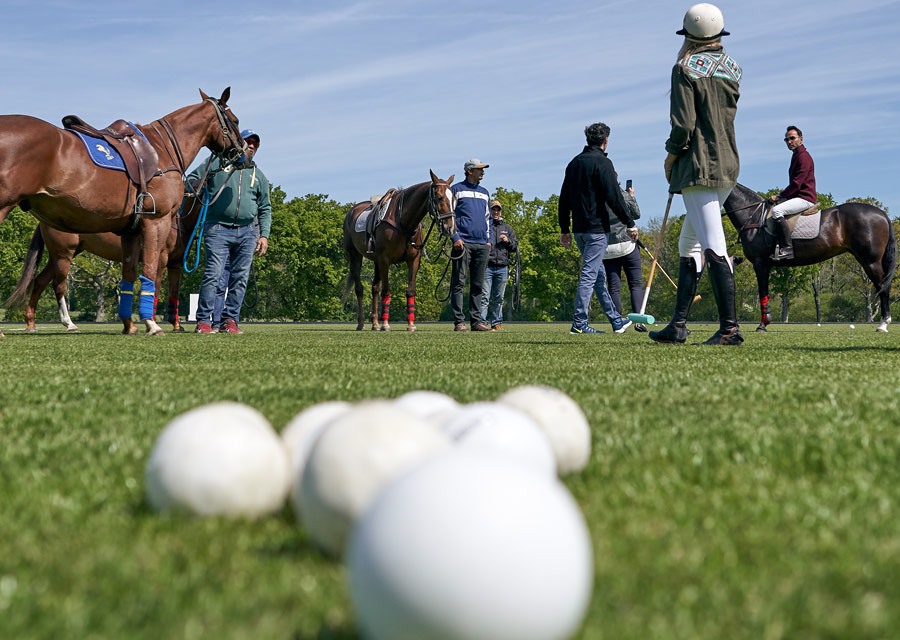 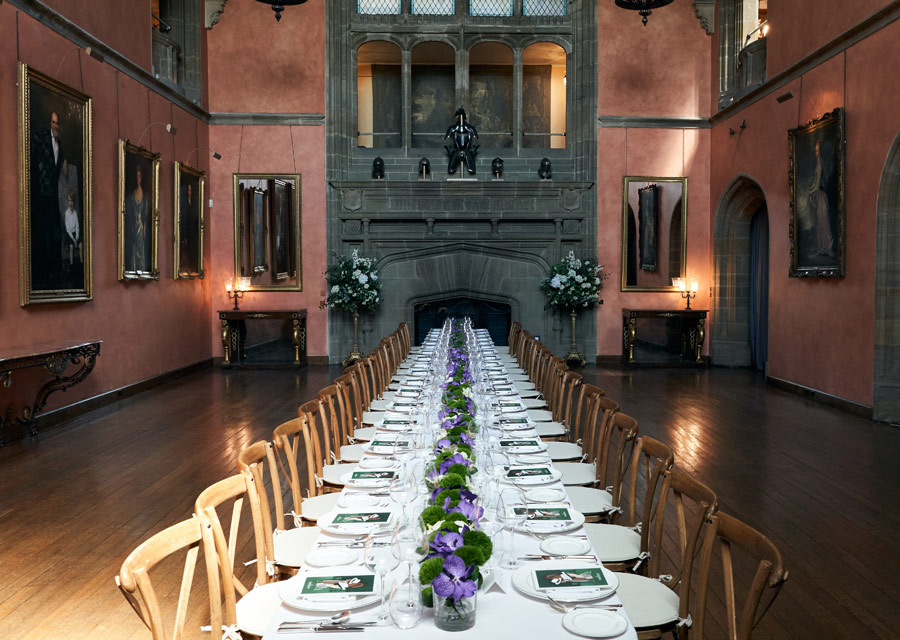 Guests admired, touched and tried, like Gabriella Wilde, a very beautiful selection of Reverso models. Among others, the Reverso Tribute Small Seconds with red dial and served on a leather strap, designed by the famous Argentine manufacturer of traditional polo boots, Casa Fagliano, but also the Reverso Tribute Duoface Fagliano in pink gold, combined with a two-tone blue Cordovan leather strap handcrafted by Casa Fagliano. Limited to one hundred copies, this edition has two dials (blue sunny front and silver ‘guilloché’ back). Or the Reverso One Duetto for women’s wrists, which features a sunrayed silver ‘guilloché’ dial on the front and a burgundy lacquered or a night blue sparkled dial on the back. 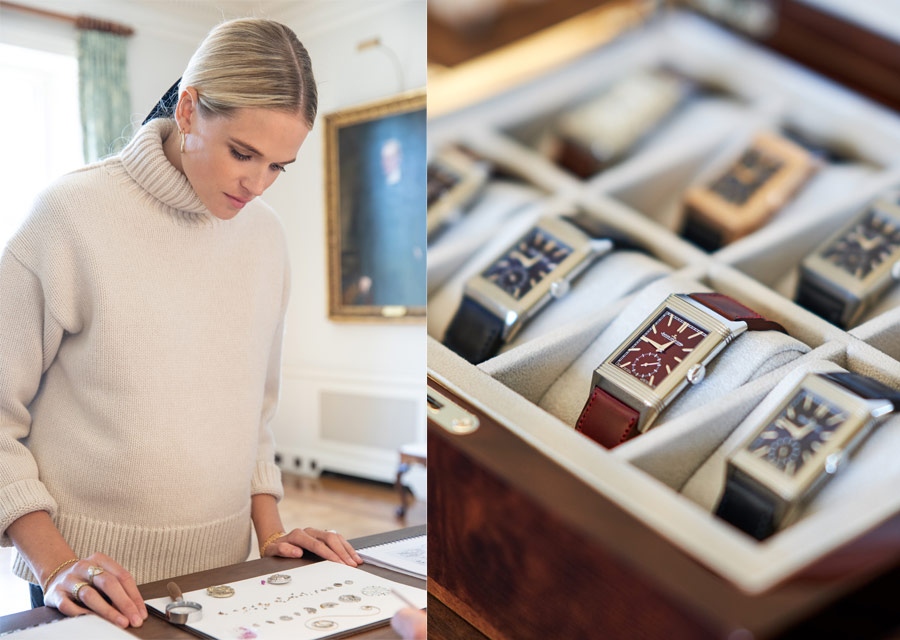 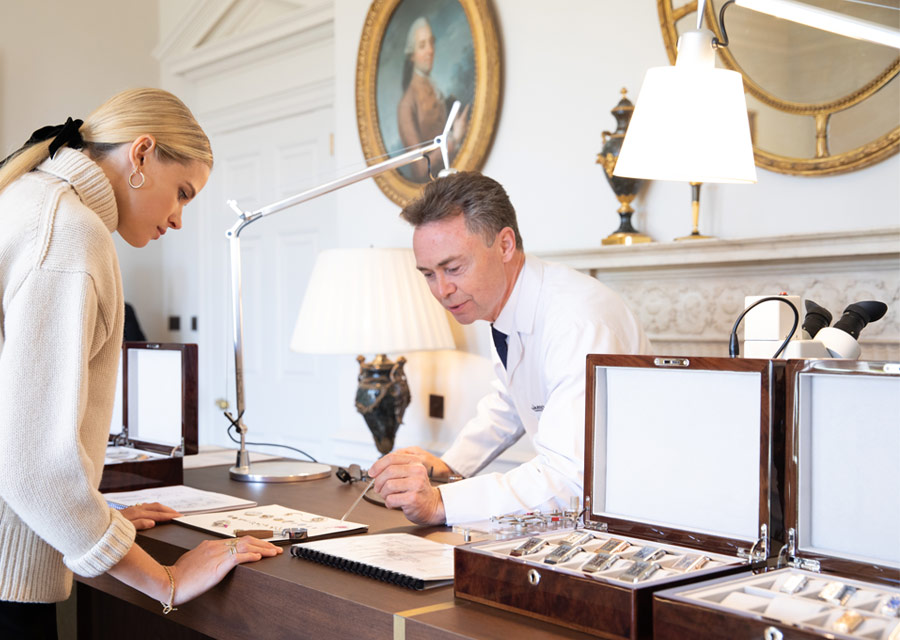