For its first feminine model of the Grande Seconde SW, Jaquet Droz offers a case of 41mm set with 40 diamonds perfectly combining taste for competition and jewelry. A timepiece to the light modernity. 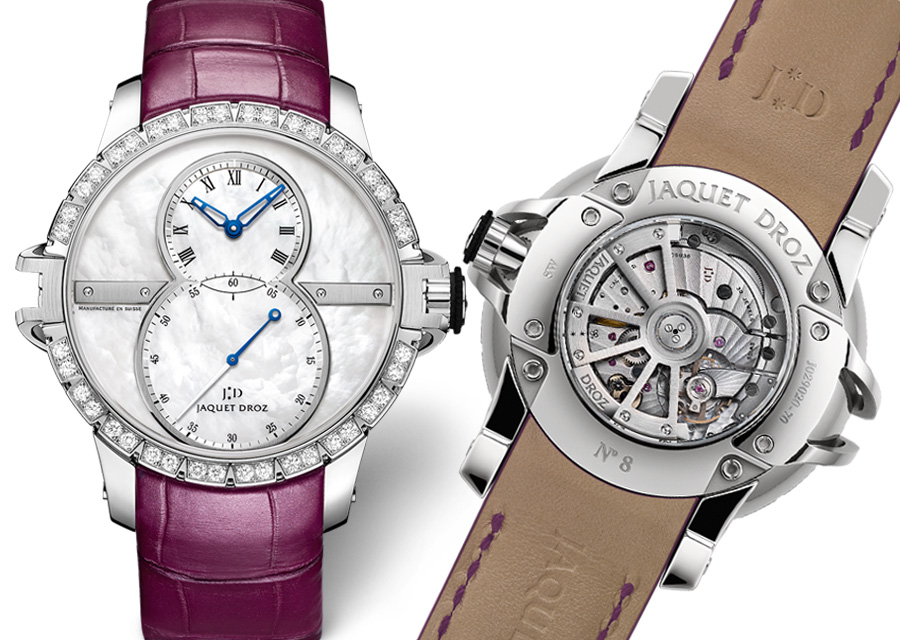 Since the beginning of Jaquet Droz, the figure 8 has held pride of place in the imagination of the brand known by its twin stars. A symbol of infinity, balance and achievement, its silhouette has adorned the Grande Seconde since the Enlightenment, while the watch’s two superimposed subdials shake up the aesthetics of watchmaking by celebrating the poetry of the most fleeting instants. 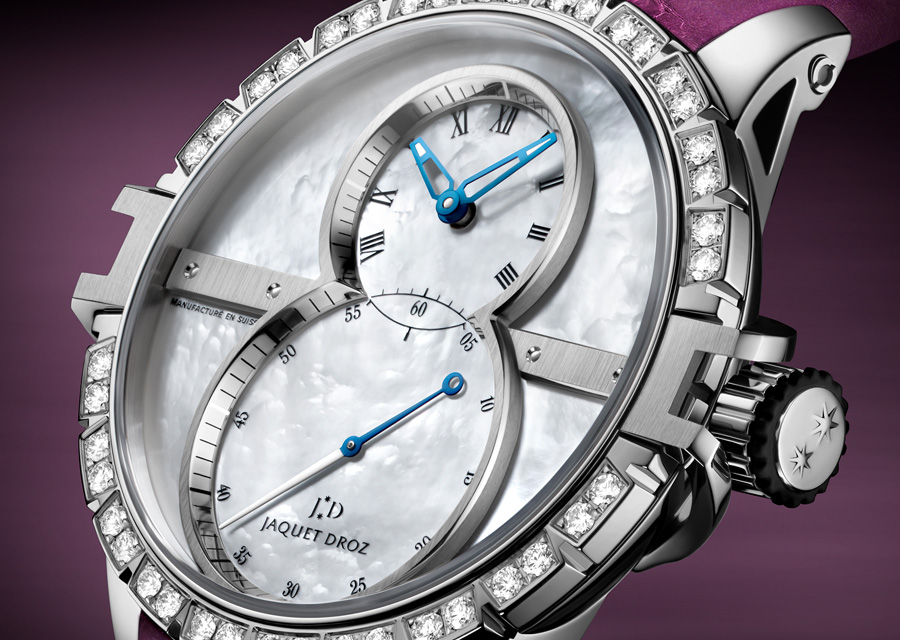 Launched in 2008, the Grande Seconde SW is its athletic version, with a powerful and distinguished build that has made it one of the leading models of Jaquet Droz. This year, a new version is being unveiled. Sporty and feminine, imposing and precious, the Grande Seconde SW Lady is instantly recognizable. Its stainless steel case, 41 mm in diameter, is offered for the first time in a version set with diamonds. Following in the great tradition of mineral dials that made Jaquet Droz famous, a mother-of-pearl disc, as beautiful as it is delicate, forms the dial of this watch. Shimmering effects and the play of light interact with the sparkle of 40 diamonds set on the fluted bezel and with the reflections of the ring and plates in white gold. The case’s finishes, in turn brushed and polished, add to the enchanting and captivating design of this model. Each element has been given special attention. The horns have been hollowed for greater lightness, a dynamic touch highlighted by the sporty spirit of the crown’s rubber cast, offering water-resistance to 5 bar (50 meters). Running across the traced Arabic and Roman numerals, the blued steel hands are partially coated in Super-LumiNova to shine in the dark, displaying the time with the exceptional reliability that is made possible by the silicon balance spring with which the movement is equipped, as this material is unaffected by magnetic fields or changes in temperature and pressure.

A watch that is firmly contemporary and sporty, the Grande Seconde SW Lady is also a treasure of luxurious femininity. The alligator leather strap, directly incorporated into the case, is offered in elegant powdered violet. The movement, visible through sapphire crystal, captures the attention and makes it possible follow each motion of the hollowed out weight atop a sunray-polished Côtes de Genève motif. 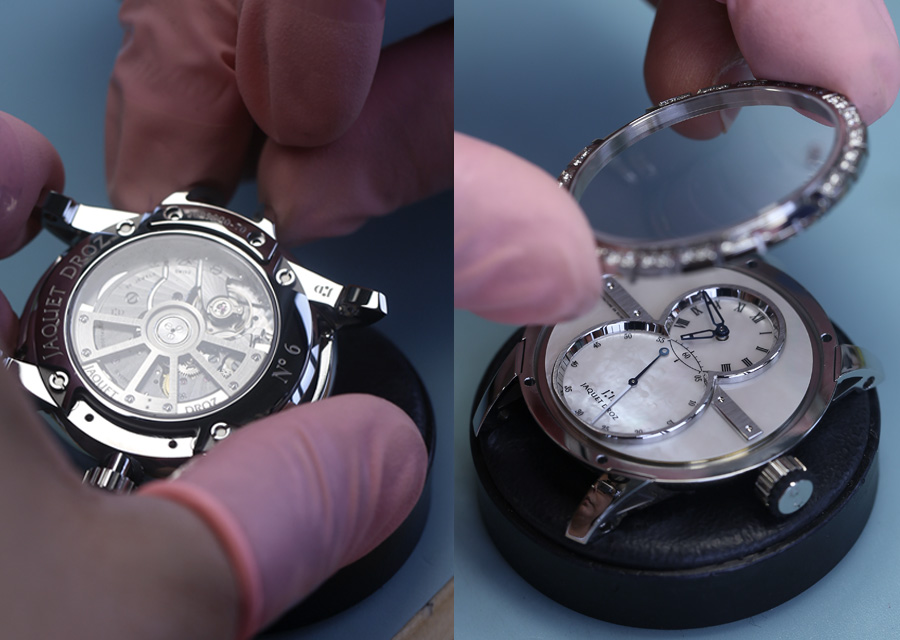 In addition to its twin stars, watch lovers will be able to recognize the secret signature of Jaquet Droz, a cloverleaf, subtly engraved on the movement. A thoroughly sporty and feminine spirit for a timepiece that marries elegance and an ever assertive luxury.