The 2017 edition of the 24 hours of Le Mans is quickly approaching with an amazing challenge announced between Toyota and Porsche ! All the motor sport fans will meet the next 17 and 18 june on the Circuit de la Sarthe to assist to the older and most important world endurance race. Partner of the event since 2001 as “Official Timepiece”, the Rolex manufacture honours the winning team each year with a specific Cosmograph Daytona. 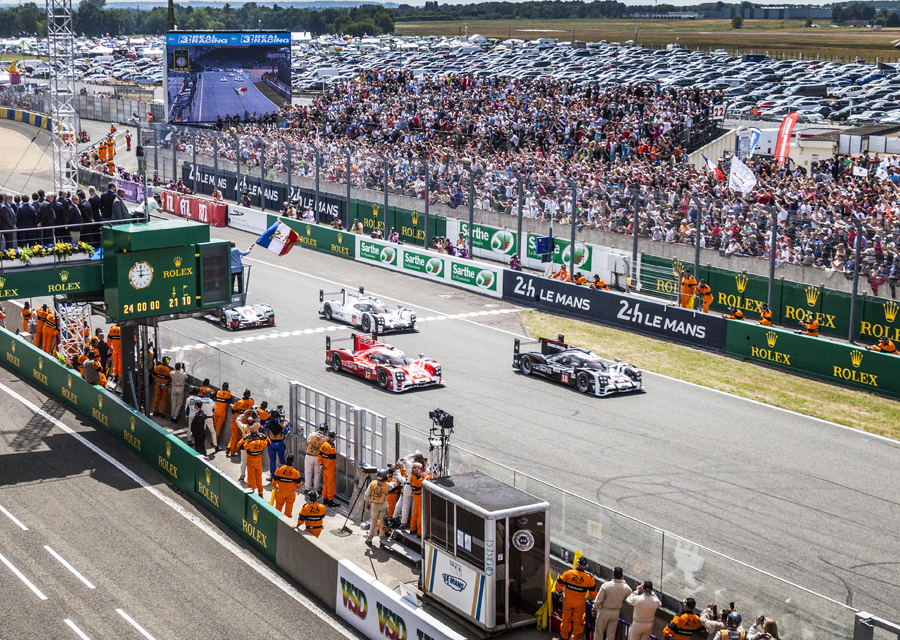 Geneva, Tuesday 16 May 2017 – The attention of the motor sport world turns to France for the greatest endurance event of the year, the 24 Hours of Le Mans, from 17 – 18 June 2017. Sixty cars will line up on the grid before the French Tricolour flag drops to mark the start of the 85th edition of this prestigious event at Circuit de la Sarthe, and the third round of the 2017 FIA World Endurance Championship. 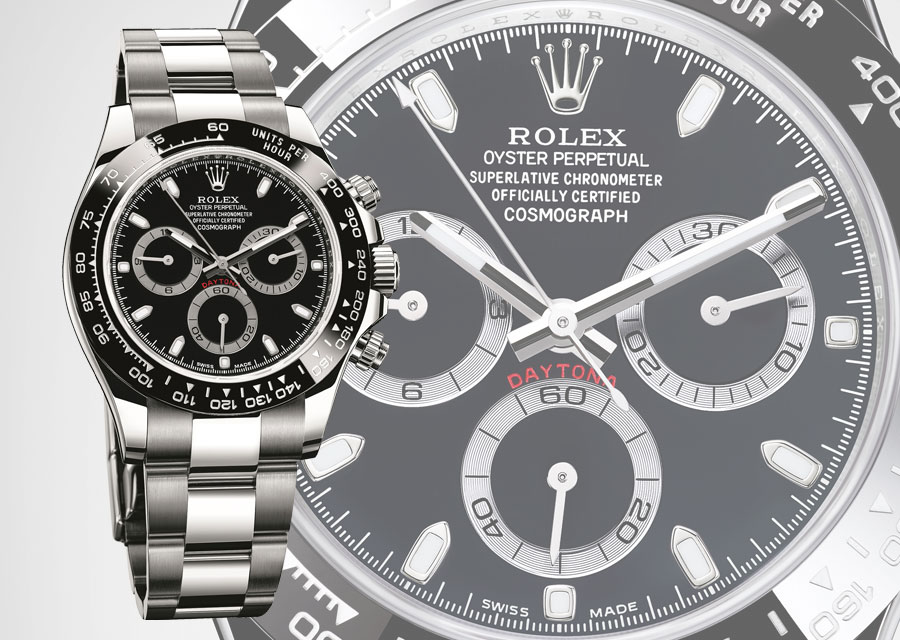 As the Rolex clock begins its 24-hour countdown, the drivers and cars will embark on their quest to conquer one of the ultimate tests of human and technical performance. The 2017 running of Le Mans will be particularly special for Rolex
Testimonee and legendary 24 Hours of Le Mans winner, Tom Kristensen, who this year proudly celebrates the twentieth anniversary of his first ever victory at Circuit de la Sarthe. This significant win marked the start of a successful racing career as the Dane went on to win eight more times at Le Mans, a feat unmatched by any other driver in the race’s lengthy history.

Ahead of this year’s race, Tom Kristensen said: “It does not feel like twenty years ago since my debut win – in some ways it feels like it was only yesterday. When I reflect on my record of wins, at what many consider to be one of the greatest races in the world, with the different cars, teams and teammates during all those years, it makes me feel incredibly proud – it was the best journey of my life.” 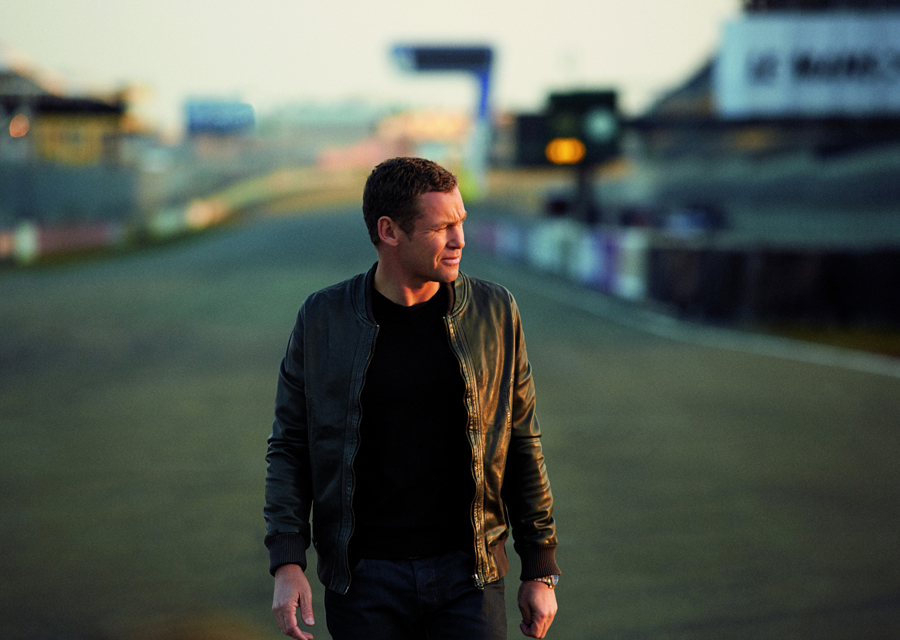 Rolex has been the Official Timepiece of the 24 Hours of Le Mans since 2001, reflecting the brand’s long-term commitment to motor sport at the highest level and passion for pushing the boundaries of excellence and innovation. This year’s race promises to be a thrilling duel between Porsche and Toyota, with the Japanese manufacturer entering three cars in the Le Mans Prototype 1 (LMP1) class in a bid to ward off its rivals, Porsche, who will return with two cars to defend their memorable title win last year. A new independent entry from ByKolles Racing completes the 2017 LMP1 line-up.

A record field is entered in the Le Mans Prototype 2 (LMP2) category with eleventime Formula 1® winner Rubens Barrichello making his race debut for Racing Team Netherlands alongside teammates Frits van Eerd and 1988 winner Jan Lammers. They will compete in the 25-car strong class as the new set of technical regulations, aimed at improving performances and capping costs, come into force in 2017. Ford Chip Ganassi will defend its title with a four-car line-up in the 13-car Le Mans GTE Pro category, also featuring Giancarlo Fisichella, back at Le Mans for an eighth time in Risi Competizione’s Ferrari 488 GTE. Sixteen cars will compete in the Le Mans GTE Am class with Ferrari making up half of the field. 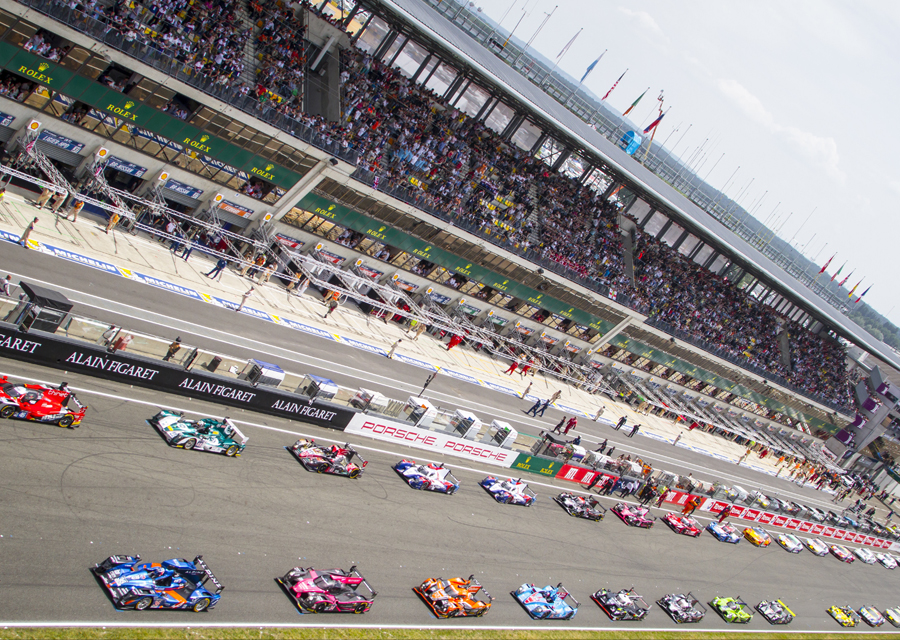 Rolex Testimonee, multiple Formula 1® Grand Prix winner and 2015 FIA World Endurance Champion, Mark Webber, will be the Grand Marshal for this year’s race, driving the pace car during the formation lap and pulling off the track as the race starts. Mark Webber said: “It is a great honour for me to be Grand Marshal at this unique and incredible circuit – starting the race will be an incredibly exciting experience. Having raced at Circuit de la Sarthe I know first-hand how the drivers and teams will be feeling as they prepare for the long and exhausting 24 hours; to finish, and have a shot at victory, the race demands a difficult combination of speed and reliability. The next few weeks are incredibly important for the teams and drivers as they prepare for this mammoth race.”

In 2017, the FIA World Endurance Championship will race on four continents and continue to bring the ‘Spirit of Le Mans’ to motor sport fans in the UK, Belgium, Germany, Mexico, US, Japan, China and Bahrain. In line with its passion for speed and drive to push back the boundaries of what is possible, Rolex partners the FIA World Endurance Championship as well as the three world-class endurance events that have come to form the Triple Crown of endurance racing: the Rolex 24 At DAYTONA, the 12 Hours of Sebring and the 24 Hours of Le Mans. Engine speed and reliability, along with team and driver stamina are magnified during these challenging races, which require unique concentration, skill and mental strength. 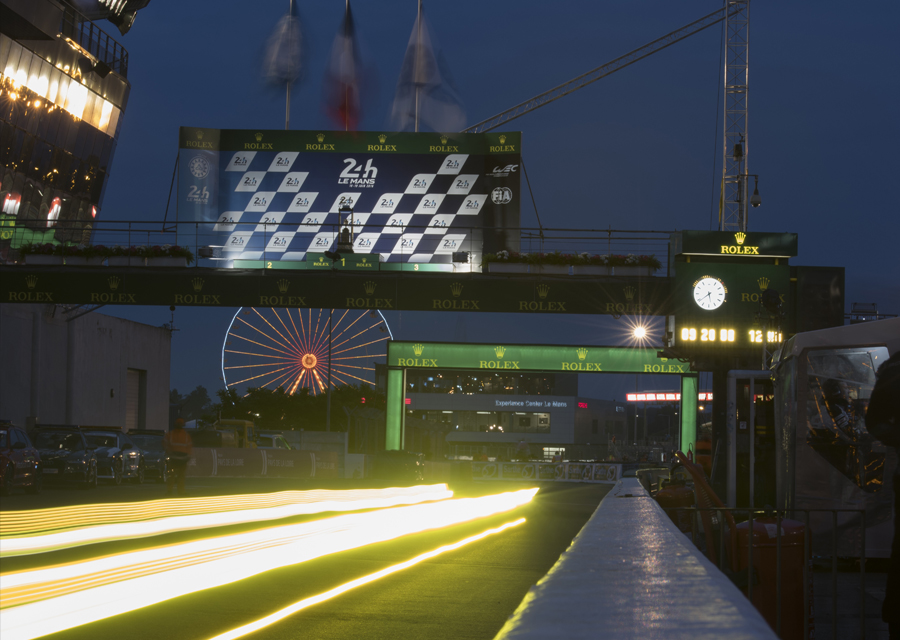 Leading brand of the Swiss watch industry, Rolex, headquartered in Geneva, enjoys an unrivalled reputation for quality and expertise the world over. Its Oyster and Cellini watches, all certified as Superlative Chronometers for their precision, performance and reliability, are symbols of excellence, elegance and prestige. Founded by Hans Wilsdorf in 1905, the brand pioneered the development of the wristwatch and is at the origin of numerous major watchmaking innovations, such as the Oyster, the first waterproof wristwatch, launched in 1926, and the Perpetual rotor self-winding mechanism invented in 1931. Rolex has registered over 400 patents in the course of its history. A truly integrated and independent manufacturing company, Rolex designs, develops and produces in-house all the essential components of its watches, from the casting of the gold alloys to the machining, crafting, assembly and finishing of the movement, case, dial and bracelet. Rolex is also actively involved in supporting the arts, sports, exploration, the spirit of enterprise, and the environment through a broad palette of sponsoring activities, as well as philanthropic programmes.

Further information about the Cosmograph Daytona watch of 2016 with a black and white dial or a black and silver dial.

Further information about the last versions of the Cosmograph Daytona.