A layout redesigned to facilitate access and improve security; a new networking area featuring the creation of a large auditorium; mobile studios for digital communication channels; two major exhibitions; an optimized app, not only giving access to all information useful to visitors, but also offering a chance to view auditorium activity via the online program and live broadcasting of events and presentations… All in all, this 28th edition welcoming its highest number of exhibiting Maisons ever (35) will be resolutely connected and designed to foster conviviality, encounters, exchanges and sharing, as we all meet up and celebrate a passion for Fine Watchmaking. 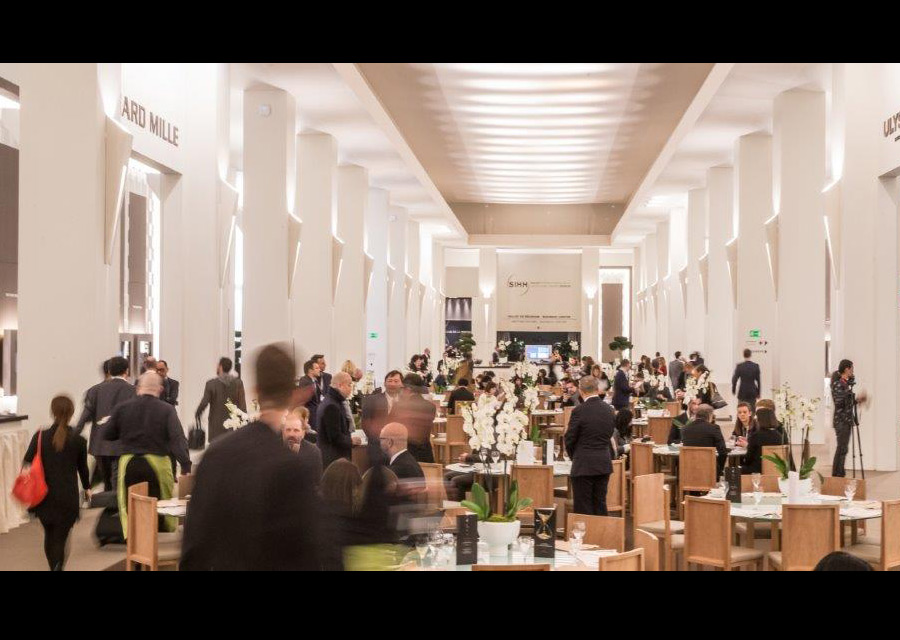 From the moment they enter the 28th edition of the SIHH, visitors will note that this year is different. Resolutely open and friendly, Geneva’s exclusive watch fair has been completely rethought by its organizers to ensure that the demands of an ever-changing environment continue to be met.

The first key new feature is that the reception areas have been redesigned to facilitate access and improve security with the large entrance taking on a theatrical aura in terms of its sheer size and enhancing visitor flows, notably between the accreditations desk and the cloakroom. The Newsstand has also been revamped to enhance its visibility.

Another significant new element is the brand-new “SIHH Live” area at the heart of the Salon. Designed like an actual TV set, it aims not only to provide a communication platform for brands with product presentations, debates and other events, but also to create content that will be available via SIHH communication channels. Open to all visitors seeking to spend a few minutes here to listen, set up an appointment, obtain information, or just enjoy a quiet moment, this entirely connected set will provide images that will notably be broadcast live on the SIHH2018 App. 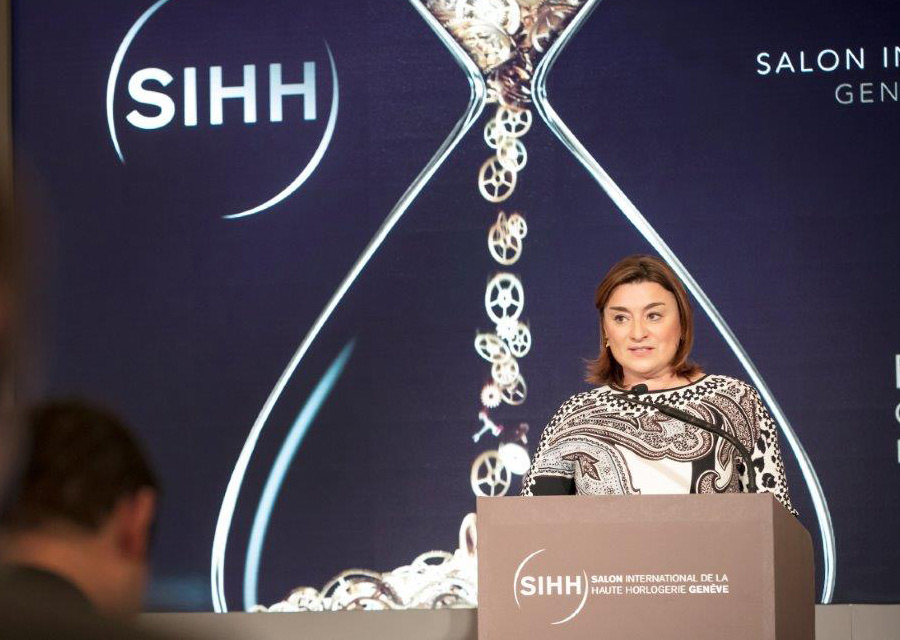 Fabienne Lupo, President and Managing Director of the Salon International de la Haute Horlogerie, said: “The SIHH is the major annual rendezvous for Fine Watchmaking stakeholders. It simply has no equivalent. This year, the major new introduction is the creation of a new place conducive to encounters and open to all-comers, which will serve as a platform for all the exhibiting Maisons. The Salon thus actively fosters ties and generates content.”

The SIHH2018 App has been substantially optimised this year and plays the role of an interactive guide specifically designed for visitors. As well as providing useful general information, transport timetables and a map of the show (acting as a guide and recommending the shortest route between two locations), the App also and above all offers a chance to view what is going on in the auditorium, including the program as well as live broadcasts of events. This tool is intended to be a convenient and easy way of keeping in sync with the Salon in real time.

In addition, facilities have been further enriched by new mobile “White Box” studios specially set up in strategic locations around the show to facilitate digital communication channels. VIP lounges are also available for hosting private clients.

While the SIHH is essentially dedicated to presenting the year’s new launches, it never loses sight of its cultural mission. Two magnificent exhibitions are being staged: the first features a first ever gathering of 19 Cartier mystery clocks. It represents a chance to discover horological masterpieces endowed with technical sophistication and style that rank them as authentic works of art. The second, entitled “The Beauty of Time”, walks visitors through some of the most magnificent timepieces from the Middle Ages to the present, coinciding with the publication by the Fondation de la Haute Horlogerie – in partnership with Flammarion – of the book by the same name.

Finally, watch Maisons are becoming increasingly drawn to the SIHH formula and opting in. Whereas the Salon had 16 exhibitors three years ago, that number has now risen to 35, with this year’s edition seeing the arrival of six new prestigious Maisons. Hermès has become the 17th historical Maison, while Armin Strom, Chronométrie Ferdinand Berthoud, DeWitt, élégante by F.P. Journe and Romain Gauthier are joining the “Carré des Horlogers” that now comprises 18 brands.

While remaining a quintessentially professional Salon, the SIHH is nonetheless determined to reach out to a new audience of Fine Watchmaking aficionados. Given the success of last year’s public open day, another is being organised this year on Friday January 19th (the last day of the SIHH) at which visitors will be able to undertake a leisurely exploration of the architectural marvels of the stands and the splendours they house. Prior registration is required and can be done via www.sihh.org