In 2016, Patek Philippe is celebrating the 40th anniversary of its casually elegant Nautilus collection. For many aficionados and connoisseurs of classic watchmaking artistry, this is a memorable occasion as well. A look back to 1976 not only shows how quickly and dramatically the world has changed since then but also illustrates how well the Nautilus has stayed its course across four decades in terms of design, dependability, and popularity. With two limited-edition Nautilus 40th Anniversary models, the manufacture manifests its ability to keep pace with the times while preserving the key facets of a legend. 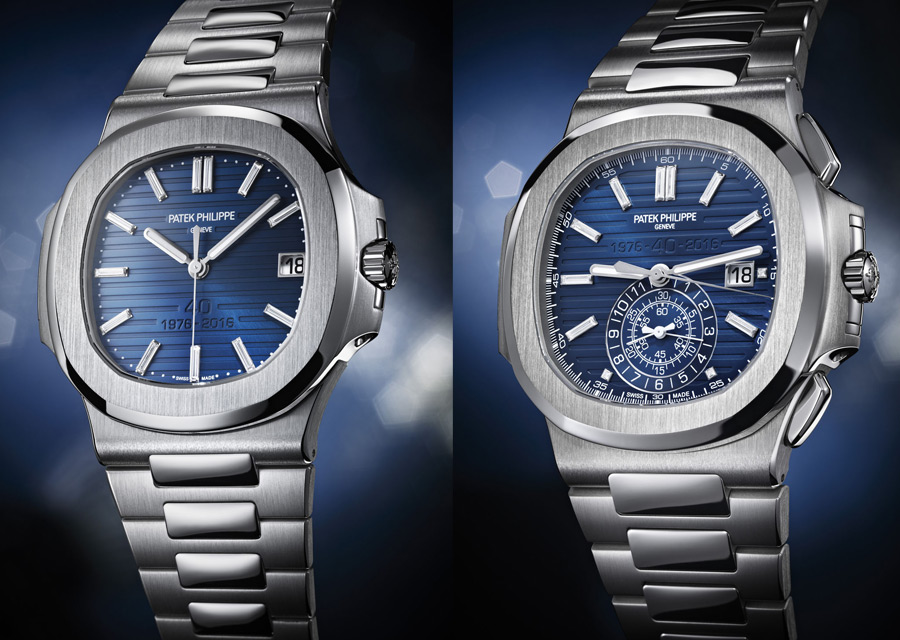 The Nautilus by Patek Philippe. Timelessly contemporary for 40 years

The year 1976 was in the middle of a decade characterized by social, economic, political, and cultural upheavals. A spirit of invigoration emerged to finally overcome the somberness of the post-war years. Anything that was pleasing was also permissible. That applied to hippies and to those people who set up businesses in garages during the fledgling years of the computer industry. Growing affluence freed leisure time for sports, travel to faraway places, cultural interests, and intellectual discourse. People worked to live rather than living to work. Philippe Stern was a typical representative of this generation. It was his grandfather Charles, along with brother Jean, who in 1932 had acquired Patek Philippe, a respected watchmaking company. In 1976, Henri Stern was president of the family-run enterprise, and his son Philippe, who already held an executive position, was poised to succeed him. It was the right time for a show-piece, so he decided to launch a sports wristwatch for the first time in the 137-year history of the manufacture. In close collaboration with Gérald Genta, one of the most gifted watch designers of the 20th century, an innovative timepiece began to take shape, one unlike any seen at Patek Philippe or in the entire watch industry for that matter: the Nautilus Ref. 3700/1A. It was voluminous and made of steel, although the prevailing trend favored very slender watches in gold. It was water resistant to 120 meters, a sensation at the time. And unlike any other wristwatch, it embodied a maritime, nautical aspect: Philippe Stern was a passionate skipper and successful regatta contestant on Lake Geneva. 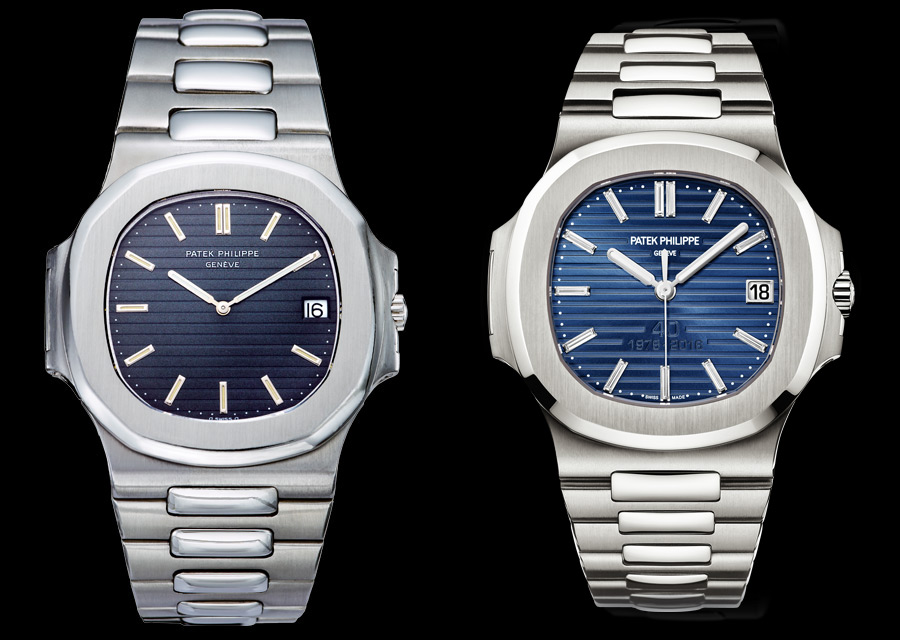 Innovative in design, construction, and communication

The salient features of the Nautilus Ref. 3700/1A were two lateral case extension ridges at 9 and 3 o’clock, resembling hinges that joined the two-part case ensemble (conventional cases consist of three parts). They were inspired by the locking mechanisms of classic ocean liner portholes that could be sealed to prevent the ingress of water. The crystal was framed by an octagonal bezel with gently curved sides and rounded corners, satinfinished on the upper plane and mirror-polished on the beveled flanks. The solid stainless steel bracelet featured the same matt/gloss effect. Despite its ruggedness, it was surprisingly supple on the wrist. The dial, in a blue-tint charcoal, stood out with a horizontal embossed pattern and was graced with applied luminous baton hour markers to match the slender luminous baton hands. For this oeuvre, the name Nautilus was a perfect fit, whether it was associated with cephalopod mollusks and their beautiful spiral shells or with Captain Nemo’s submarine that Jules Verne dispatched on a perilous expedition in his book Twenty Thousand Leagues Under the Sea.

Patek Philippe also explored uncharted territory with the Nautilus launch advertisements and headlines such as “One of the world’s costliest watches is made of steel” and “It goes with a wetsuit as well as with a tuxedo”. Pioneers don’t always have an easy start. But within just a few years, it turned out that the argument behind the Nautilus – casual AND elegant – carried far more weight than concerns regarding the size of the watch and stainless steel as the case material. Those who possess an original Nautilus Ref. 3700/1A today own not just a milestone in horological history but also a precious collector’s piece envied by scores of watch enthusiasts. 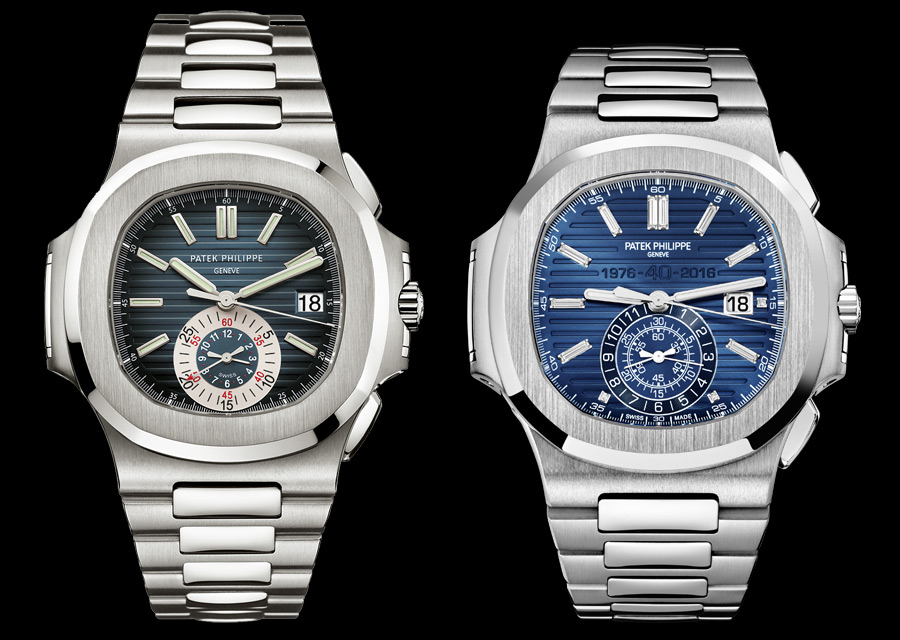 The subsequent history of the Nautilus follows a stringent logic that is illustrated in the annex with the chronological model overview spanning the last 40 years. The original Nautilus Ref. 3700 was launched in steel in 1976 and remained in the collection until 1990. The gamut was continuously extended with further models featuring different case metals, sizes, and dial designs. Key debuts included the 1980 Ladies’ Nautilus Ref. 4700/51J as well as the 1981 Ref. 3800/1 and Ref. 3900/1 midsize models. They were followed in 1996 by watches with Roman numerals (Ref. 3800/1JA) and the first model with a leather strap that foretold the launch of the Aquanaut in 1997. The first complicated Nautilus Ref. 3710/1A with a winding zone indicator IZR was presented in 1998, followed in 2005 by the Ref. 3712/1A, which was the first model endowed with a moonphase display and a powerreserve indicator. To commemorate its 30th anniversary in 2006, the design of the Nautilus collection for men was subtly reworked, the twopart case superseded by a threepart construction, and crowned with the launch of the Ref. 5980/1A selfwinding flyback chronograph model. The 2010 launches introduced the Ref. 5726A Annual Calendar Nautilus with a leather strap (the Ref. 5726/1A bracelet version followed in 2012) and the first chronograph with a leather strap (Ref. 5980R). In 2009, in cooperation with Gérald Genta, the ladies’ collection was delicately reworked and updated. New versions with leather straps and steel bracelets as well as more feminine dials were added in 2013. The first selfwinding Ladies’ Nautilus (Ref. 7118/1A) in steel without diamonds was presented in 2015. 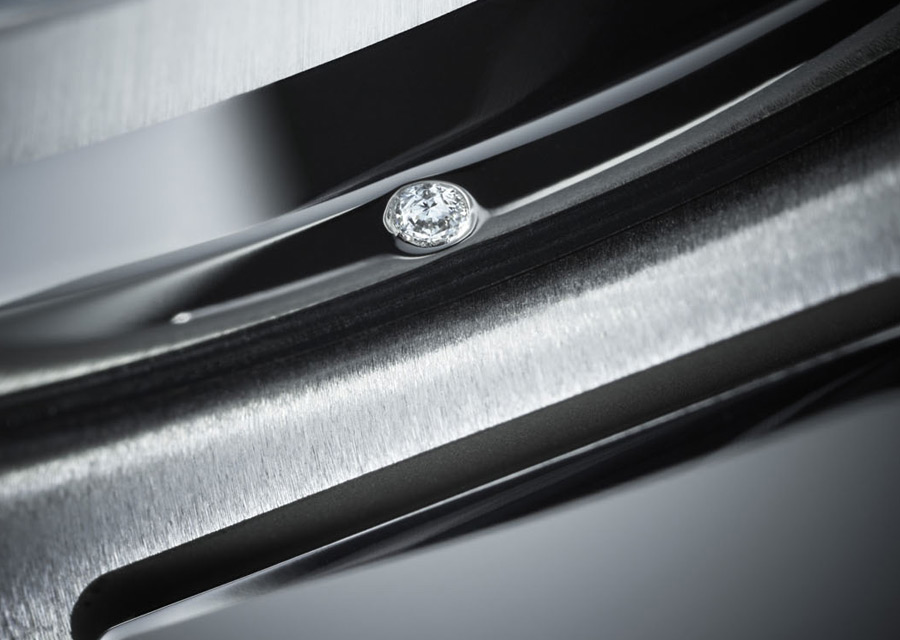 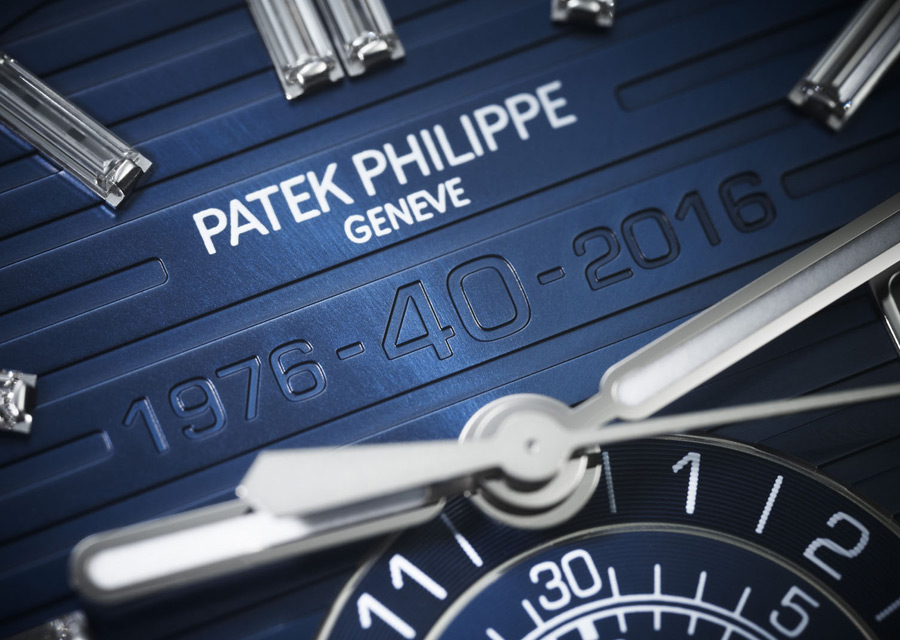 The limited-edition Nautilus models launched on the occasion of the 40th anniversary subtly allude to the history of Patek Philippe’s first casually elegant model family. The Ref. 5711/1P with the 40mm platinum case pays tribute to the original Nautilus Ref. 3700/1A “Jumbo” dating back to 1976, while the 44mm Nautilus flyback chronograph Ref. 5976/1G salutes the tastefully redesigned 30th anniversary collection introduced in 2006. Both models feature a blue dial with diamond hour markers, the typical Nautilus embossed decor, and a discreet recessed anniversary logo.